Desi Dogs And Their Love Affair With Parathas (And Ghee) 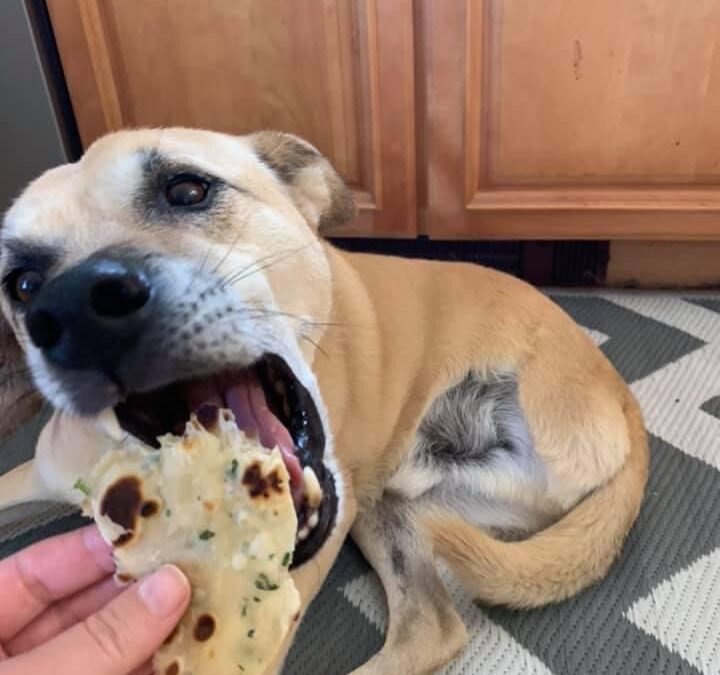 Us humans can be quite nostalgic about food — what we ate growing up is often extremely appealing and comforting to us throughout our lives. We recently discovered that it seems to be the same for desi dogs.

You Can’t Take Desi Out Of A DesiDog

DAR Founder Deb recently updated social media about our most recent Meals With Mini cook-along in which participants cooked lachha paratha. Lachha paratha is a type of flaky Indian flat bread, delicious served with butter or ghee. In the post, Deb mentioned that her desi dogs go crazy for Indian bread and quite rightly said “you can’t take desi out of a desi dog”. 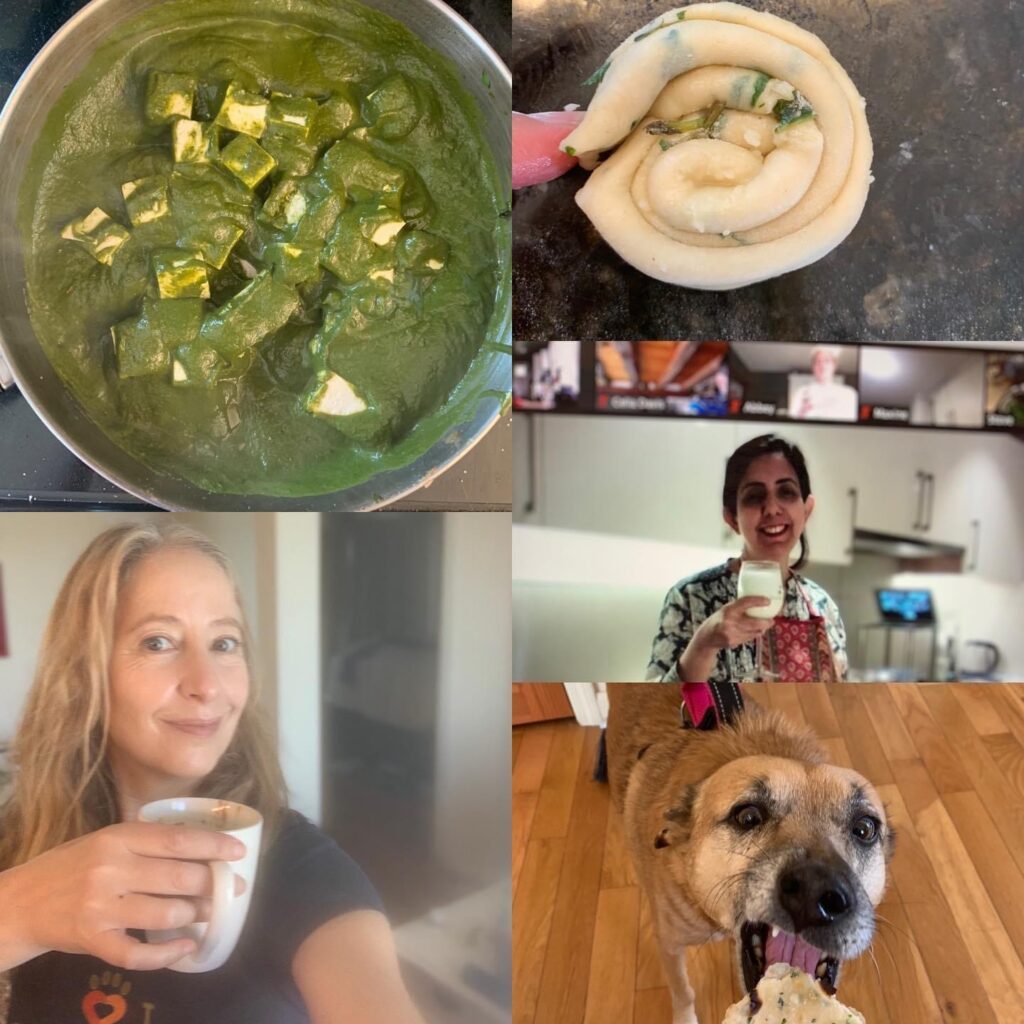 I immediately commented on the post because it is exactly the same scenario with my desi dog. Like most Indian street dogs, she grew up on leftovers such as roti and other Indian breads. Once she got adopted, she was known to show her disapproval if a roti didn’t have ghee slathered on it by burying the dry roti in the garden!

Whenever my husband is making naan or paratha, boom! She is there in the kitchen, drooling behind him like, well, a hungry street dog! She can’t get enough, and will not touch Western style bread, even with butter. I tell him it’s because it’s made with love, by his hands. I don’t know enough about dog psychology to know what they associate with food but it’s almost like it’s a throwback to their days in India. They do remember!

Let’s talk about ghee for a second. Because although dogs do seem to like wheat, I am pretty sure the alluring ingredient is the ghee or oil used. Ghee is clarified butter that is used in Indian and some South Asian cooking.

I was talking to a friend the other day about my dog’s joint problems. She has just gotten a diagnosis of arthritis in her hip and a little spondylosis in her spine. My friend immediately said to me “why don’t you try ghee?”

This sparked my interest because try as I might, I cannot get Charlie to swallow her joint supplements. I even bought some that look like dog treats, but no. You can’t take desi out of the desi dog! Rotten carcasses rank way higher than supplements. 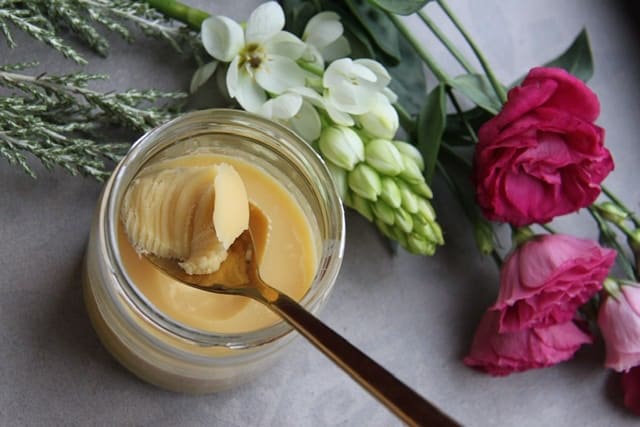 So, I started to read up about ghee. I knew that Ayurvedic doctors recommend ghee to humans for all sorts of reasons, but is it good for dogs? The answers out there are mixed. As with most dietary advice these days, it has benefits and drawbacks.

Some of the benefits include that it does lubricate hips and joints, helps maintain a shiny coat, and has certain beneficial vitamins. However, the advice is clear — use it sparingly. The critics out there say it’s way too fatty for dogs and will cause stomach problems, which is not what we want.

Some healthier alternatives could be coconut oil, olive oil, avocado oil or simply oily fish and meat. I do think that the solution is perhaps the same for dogs as humans — keep it varied without overdoing it on any one thing.

If any of our readers have any great suggestions for joint supplements that their dog will actually eat, please feel free to comment below!

Having said all that — I will still be giving her the odd paratha with ghee for a treat. Unless dogs have allergies or intolerances, the odd treat of something they love surely feeds their soul. So, it’s ok to indulge now and again.

With that in mind, if any of our readers want to learn to make Indian breads or more about Indian cooking while helping Indian strays, sign up for Meals With Mini. April 10th sees her delving into Western Indian cuisine, including Thepla, a Gujarati flatbread. Desi dogs around the world will be zooming to the kitchen that evening! 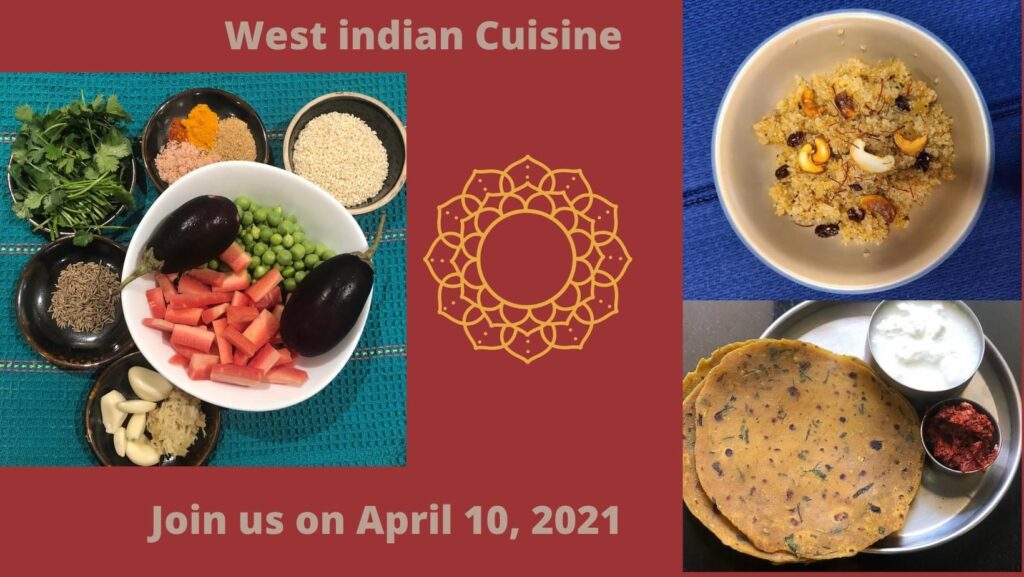