Why Arthritis Need Not Slow Your Dog Down 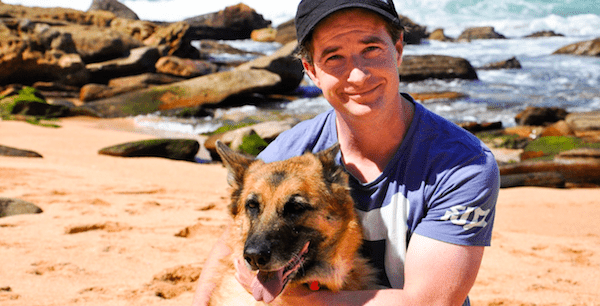 When my dog developed arthritis, it was the best thing that ever happened to us.

You might be thinking, ‘Surely not? That sounds insensitive―almost cruel! Why would you say that?’ Or maybe you’re just thinking I’m some crazy guy who’s lost the plot. But let me tell you why that’s not the case.

I’ve been working with dogs as a rehabilitation specialist and acupuncturist for over twelve years now, but it was only when Kia, my closest companion and best friend for thirteen years, started to struggle with arthritis that it became my mission and, indeed, my passion to do all I could to minimise the pain of her heart-breaking condition. In my quest to help Kia I have developed effective, natural, non-invasive, non-pharmaceutically based arthritis treatments and care for other four-legged friends too.

Kia always loved her two walks a day―morning and evening―but one day she refused to go for her evening walk and that was it: we were done with two walks a day. I was upset about this initially, as our evening walks were a special time for me. I just loved watching her run free across the park whilst I put the the world to rights in my head.

Now, looking back I realise there were some signs that this was coming. In her early years she used to come jogging with me, but when she reached the age of about eight, it became hard for her to keep up with me. So the morning jogs stopped. Instead, I spent more time walking along the beach with her and watching her swim. This seemed to take years off my Kia. 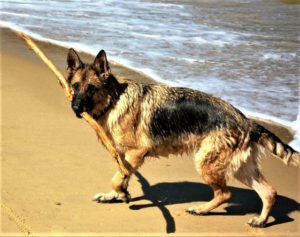 Kia at the beach

Eventually, though, the natural aging process started to take its toll. I would occasionally hear the drag of her nails across the floor and she began to find it hard to get out of bed in the morning.

I had already been taking steps to minimise the impact of her day to day life on her joints. I would lift her in and out of the car. I had stopped throwing the ball for her because she would often be stiff and sore afterwards.

But as my girl approached her twilight years, it was obvious that she was affected by arthritis in one of her hips. I regularly massaged it, which had always helped to loosen her up and keep her mobile, but now it was clear that she needed something more. This was the turning point. I realised that I had to step up my game to do all I could to help her.

When I first started working with dogs, I wanted to help every dog with every injury or issue they had, but Kia’s arthritis gave me the opportunity to focus on one important issue, an issue that will affect more than one in four dog carers at some point in their life.

Every night I would spend time using different strategies to help Kia―acupuncture techniques, massage, and heat packs. Kia loved the extra attention, and she improved significantly with the new natural, non-invasive treatments I was developing. She never needed any pain medication to manage her arthritis and had a new lease on life that few senior dogs get in their twilight years. She was happy, active, and pain-free.

It became my obsession to not only find the most effective ways to help Kia, but to put them to use on the ever-increasing number of dogs I encountered that were struggling with the pain of arthritis. I would watch how all the dogs in the park moved, not just the oldies, and it became obvious to me that arthritis isn’t just an issue for older dogs. Many younger dogs struggle with it too. 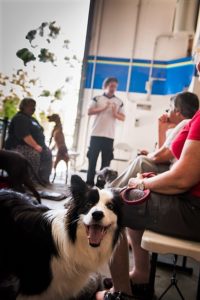 Tim teaching owners how to help their dogs cope with arthritis

Their owners often think they are just slowing down as they are getting older. Some give them medication for the pain―in some cases that helps a bit, in others it doesn’t. Many believe that there is nothing else they can do to help relieve the pain and misery of their dogs. But they are wrong.

My work with Kia has helped me to develop a wide range of effective, natural and non-invasive techniques that can make a life-changing difference for dogs suffering from arthritis. These involve a few simple tweaks to their diet and some adjustments to the home environment to make it safer and less of an injury risk to the dog.

Through learning some simple massage, stretching, joint mobility, acupressure, and strengthening exercises you can make a real difference to your dog’s quality of life and even their longevity.

It is crucial to engage in a program of care, because if you are not actively doing something to help your dog, then you are unintentionally allowing arthritis to impact your dog’s quality of life.

Kia’s arthritis gave me the chance to look back at her life with no regrets or guilt about what I could or should have done or not done. I am grateful to have helped a beautiful old soul live a long active and pain-free life.

So was Kia’s arthritis the best thing that ever happened to us? I’ll let you make you your own mind about that. All I know is it has given me the opportunity to help hundreds of dogs with arthritis live a longer and happier life, and show dog carers how to help relieve their dog’s pain so they can have more precious time together.

I will always be grateful to Kia for helping me find my passion and make a positive impact on so many of our beloved four-legged friend’s lives. 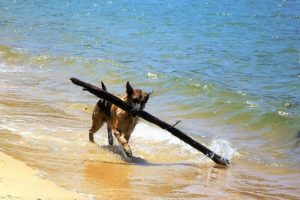 Kia taking on the world 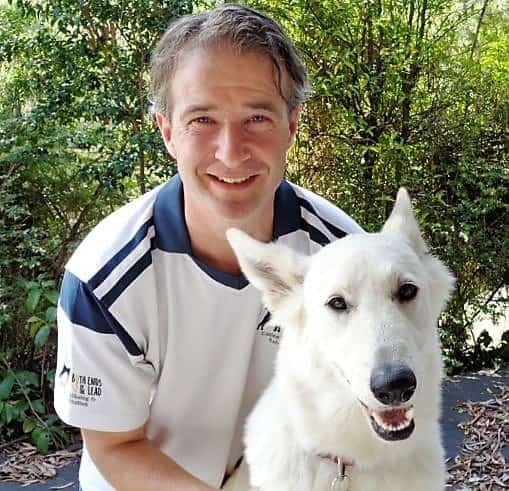 Tim Norris is a certified canine rehabilitation practitioner and a registered acupuncturist, specialising in arthritis and senior dog care. His passion is helping senior dogs and dogs with arthritis by relieving their pain and enabling them to live longer, with the best quality of life possible. He offers caring, committed dog owners a natural, non-invasive approach to arthritis management and senior dog care through workshops and an online learning centre, assisting dog carers to be actively involved in helping their dogs live long and happy lives… because they are family and they are worth it.