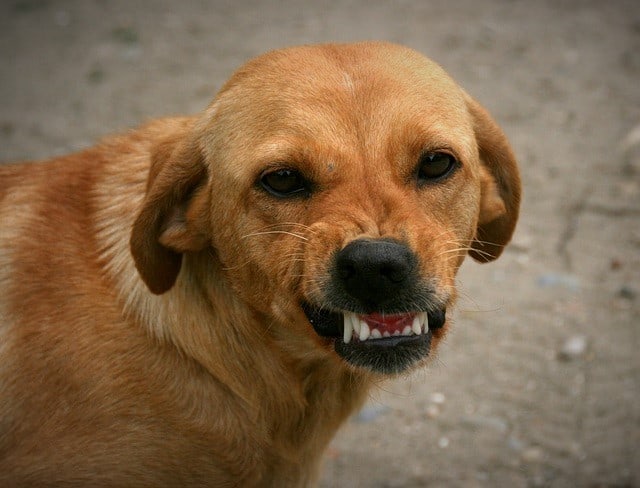 Stray dogs, or desi dogs as we know them in India, can be bit of a tough subject, especially when it comes to dog attacks.

Most of the time the street dogs of India are a harmless, an integrated part of the community―barking at night and harassing the coolies being among their worst crimes. People live alongside them, tolerate them, and some goodhearted folks even enjoy having them around―giving them names and providing food, bedding, and medical attention when needed. But let’s not kid ourselves, it is a coexistence that, on the whole, is tentative at best.

However, when there is an outbreak of rabies, or when street dogs attack people―as is reported to have recently happened in Sitapur, Uttar Pradesh―the delicate balance of the dog/human coexistence is broken. It is not uncommon for vigilante groups or individual concerned citizens to take matters into their own hands, and while exterminating rabid or killer dogs might seem like the only smart thing to do, the way people go about it can be horrific and misguided.

In India, where the street dog population is estimated at around 35 million, you hear about this sort of thing far too often: Rabid dog clubbed to death with a branch; killer street dogs being shot and strangled. Of course, rabid and violent dogs need to be dealt with, but there are certainly better ways to do it (a government funded vaccination program being one of them.)

The biggest issue, in my opinion, is the passing of the sentence by misinformed or unqualified people. If a dog is behaving strangely, it may indeed have rabies… or any number of other ailments. Rather than beating the thing to death, calling a local rescue centre or the Department of Animal Husbandry and getting them to deal with the animal in question is by far a better (and safer!) way to handle the situation.

The same goes for violent street dogs. As illustrated in a recent article in the Washington Post, friendly, docile street dogs in the Sitapur area are having to be protected from vigilante groups seeking to clear the streets of killer dogs after a series of attacks on children. But the article goes on to say that eyewitnesses of the attacks, which have left six children dead and many more wounded in the last week alone, claim the dogs involved are not regular street dogs, some even going as far as to suggest that they are in fact hyenas―which may actually be more plausible, considering the attacks are so out of the ordinary that scientists have been sent in to try to determine what has caused the dogs to turn on children.

Sharnon Mentor-King is a freelance writer and editor from New Zealand, currently living and writing in Dharamsala in northern India. As well as bagging on about street dogs, she also writes bad poetry and excellent young adult fantasy. She has been working on her first novel, A Way to Return, for nearly half her life, and if she ever finishes it, it will be a miracle. Let us pray.