The Business of Dog Smuggling and How it Works 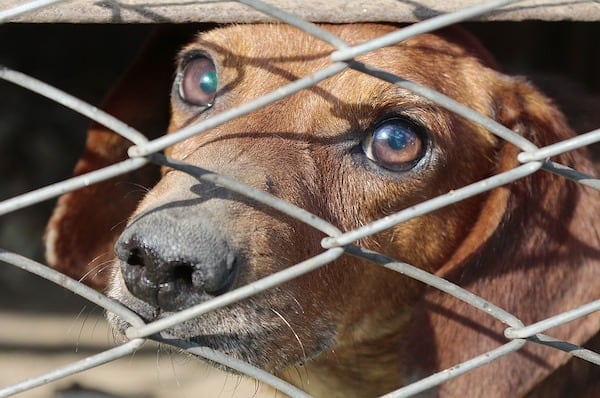 One of the largest animal welfare issues is the one that most people aren’t aware of: puppy trafficking. As the popularity of pets, dogs in particular, continues to rise, the illegal business of dog smuggling has seen immense growth all across the world, including the United States, the United Kingdom, Italy, Thailand, Singapore and more.

Animal smuggling is on the rise, and wannabe pet owners, looking for “designer” dogs and young pups of specific breeds, buying dogs from illegal breeders or other unidentified sources, are the reason why this problem has gotten completely out of hand.

Smuggling is the act of either sneaking in goods and merchandise (including animals) from one country into another or falsifying documentation in order to do so. The main motivation for this illegal task is profit. There are often three reasons smuggled goods make money:

In order to understand how the business of dog smuggling (or puppy trafficking) works, it’s important to look at determining factors, such as economic structures of border countries and states as well as the policies that make smuggling more or less difficult.

We continue to be astounded at the lengths these deceptive breeders and dealers will go to in order to illegally import puppies to make huge profits.

Smuggling occurs as a way to get around unsavory legislation (often imposing tariffs or border regulation) while further legislation is created to put a stop to smuggling.

It’s difficult to stop a system that works so well, however. When an item is in demand, two parties play key roles and both benefit: the Buyer gets what they want (a coveted item) and the Seller gets what they want (money). And while many associate smuggling with firearms and drugs, there’s another item on the rise: puppies.

Currently, the pet care industry is one of the largest and fastest growing in the world. Americans spend an estimated $1,200 on their pet each year (not including routine veterinary care). The American Pet Products Association estimated that the U.S. spent over 72 billion dollars on pet care products in 2018; that’s a jump from the amount spent during 2017: 69.51 billion. While the desire for having dogs as pets in America is apparent, smuggling of these common household pets is made easier by the economic differences between the United States and its neighbor, Mexico.

The U.S. and Mexico border illustrates a mutually-beneficial, albeit illegal, operation of puppy and dog smuggling. Dogs purchased in Mexico for as little as $50 are transported to the United States where Americans are not only willing but able to pay as much as $1,000 for their new pet. Small dog breeds such as Chihuahuas, Poodles, and French Bulldogs are some of the most sought-after and can fetch a pretty penny.

Sadly, many of these animals come from inhumane conditions and carry life-threatening diseases, such as distemper and parvovirus. These diseases are not only brought into their new country, but typically lead to an early death, causing both heartbreak and costly veterinarian bills for the owner.

This pattern is also seen in the economically successful city-state of Singapore, where animal smugglers risk jail time and penalties in order to illegally export puppies from surrounding, more impoverished communities to find a wealthier market. Many other countries, including Thailand, China and Vietnam, are also dealing with this problem, albeit less successfully than the U.S. In Thailand, in one month alone, it’s not unusual for a single patrol to rescue approx. 800 dogs inhumanely stuffed into wire cages.

As dog smuggling business continues to experience growth due to popularity of pets, the West isn’t unaffected either. Many European countries are aware of this problem but little is done to deal with it effectively or discourage animal smuggles further. The United Kingdom has also seen a steady rise of profitability when it comes to pet accessories, foods, and toys, with the most current statistics showing over 5 billion euros annually. The country has become a telling example for how policy can affect the global rise of dog smuggling.

The U.K. has seen dog smuggling escalate rapidly within the past five years, with a spike occurring during the holiday season of 2017. Puppies as young as four weeks old are illegally trafficked into the country on a regular basis. The date the problem became worse isn’t a direct correlation to the Brexit vote results during the summer of 2016 as much as it is an issue of supply-and-demand and the introduction of The Pet Travel Scheme (PETS) in 2012. Due to this and other related legal loopholes, dog smuggles are now motivated to commit to 30-hour trips from Europe to the U.K. in order to traffic as many young pups into the country as they can.

PETS allows dogs of only 15 weeks of age to travel into Great Britain and Northern Ireland, and it also commits to a more lax stance on vaccinations. And although the decision to leave the European Union isn’t set to greatly affect the United Kingdom until well into 2019, some politicians and citizens alike anticipate complications with both trade policies and border control (especially the 300 mile stretch between Northern Ireland and the Republic of Ireland, which has remained peacefully unprotected for the past 40 years). However, many animal welfare organizations in the U.K. are calling the Brexit referendum an opportunity to reverse PETS. Whether this opportunity will be acknowledged and properly applied is yet to be seen.

However, change to or further regulation is not guaranteed to end illegal puppy transporting. In truth, so long as demand for “designer” breeds exists, illegal activity will find a way to operate and supply this demand. Dog smuggling acts much like any other legal business would: there’s a hierarchy of “employees” who all play specific roles in order to dodge legislation and at the end of a successful work day, there’s a paycheck. And the bill is fitted by ill-educated buyers.

Moreover, the legal system and authorities still do not take puppy trafficking (or animal cruelty) as serious as they should, and the laws in many countries – including the U.K. – are often too lax. Punishment is mild enough for dog smuggles not to be discouraged to profit from this illegal activity. For example, a 54-year old man from Killearn Crescent, Plains was only given a “ban” and a $3,300 fine for mistreatment and trading of many dogs, even though it’s been known to investigators that the man has a long history of animal cruelty.

The Buyers of Smuggled Dogs

A large part as to why dog smuggling works is due to those purchasing a pet that was illegally and often inhumanely transported. Many animal welfare organizations across the globe attempt to educate the community about the importance of knowing their puppy’s seller, but informative pamphlets and blog posts often fall by the way-side as soon as a future-owner sees floppy ears and cute puppy-dog eyes. 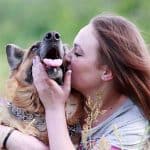 Diana currently lives and works in London, UK and she’s been an animal lover and dog owner since she was a child. After graduating high school, she focused on getting her degree in English to become a writer with a focus on animals, pets and dogs.