The Buddhist Teachings of a Street Cat. 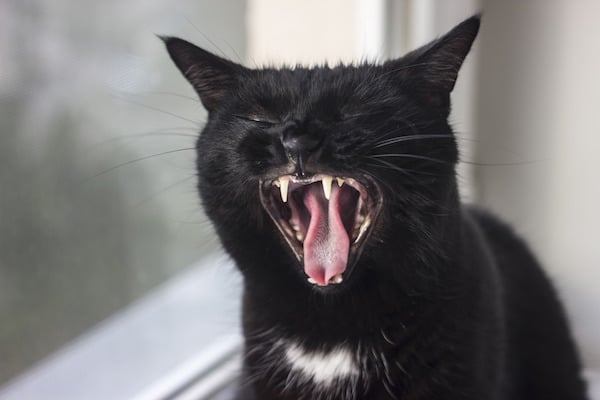 It was the first cat I had seen in Mcleod Ganj, and she was a wretched sight.

Shimi Chimi (I would come to name her), was skinny, her black fur clumped in rough and dirty patches.  She had several long strands of drool flowing from her mouth.  Her eyes were dazed, to say the least.

My heart ached for her obvious suffering.  Being a lover of cats, I already shared my space with two, adopted when I lived in Bihar.  They were protective of their territory—my apartment—and would not tolerate any interlopers.

Shimi Chimi remained in the back of my mind.  Her suffering was not to be forgotten.  It’s clear in Buddhism that we should do everything we can to help others, and that’s saying it in a simple way.

I began to wonder how I could find her again: Perhaps, if I go to that same spot with the cat cage and wait? Next, I began to wonder about myself: Why didn’t I pick her up when I had the chance? What kind of Buddhist am I?

I looked at my own two healthy, active, Bihari companions and rejoiced in the fact that they were not left on the streets in Bodhgaya to fend for themselves.  There is the myth that cats have nine lives, but really, how long do street cats live?  Shimi Chimi was pushing her luck in her current state.

“Karma”, or chance, depending on who you are, produced the best possible outcome.  My two Biharis and I moved into the building where Shimi Chimi lived.  I found her sleeping beside my balcony, absorbing as much sun as possible to warm her protruding bones.  We also met on the stairs, she teetering on all fours but not wanting to move away from the affection being given to her.  On closer inspection, I found her to be like the malnourished rescue dogs at DAR,…fur riding over the bones like a roller coaster.

When it came to feeding, I believed her natural inclination as a carnivore was to be respected.  I had the reason and logic to choose my own diet and lifestyle, but I did not believe in projecting it onto others, especially when they were in the Felidae family.

Very quickly, she realized that she could rely on me for two square meals a day.  My lovely Biharis couldn’t work out why their food supply dwindled so quickly, nor could they work out how to hook Shimi’s food through the balcony enclosure.  It did not matter how many times my eldest ran at her hissing, Shimi was the equivalent of some mountain yogini, not distracted from her single-pointed concentration on the task at hand. 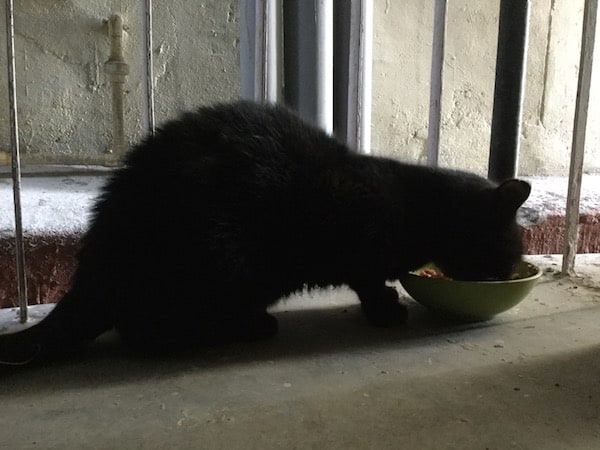 Every morning and every afternoon she stood at attention, watching me through the door as I cut up meat for her tender mouth.  Shimi did not hesitate to tell me to hurry up.  I suppose being the eldest out of all of us permitted such behavior. She had very few teeth left and took her time eating, more drool streaming out as she picked up each morsel.

It took two months before her coat had the same glossy sheen as my Biharis.  Her hip bones still protruded more than desired, but we persevered.  One day she met me on the stairs, demanding that feeding time be brought forward.  I crouched down to indulge her conversation and realized that she was now the equivalent of a thoroughbred, sleek and ready for action.  Her eyes were bright, and her new-found energy left her equipped to handle the monkeys, dogs, and territorial cats that she shared the streets with.  The manner in which she threw herself onto the ground to permit affectionate access spoke volumes.

To help someone not only regain their quality of life, but lengthen it, brought a depth of joy that is, even now, difficult to describe. It was a classic, and sometimes undervalued example of using a life and resources to directly benefit another.

Right now, Shimi Chimi is asleep beside my balcony enclosure. I find that winter makes her a permanent resident of that sun drenched spot.  It also makes her insist that she be fed more often, but I am not taken in by her argument, despite my inclinations.  I am a self-professed cat lover whose heart leaps whenever I see one. I completely understand why the Egyptians considered them sacred.

If cats had their way, we would be human plebs in palaces built for the sole purpose of meeting their every whim and demand.  Perhaps I live in one already…judging by how many decisions are made with their welfare in mind. In my little apartment, the cushions, chairs, and blankets are in the best spots and reserved for non-humans. And Shimi Chimi’s continuous commentary on my food preparation skills is welcomed for as long as she lives.

Life is indeed richer for it.

Images: Pixabay and Author’s Own 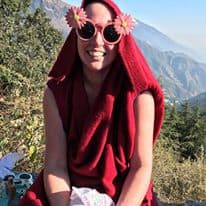 Lozang Khadro has been an ordained cat lover in the Tibetan Buddhist tradition for seven years, and has lived in India for four years.  Her hobbies include: reading, learning with the purpose of challenging her incorrect assumptions, and asking her cats if they need anything.  She believes an altruistic motivation is the best moral compass we can have.  Her favourite modern proverb is by Imam Afroz Ali and believes it is much needed in the world today, “Even if you do not like or respect the behaviour or words of another, you must respect them because we are all the same.”