Don’t Leave Your Pets Behind 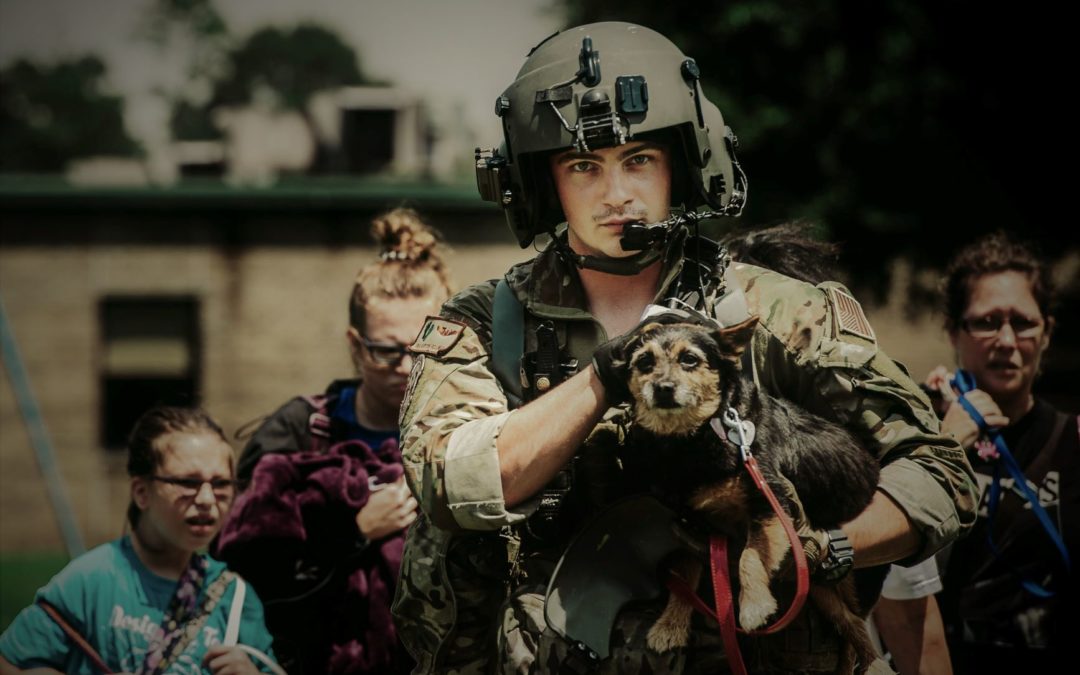 We knew it was coming. There was ample warning. Hurricane Florence was predicted and monitored from late August this year and its progress was tracked across the Atlantic.

By September 7, it was becoming evident that the storm would severely impact the Southeastern and Mid-Atlantic United States, and on September 10 and 11, North Carolina, South Carolina, Virginia, Georgia, Maryland, and Washington D.C. ordered the mandatory evacuation of coastal communities.

By the time Florence hit North Carolina on September 14, the governor’s declaration of a state of emergency had been in place for seven days. The subsequent flooding, emergency evacuations, and even the death toll (35 reported deaths at the time of writing) just go to show that no matter how much warning we get, there is only so much we can do in the face of a natural disaster.

And yet, at the risk of sounding critical and insensitive to the tragedy that has befallen the East Coast of the United States, I am going say that as responsible pet owners, we could be doing more. Because the Bruno Foundation in Tampa Bay, Florida, evacuated over 100 abandoned pets and dozens of other rescues and shelters have done the same; because journalist Marcus DiPaola rescued six dogs that had been left locked in a cage; and because, according to Twitter, 92.2K people are talking about his post, which begged people evacuating their homes, BRING YOUR PETS WITH YOU! 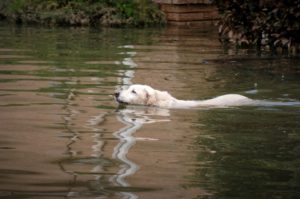 Is this too much to ask? When disaster strikes, even if we have had a lengthy warning, it can be hard not to panic. When we are busy trying to get our children and spouses and valuables to safety, we must not forget our pets.

‘Well, duh,’ I hear you say. ‘My pets are my family. I would never leave them.’ Good. I’m glad to hear it. But are you prepared to evacuate Fluffy and Fido? And what if you don’t get seven days warning? Earthquakes are just as displacing as floods, and they happen out of the blue. Those of us who live in earthquake-prone areas usually have a plan in place, and those of us who have been occasionally woken by tsunami sirens know where to go and what to take when we evacuate to higher ground. We keep civil emergency kits with bottled water and tinned food, radios and warm clothes, wine and chocolate (or maybe not those last ones, that might just be me) in preparation for these events.

But what about our pets? Have you considered them in your evacuation strategy? Fluffy is not going to last long on pinot noir alone, and every responsibly dog owner knows you can’t feed Fido chocolate for a week without dire consequences.

In disaster-prone New Zealand (we have everything from exploding mountains to tropical cyclones and all the earthquakes and tsunamis in between―so if moving to NZ is your Armageddon contingency plan, you might want to reconsider) the SPCA has a very comprehensive checklist for what you should have in your pet evacuation kit. They’ve even gone as far as to suggest you have both an emergency get-away kit and a survival kit, as well as an evacuation plan for your pet. Which makes sense. If you have a plan for yourself and your family, you really shouldn’t be overlooking your pets.

Here are some of the items the SPCA recommends for a get-away kit: 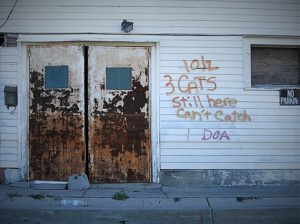 Notice left by an animal rescue team after Hurricane Katrina

Here are recommendations for the survival kit:

This might seem like a lot to organise, and in fact the lists provided by the SPCA are more comprehensive than this, but in the event of a disaster like Hurricane Florence, it really pays to have everything ready in advance. People seem to like to put off evacuation until the last possible moment, hoping that they will be able to stay put to avoid the inconvenience of being displaced, or that they will be able defend their property in some way.

I remember being evacuated as a child from my father’s house while a bush fire raged on the ridge a kilometre or two away. We were sent to stay in another suburb with friends (and I believe we took the dog but not the cats), while my dad stayed to defend his house with the garden hose in the event that the wind pushed the fire down the mountain. Heroic? Stupid? I don’t know. But the real question is―Why were the cats left behind?? Perhaps my father thought they were smart enough to run down to the river and jump in if the fire got out of control. I really don’t know.

The point is, if we had had get-away kits for our cats, they would have been evacuated along with the dog and the kids. And if the fire had gotten out of control and taken our house (and hopefully not our father), it would have been a quite a consolation to know that we still had Tim and Little One, and that they hadn’t been burnt to death or chased away by the fire.

We say our pets are like family members, so it is only fair that we treat them as such. Invariably, we (not to mention Fluffy and Fido) will be happier for it if disaster strikes. 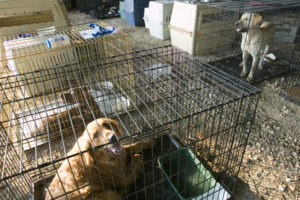 Lucky to be out of the flood, but why’d you leave me behind, fam?

Note: Not all domestic animals are pets, and not all domestic animals are considered family members by their owners. This is a rather grey area when it comes to natural disasters. Do we make evacuation plans for our coop of chickens? Should we be putting together a survival kit for our horses? I mean, it is quite likely, judging by the breeds and the kennel they were found in, that the six dogs rescued by Marcus DiPaola were hunting dogs, not pets. So this question has to be answered on an individual basis. It comes down to basic human decency. And I’m sure you will agree, even hunting dogs deserve a chance to fend for themselves and not be left in a cage to drown.

Sharnon Mentor-King is a freelance writer and editor from New Zealand, currently living and writing in Dharamsala in northern India. When she’s not harping on about animal abandonment, she also writes bad poetry and excellent young adult fantasy. She has been working on her first novel for nearly half her life, and has just finished it, but if her editor can get down to a readable page count, it will be a miracle. Let us pray.