Canine PTSD: Does your dog have it? 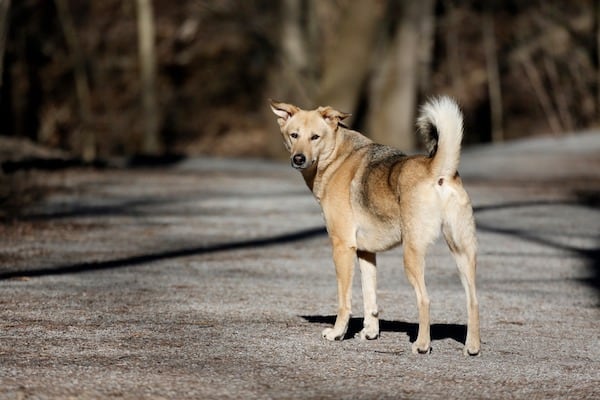 When it comes to dogs, I’m not really very good at planned parenthood. Like most of the best things in life tend to be, Batuk was unexpected.

In 2012, I spent 4 months living in the foothills of the Himalayan mountains in Dharamsala, volunteering for Dharamsala Animal Rescue. While on my day off, I stumbled upon a very good looking street pup. As always, I wanted to meet the pup. I also wanted to check to make sure that he wasn’t sick, and that he was neutered. If there were any issues, I could let the clinic know, and he could get picked up for a rabies vaccine and neutering.
It was definitely NOT in my mind to keep him. I was still very heart broken over Pierrot, who was originally going to come back to Canada with me, but who had been poisoned a few weeks before—a devastating reality of the lives of street dogs.
When I approached Batuk, he stood there like a statue; head down, ears pinned back, and tail tucked tight between his legs. He didn’t move. This was not normal behavior for a street pup his age. Usually when foreign people give street dogs attention (especially puppies) they are friendly and excited to have found a friend, as this usually means food is coming.
Batuk’s strange behaviour lead me to believe he was very sick. So I picked him up, made a sling out of my scarf, and carried him around for the remainder of the day, so I could take him to the clinic the next morning. 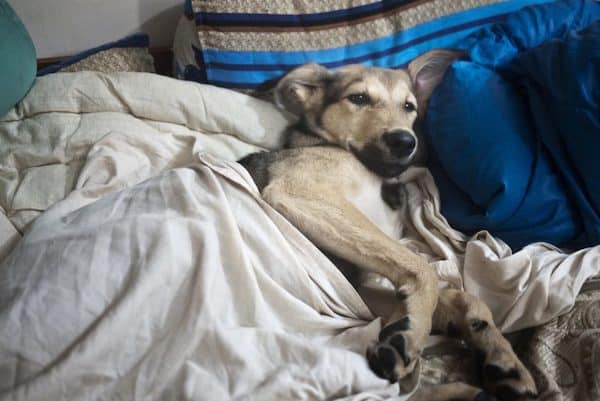 That night Batuk ate 4 cups of high quality, grain free kibble I had brought from Canada. He drank half a liter of water, but wouldn’t go to the bathroom. By morning he still hadn’t gone. I started to get really worried. When I got to the clinic the vet said “Nope, he’s completely healthy.” To which I asked, why he hadn’t gone to the bathroom. The vet said he was probably just traumatized, and was sure he would go eventually on his own. Batuk finally peed when I put him into a bush so he would feel safe.
Batuk was so malnourished that for the first 3 weeks, he gained 5lbs a week. He lost all his puppy teeth and grew all his adult teeth in the first month we had him. As time went by and I got to know him a little better, I realized why he was acting so terrified.
Each night Batuk had night terrors multiple times a night. He would scream and run in his sleep, until I would wake him up and soothe him back to sleep. It was like consoling a small child with nightmares. This went on for the first year, and then once a night for the second year, and every other night for the third year. Now it just happens once a month or two if he has a particularly stressful day. I didn’t know it then, but Batuk unfortunately had such a terrible past on the streets, that he developed C-PTSD (canine post traumatic stress disorder).
Evidence of Batuk’s story showed itself more and more each day. It was very clear that he was abused not just by one person, but many people during his short 6-7 month life on the streets. For the first month when I walked him, I had to hold his tail up, because otherwise he would keep it tucked tight between his legs.  He was also so scared he wouldn’t cuddle, and wanted to spend most of his time under the bed. I did what I like to call “force him to love me”, but at first, Batuk was so traumatized that he couldn’t stay cuddling for more than two seconds before he would squirm away and go lie down on his own.
Batuk was terrified of puddles and his water bowl. Every time he went to drink, he had to double check to make sure nothing was going to jump out of the water and get him. For the first few months, Batuk was afraid of going to the bathroom in open spaces and near people. I realized that he must have been abused for going to the bathroom on the streets near peoples market stalls. A couple weeks after having him, we took him for a proper walk down the valley in the forest, and unleashed him.  It was as if he never saw an open space like that before. It was the first time I saw him happy. 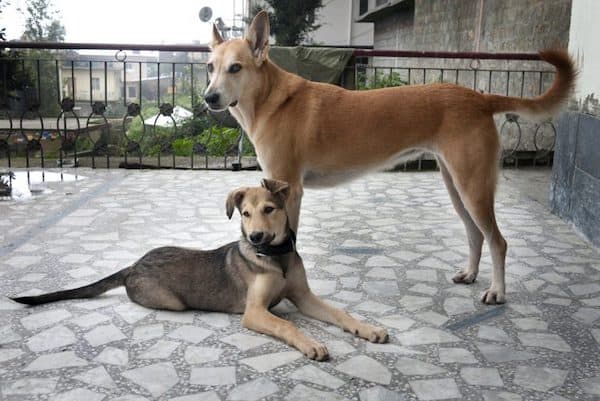 When we returned to Toronto, Batuk gained a tiny bit of confidence day by day. As his confidence grew, his fear turned into aggression. While still very afraid of all strange people and dogs, he felt confident enough to defend himself. He would try and attack anyone and everyone that would trigger him to have flashbacks. Unfortunately for Batuk, having had many abusers made for a terrifying walk.  Almost everyone would be a trigger and set him off. Living at Yonge and Eglinton, he had to go out every day and face his fears.
When Batuk was 3 years old, I reached a wall with his rehabilitation. I was missing something, and he wasn’t making any more progress. I started to work with a few different trainers to address Batuk’s issues. One whom has become my mentor. To this day, I have never seen anyone manage to work with the extreme cases he successfully rehabilitates. I finally started working with Zoran of Calm and Balanced Canine. Zoran taught me the missing keys to Batuk’s rehabilitation.
Since then, it has been smooth sailing. Batuk improves more and more every day.  The training skills I discovered thanks to Zoran have stuck with me. I use these methods with every single dog I train. 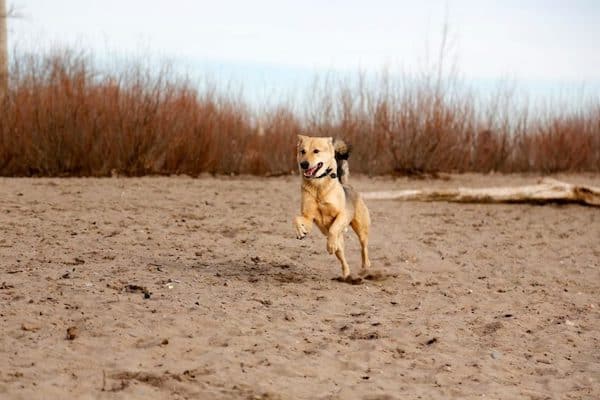 Batuk now enjoys going to the park and playing with his friends. His favourite place is Cherry Beach. Batuk has started to learn to trust strangers, and when given the opportunity, he loves to go from person to person for pets. While he still has to approach people first to feel safe, he has made leaps and bounds in his recovery. I am so proud of the confident and mature dog he has become.
If you or a friend has a rescue dog that sounds like Batuk, they can be rehabilitated. They just need the right methods to help them discover their confidence and trust in you. 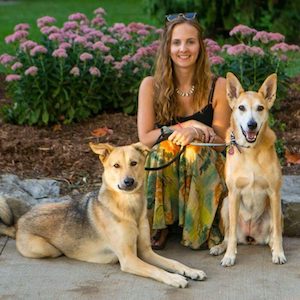 Kristina Rapson has spent her whole life working to improve canine/humane relations. When she just 13 years old, she begged her parents to let her try to train their family dog instead of giving him up for adoption. She took him to obedience classes and spent hours with him so he could live out a long loving life with her. In 2010, she moved to India for 4 months to dedicate my time to help the street dogs at Dharamsala Animal Rescue. Emotionally, it was a very difficult trip, but she learnt so much about how dogs interact in an undomesticated environment. The insight on dog behavior, communication, and body language she received during this time was groundbreaking for her understanding of dogs.

Today, her goal through training is to help as many dogs as she can live a balanced and tranquil life, full of love, and happiness. She believes that with the right methods, any dog can be rehabilitated. No dog is too emotionally damaged to make loyal and loving family members.Please click here to find out more about Hairy Tale’s services.