Why Dogs Lick You 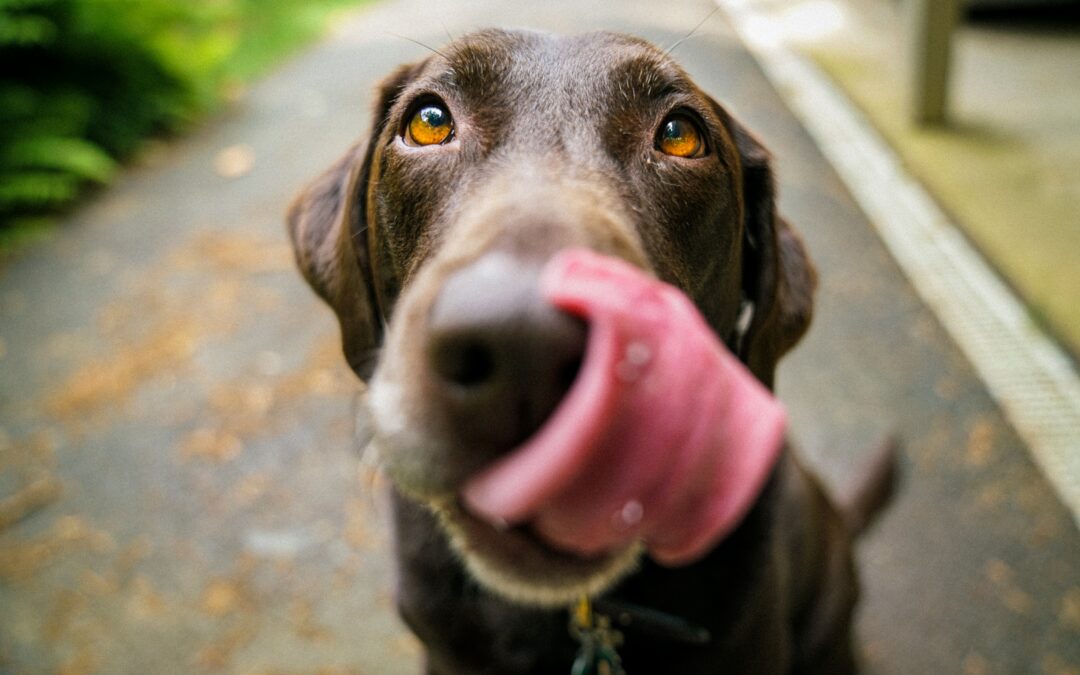 Are you showered with doggie kisses whenever you arrive home?

Dogs lick for many good reasons, and licking is a natural part of their behaviour. From showing affection to simply licking something tasty left on your hands, they can’t help themselves. It can be the best part of a dog owner’s day when they come home after a long shift and can brighten our mood. It’s not everyone’s cup of tea though and excessive licking can get to be embarrassing when you have guests over. There are ways to give your pup some training to alter their licking behaviour.

So, why do dogs lick you?

Dogs use licking as a way to communicate with other pack members, such as the mother when they’re hungry. They are also known to use licking to signal their submission to superior dogs and so they may just be sending you a message that you’re the boss!

Believe it or not, you’re tasty! Think of all the tempting smells you pick up over the course of the day from food prep, being outside and interacting with other people and animals – you’re a wonderland of tastes for your pup. Aside from external smells, humans have sweat glands on their hands, feet, ears, cheeks and armpits; those are the parts dogs instinctively go for.

When puppies are young, their mother will have licked them to clean and comfort them. Licking is also a way for them to bond and the puppies in the litter may even have licked each other to show affection. Licking releases endorphins in dogs and so it’s natural that they would extend this behaviour to their human family. Don’t worry if your dog doesn’t lick — it doesn’t mean they love you any less, it just maybe isn’t a behaviour they’ve learned. 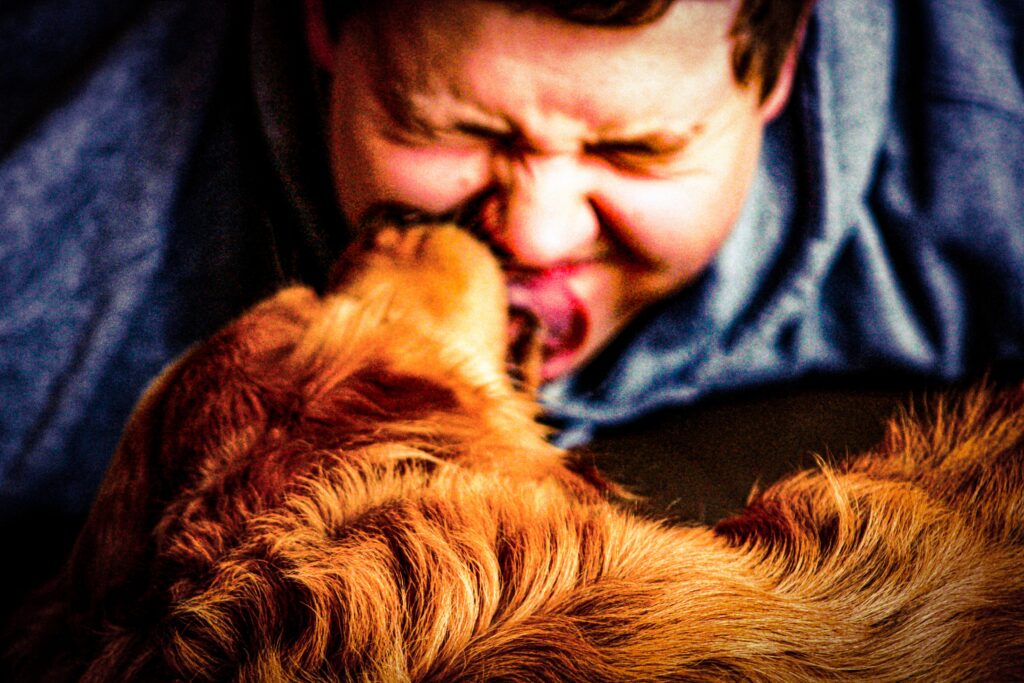 If dogs perceive that you’ve rewarded a certain behaviour, even by acknowledging it in a negative way, they’re likely to repeat it for attention. Licking can often induce fits of the giggles, a pat on the head, a tasty treat to distract them, or even a firm ‘no’ and all of this counts as reward. If you’d like them to stop licking, try ignoring them instead.

To signal a problem

It’s not always a positive when dogs lick and excessive licking can signal a deeper issue — perhaps some skin or other painful condition is lurking, or they could be anxious. Licking can be a sign that something isn’t right mentally, so take time to notice if there’s a reason for your doggo feeling nervous or out of sorts. Talk to your vet if your dog’s licking seems to be out of control in any way or a habit you consider abnormal.

How to stop your dog licking

If the licking is not welcome or if you’d prefer your pup to lay off when you’ve got guests over, get serious about some training. When the licking starts, ignore the behaviour or turn your head away and never reward it. Once the licking stops, that’s the time to reward your pooch for picking up on your signals. It’s so tempting to meet the licking behaviour with a firm ‘no’ but even this is a positive reinforcement for a dog.

If you love your doggie kisses, there’s absolutely no harm in it — in fact it’s your dog’s wonderfully wet way of bonding with you. But if the slabbery smooches are getting too much, some simple training alone or with a dog behaviourist will help you tone down the tongue!