Why do dogs sleep so much? 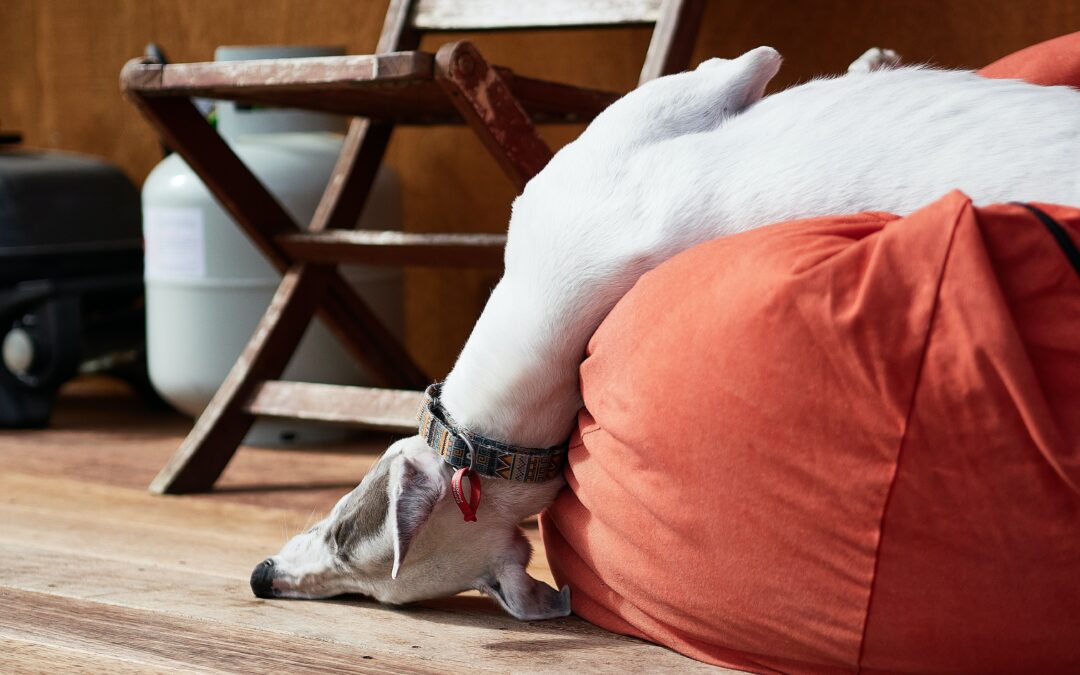 Are you a bit jealous of all the naps your dogs gets to take? You’re not alone.

It’s natural for dogs to sleep a lot, and you might notice they get extra snoozy in the winter months. But, it is also a good idea to monitor their sleep cycles so that you can easily notice if something does appear a little ‘off’ or unusual.

Seasonal changes, weather and other external factors can affect our furry friends just as they affect us but there could be an internal reason too. We delve into the reasons behind their sleep patterns, when it could be a problem and how to liven up their days if they’re sleeping out of boredom.

Why do dogs sleep so much?

Dogs listen to what their bodies need, more than humans do actually. We’re always glued to a screen or running to a meeting or busying ourselves with modern life. We ignore the signals our bodies send us to rest. Dogs don’t. Their brains need to switch off to recalibrate and to organise all the signals they’ve received during waking time. However, it’s worth noting that they might be sleeping a lot due to boredom – they do need stimulation even if it’s not as much as humans.

Again, like humans, dogs need sleep to keep them well and functioning normally – it boosts their immunity. The amount they need to sleep depends on their age, breed and size – every dog is different. If you notice your dog’s sleep patterns dramatically changing, it might be wise to ask what’s going on: it can signal a problem.

When sleep signals a problem in dogs

The key is noticing a difference in sleep patterns. This could signal diseases such as hypothyroidism, diabetes, kidney disease, arthritis or depression. Talk to your vet if you’ve noticed something different about how they’re sleeping and try to log the particulars to gather evidence for your vet. It could be that an environmental factor has triggered it such as a house move or other big event, a bereavement or even weather or food changes.

Another signal to look out for is if your dog is not waking easily from sleep. Lethargy or unwillingness to move can also signal that there might be some deeper health issue. Talking to your vet can reassure and they will most likely run a series of routine tests to find out what’s going on.

Does my dog need more stimulation?

We humans are busy and we sometimes forget that our canines need to busy themselves too. It’s extremely good for their mental and physical health to get outdoors, meet other doggies or people and get some scents.

Walks are one thing but if that still doesn’t seem like enough, plan some dog-friendly outings during the weekend or ask if your workplace is (or could be) dog-friendly so that they feel part of your life and get to interact with more people. Join a dog behaviour or socialization class, a dog-walking group or just frequent the local dog friendly cafes. If you do have to stay at home for long periods, invest in some interactive toys, puzzles or employ a dog walker to come help out.

What if my dog WON’T sleep or is restless?

This can be a big issue as well – if you have an anxious or restless pup, it can have a big impact on your sleep and both your health and theirs. Try to figure out what’s making them restless: is there some environmental factor they’re reacting to – street noise? Are the conditions too light or dark? Would they feel more secure inside a kennel or ‘safe space’? Speak to your vet if the lack of sleep is causing a problem and they may be able to suggest pheromone treatments or give dog behaviour advice.

Older dogs may also have more need of getting up during the night to pee or might just need to stretch because of achy joints. With your vet, figure out if there’s an underlying cause for their night-time awakenings and hopefully with the right medication it’ll settle down.

Dogs, as you may have noticed, need lots of sleep! So don’t panic if they sleep a lot but always observe your canine companion. Diligently follow their norms and behaviours so that you’ll immediately know if something isn’t right. Meanwhile, get snuggling with them and release some oxytocin – good for you and good for them!

Learn more about us