Volunteers Needed to Play with Puppies? Sign Me Up! 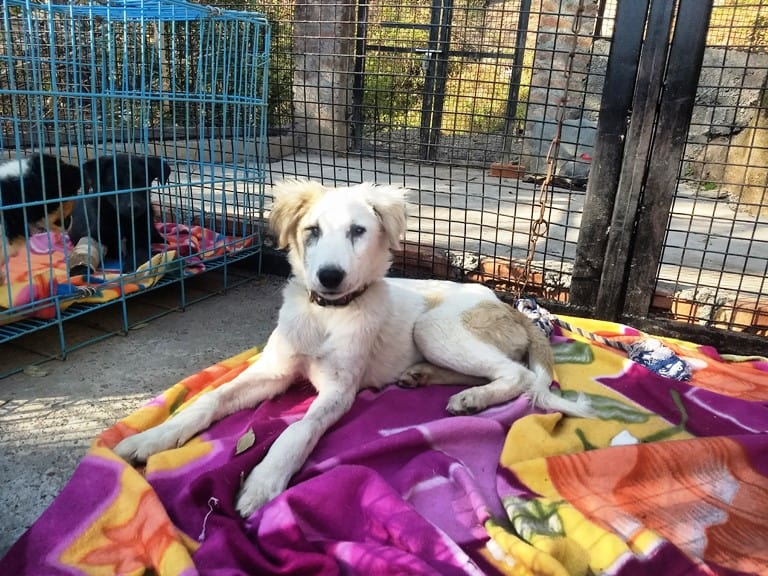 Playing with puppies for work experience may sound like a fantasy, but at Dharamsala Animal Rescue, that’s exactly what I did.

While planning my trip to India in 2017, I saw a Facebook post where someone recommended good places to volunteer in India. I had a look, and Dharamsala Animal Rescue was mentioned.

I looked at their website and immediately contacted them and asked about volunteering. As a dog lover, I liked the idea of helping with the rescue of injured desi dogs. My family adopted a stray dog from Spain many years ago, so I was familiar with street dogs.

From the first contact I had with the team at DAR, I felt very comfortable. So I confirmed that I would volunteer there for two weeks. I could not wait to make my way to Dharamsala and meet all the people and, of course, the dogs.

On January 12, 2018 I finally arrived in Dharamsala and Richard, the operations manager at DAR, picked me up from my accommodation. My first day was pretty chill. They showed me around and I met all of the dogs. They have a few different kennels: one for the adult inpatients, one for the puppies, and one big kennel for all the long term residents.

After I got to know all the workers and team members, I was given special tasks, like grooming the dogs, going on little walks with the inpatients, training Gollum (an old, permanent resident) on the leash, going on hikes with the dogs, and also helping to clean the sheds, blankets, the clinic, and so on. I felt like I belonged to the team. It was so much fun.

My favorite activity as a volunteer at DAR was cuddling and playing with the puppies. The puppies have all kinds of problems, but the most common are fractured bones from motor accidents. They have to stay at DAR until they recover or find a home. One of the puppies was particularly special. His name was Charlie and he was blind. I didn’t noticed until someone told me. He was walking around normally, like all the other pups, but he couldn’t see anything at all. 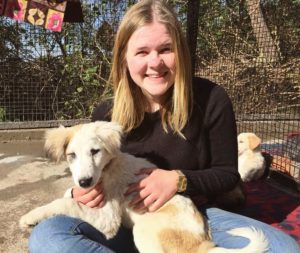 A couple had found him in a ditch and brought him to DAR because they noticed there was something wrong with his eyes. Charlie had a disease in the womb and was born blind. The vets at DAR treated, vaccinated, and neutered him and now he’s a completely healthy dog.

I started spending more time with him and took him for a walk every day―first on the leash and later without, because I knew he would follow me wherever I went. I enjoyed walking with him or just watching him because he would sometimes bump into things, which was super funny and cute. Every day he got to know the area better and his walking improved. He is a very clever and sweet puppy. Whenever I sat down during our walks to have a little rest he would come and just sit next to me. After only two weeks of spending time with him, he trusted me completely, listened to me, and gave me so much love. It broke my heart to leave him there, but unfortunately it would be very expensive to get him to Germany, where I come from, and I cannot afford to adopt him because I am only a student.

Unlike other parts of the world, most people in India let their dogs walk around freely in the neighbourhood. A lot of them live in the streets, and the locals give them food. This is not an option for Charlie―life on the street would be much too dangerous for a blind dog. He really needs someone to look after him and show him the way. My hope is that he finds a forever home with a nice family who will take care of him, and I am sure that he will do his best and be a good boy.

If you think his blindness might be a problem, I can reassure you it is not. You can still teach him any trick you want by using a clicker. In addition, you can find a lot of advice online, or just ask your vet.

It was an honour to become a part of Dharamsala Animal Rescue. I really enjoyed my time there and I was sad when I had to leave, but the next adventure was waiting for me. Besides, I know I can always come back.

To learn more about my experience volunteering and to see Charlie in action, watch the video below: 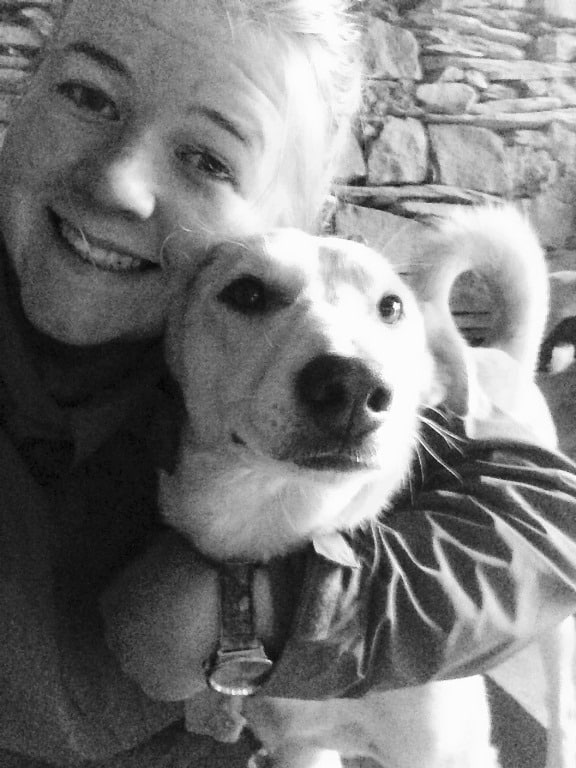 Jill Scholz was born and raised in a small town in the north-west of Germany.

After finishing high school in 2016, she didn’t really know what to study or what to do with her life. So she decided to spend some time working and traveling in Australia.

A year later she came back home to Germany and worked in an animal clinic for two weeks. She thought about studying veterinary science but, still not 100% sure what she wanted to do, she decided to travel more. So she planned her next trip and became fixated on India.

While planning her trip to India, she saw a Facebook post where someone recommended nice places to volunteer, one of which was Dharamsala Animal Rescue. As a dog lover, she could not resist and just had to go there.

Since volunteering at DAR, Jill has decided she will study Global Project and Change Management in the Netherlands. With this study programme, she hopes to develop her business skills and work more with NGOs all over the world, and maybe one day have her own NGO working with animals.