Travelling Stanley, Part One: A Tale of a Dog and Two Blondes. 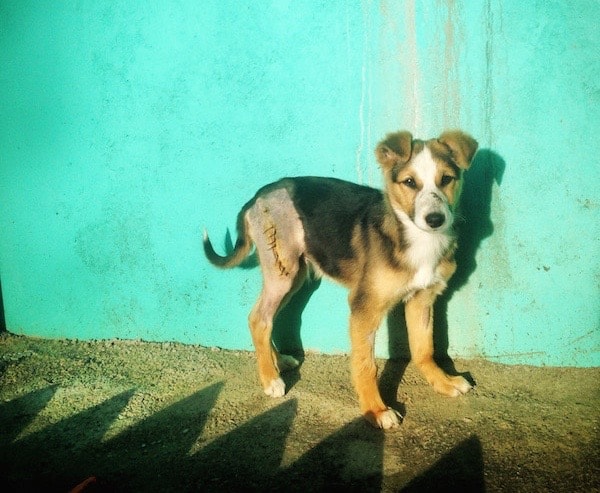 They call me “Travelling Stanley,” and I was born in a Tibetan monastery in the Himalayas.

I don’t remember much about my early childhood. It ended in a brutal car crash when I was about three months old.

That’s when the first blonde came into my life.  Her name was Deb, and she rescued me from certain death after my accident. She really is a sort of dog goddess, sent from another world to create a doggie heaven here on Earth for all the traumatised pups like me.

This doggie heaven is called Dharamsala Animal Rescue (DAR), and I stayed there for a while recovering from my injuries. The trouble was, Deb had so many other dogs to look after that she could not devote her entire attention to me.  And you know, once a blonde has cuddled you in her arms, one can never get enough. I was hooked.  But no matter how much I howled, the other dogs were too invasive. I knew that I needed someone who would devote their whole life to me. This is when blonde number 2 entered my life: Sam. 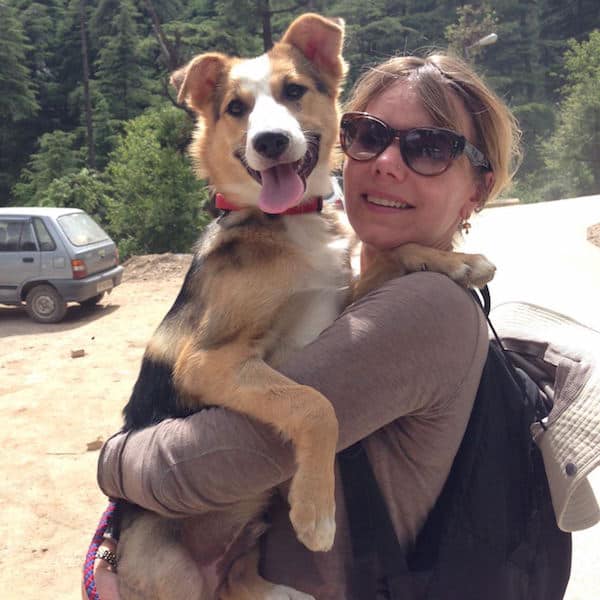 I have no idea how Deb figured out what I needed, but one day I found myself alone in a quiet clean apartment, with my very own blonde. Sam was distant at first. She seemed troubled and lonely and would spend hours on the phone barking at what I can only assume was another human, while large salty tears ran down her face. I knew then that my mission in life was to make her happy, so that she would never leave me.

In those early days, I made sure that I never stopped squealing until she held me in her arms. And when she held me, I oozed as many puppy smells as I could to make her feel calm. Within days I had her hooked. Her attention turned from the phone to me and by the second week I was in her bed, snuggled up to her warm belly.

All was wonderful, until disaster struck: the alpha male human arrived.

He took my place on the bed and made all sorts of specist remarks about how dogs should not be allowed in the bedroom. This was going to be a challenge—but once I set my mind to something—I usually get what I want. I figured out pretty fast that the alpha male loved cooking. And I love food.  Whenever my male human cooked for me, I would jump up and down with unbounded excitement and show him so much love that he too was soon hooked.

Time went by and we formed a happy family.  I was even allowed on the bed and both Sam and Sami, as the male is called, would fall asleep cuddling me. 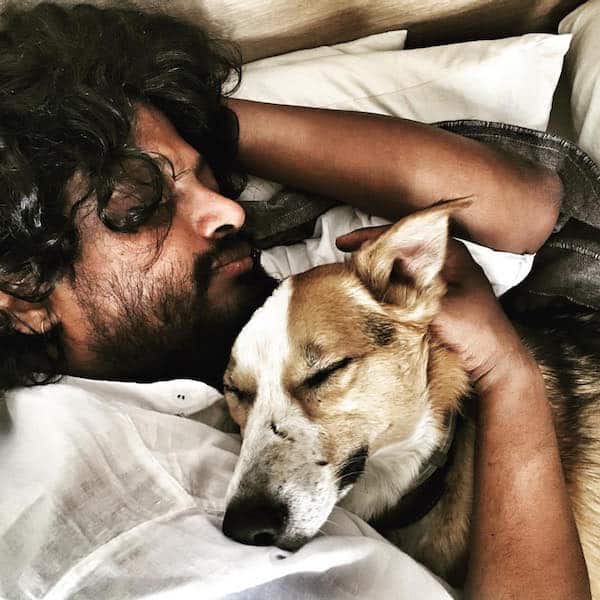 Then another disaster struck.  It started when Sami went away, and Sam was left alone again.  I was sad because I missed Sami and his food.  One day a large cage arrived at the house.  Sam put my blanket in it and coaxed me into sleeping in it. I was still allowed on the bed at night, but she seemed so happy whenever I sat in the big cage that I became suspicious.  Then something even stranger happened: a large van came and took all our furniture away apart from the cage.  Then Sam put the cage in a car, carried me to the car and we drove all night to a big smelly city full of so much noise that my ears hurt.  It was the most terrifying thing in my life.  And yet there were more terrors to come.

The next night, after many cuddles and tears, Sam locked me into the cage and two men in uniform rolled the cage away on a trolley, leaving Sam behind.

Not long after I was hoisted up high and thrust into the belly of a large white metal bird. The bird began to make a terrible noise and everything shook around me so much that I thought my body would explode. This is it, I thought. The end. I have been fed to a monster.

Hours later, after I had dozed off in spite of the incessant noise, I realised sunlight was streaming through the open belly of the bird and the noise had stopped.  Once again, men in uniforms took the cage and rolled me through different metal doors.  And then, I heard Sam’s voice.  She unlocked the cage and I ran into her arms, licking her pink face with excitement.  I got so carried away that I peed on the floor but it did not matter.  I was with my love once again and soon my new adventures in a strange land called Europe began. 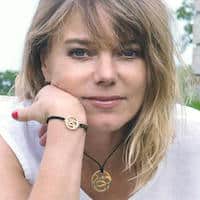 Samantha de Bendern is a British writer and jewelery designer, currently living in Prague, Czech Republic.  For many years Samantha worked in international relations for various international organisations, with a focus on Central – Eastern Europe and the Former USSR, before going AWOL during a trip to India in 2011.  There she met fell in love with Stanley, as well as with a human who is now her husband. You can view and purchase her jewelry here. You can follow Stanley’s adventure on Instagram.