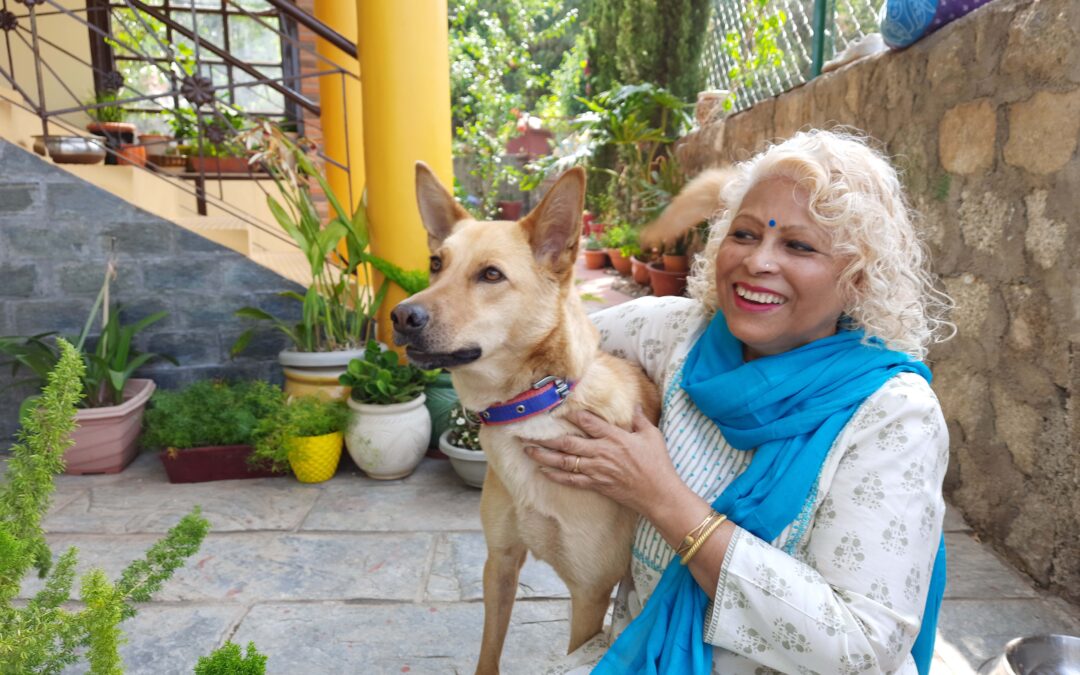 Adopt a desi dog – you won’t regret it!

There are so many stray dogs living around us in the Dharamsala community and the whole of India but we’ve never taken in a stray before as a pet. Here’s our dog adoption story of how Tia came to live with us during the pandemic.

On a freezing mid-winter morning as we were leaving our house, we found a flea-infested rat-bitten puppy running up the path towards us. That is how we met Tia. My husband, who is not a dog person, was moved by her pitiful state. He later claimed that he had heard the puppy’s cries the night before and had been wondering about it since there were no street dogs and litters around our house. 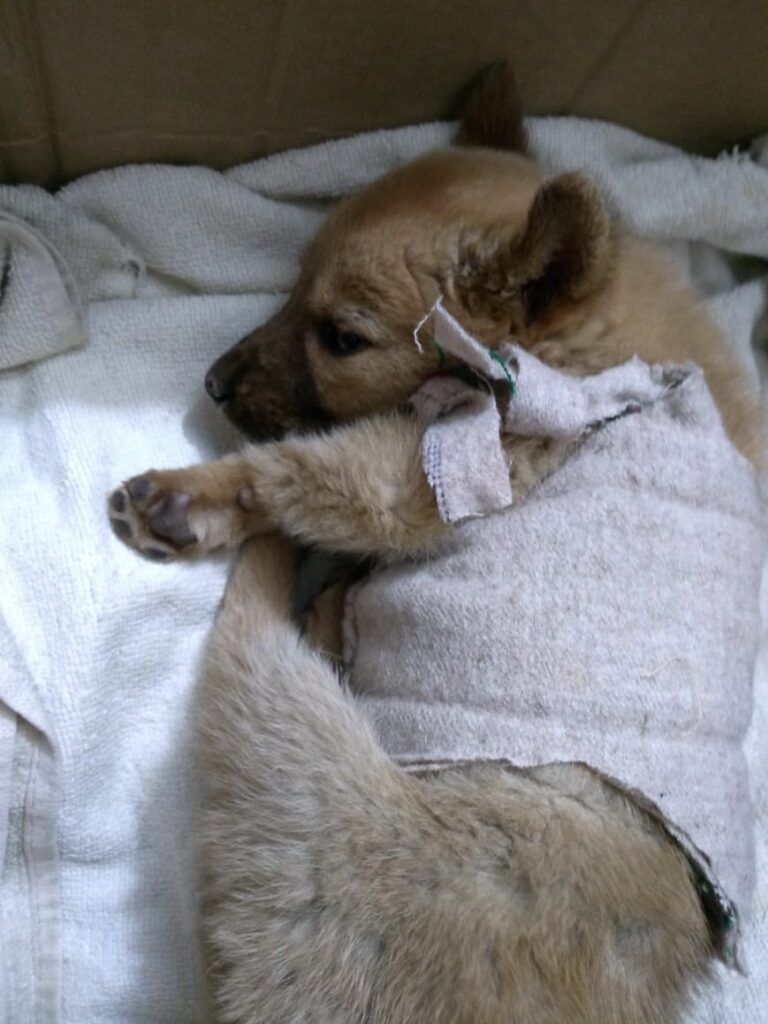 We brought her in and gave her some milk. Upon closer inspection we found that she had some injuries to her belly, nose and a couple of her toe tips had been bitten off (rear left paw). She was very weak and could barely eat and walk. We decided that we would take care of her till she healed up a bit and then locate her family, return her to them or drop her at DAR if none were to be found.

After a few baths the fleas were gone. We also discovered that she was a light brown, not a dark brown/black-haired puppy. Soon she started eating a mash of milk, eggs, bread and rotis. A few days later the wounds started to heal, and she looked more energised. We took her to the vet at DAR, and they suggested that we get her dewormed as well. They told us that she was perhaps about a month old but looked smaller because of malnutrition. 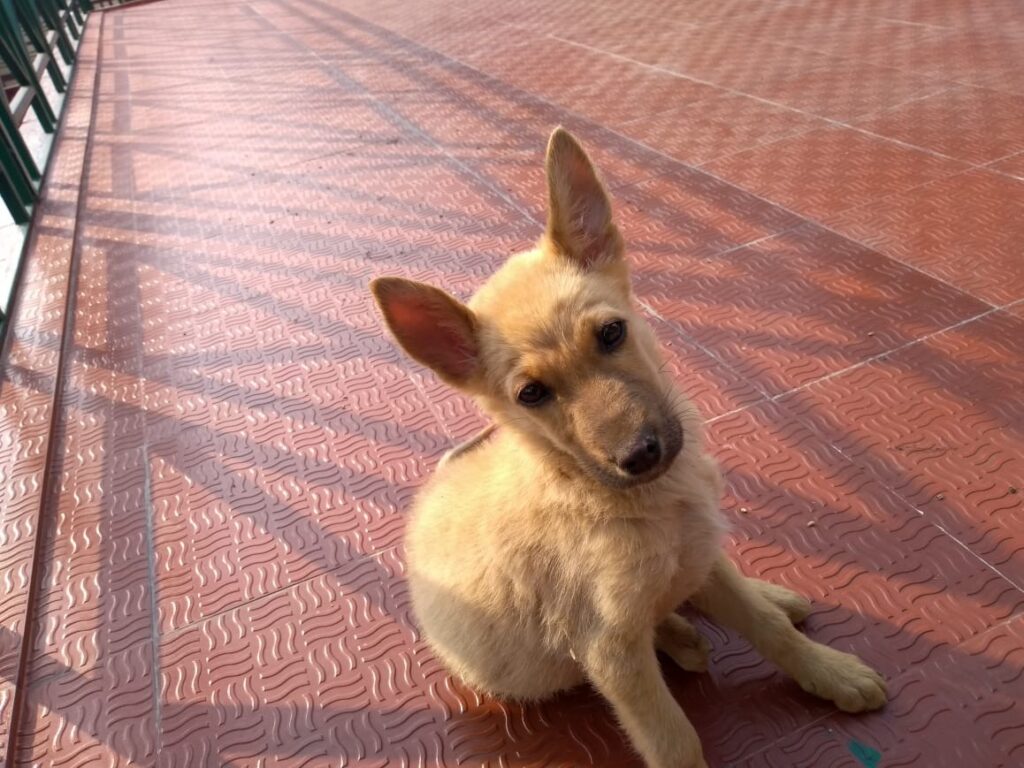 After about a week we found the litter she belonged to. But in that week, somehow, she had managed to join our pack and letting her go would not be an option. And so, she stayed and was christened Tia.

Her paw never fully recovered, as per the vets there seems to have been some nerve damage. However, it does not dampen her disposition in any way and definitely does not stop her from running a riot around the house. Tia is the destroyer of footwear, socks, handkerchiefs, kitchen towels, underwear, mops, and brooms. Thankfully she has lost interest in the garden hoses.

She protects the house from lizzies, birds, mongoose, meows, bhow bhows, and monkeys all of whom she knows by name. People have stopped using our street because they can’t handle her barking. She has brought chaos to this once peaceful neighbourhood or perhaps she has made it safer, the jury is out on that! 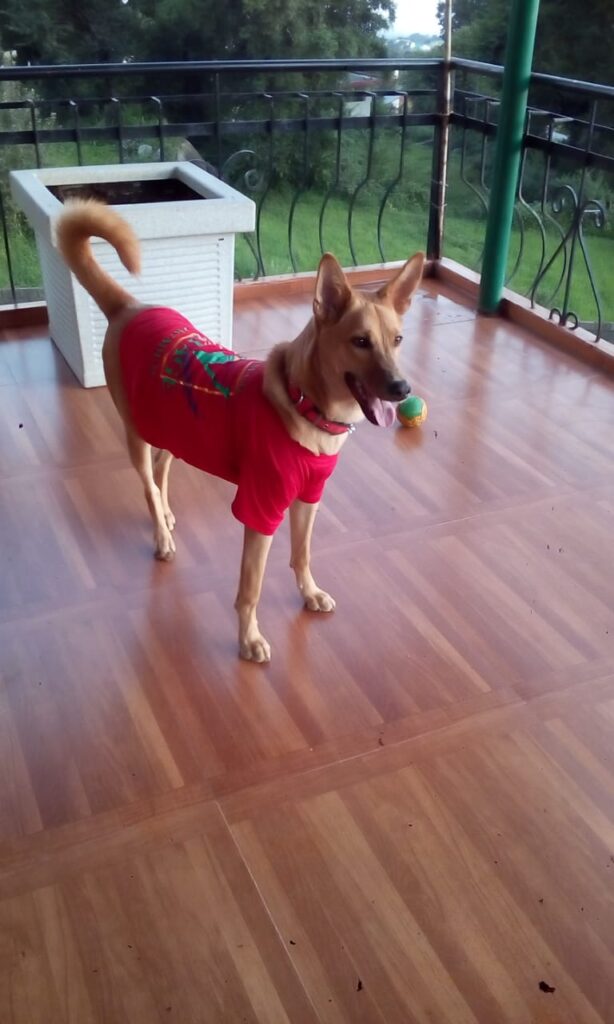 The best friend and companion

Every morning she greets me by asking me for a full body brushing. This has become a meditation / practice in mindfulness for me. I love taking her out for walks and it has improved my physical and mental wellbeing. If I’m feeling sad or lonely, she gives me company and sagely looks of understanding. And then she runs off to do some gardening — that is, to dig holes and trim dead branches off all the plants.

It’s amazing how quickly you fall in love with these desi dogs and how rapidly they become part of your family, as Tia has become part of ours. Yes, she has her quirks, but we wouldn’t be without her now! 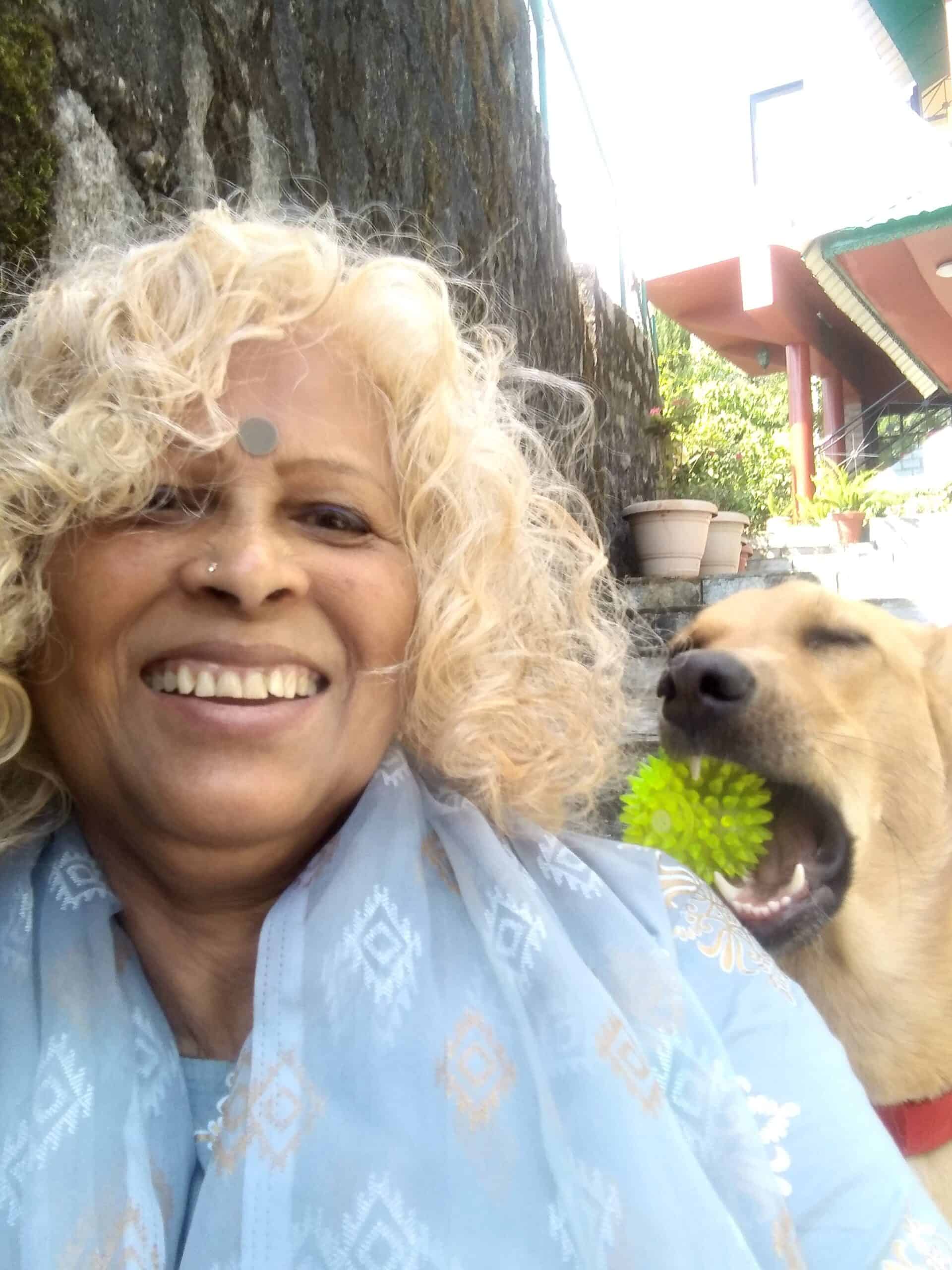 Kavita lives in Dharamsala in Himachal Pradesh. She loves gardening, cooking and walking with her desi dog Tia.