The Strays: A Documentary. 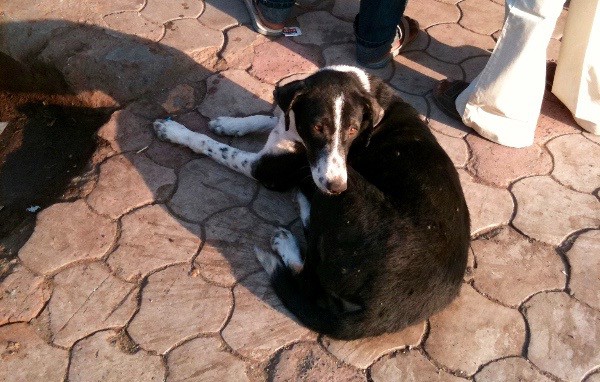 However tight I shut my eyes, there will always be a stray dog somewhere in the world who’ll stop me being happy. ~Jean Anouilh

In 2007, I was spending time in a spiritual place in India called Shirdi…the home
of the late Shirdi Sri Sai Baba.

It was the first time I had been to Shirdi, and I noticed many skinny, sickly dogs, even around the Shirdi Sai Baba’s temple. I did not know how they got fed, so I started to feed the dogs some biscuits. I even bonded with one of the dogs. She was a black and white dog who was so sweet and I named her Limca, after the Indian sweet lime soda.

After some thought, I decided I would try to speak with the temple administrators to see how I could help the dogs even more. I proposed that I could help to open an animal clinic for them to ensure the animals got care. The response of the administrator was shocking to me. I was told that the dogs were fine and helping them was not a priority.

I could not understand why I was unable to open an animal clinic in Shirdi. I also wondered how religious and spiritual people would not recognize the suffering of other beings when it was right in front of them, especially since Shirdi Sai Baba loved animals and believed in helping the poor and all those who are suffering.

After my return home to the United States, I could not shake the feeling that I needed to do something to help the dogs in India. Thus, I decided to take a film course to learn how to make a documentary film. I firmly believe in the power of film to create awareness.

In 2009, I returned to Shirdi and started to film and gather footage. One of my saddest memories are of a dog I saw hit by a car. The dog was in extreme pain, and as I filmed him I soon discovered I  was unable to help him. I asked a taxi driver to help me lift him and take him to the hospital but he said no. I also could not find anyone to help me lift him. I was helpless and horrified.

Not knowing what else to do, I prayed. I will never forget that I was unable to help this suffering dog in Shirdi.

After years of work, and lots edits, I have completed this short documentary film depicting the suffering of stray dogs in India. It was filmed in Toronto, Canada, Dharamsala, India and Shirdi, India.

It is estimated that there are over 35 million stray dogs in India. India also has the highest incidence of rabies in the world. A person dies every 30 minutes in India from rabies and there is no national program in India for sterilization or vaccination. Rabies is totally preventable but the Indian government has not dedicated the resources to make it so….hence the onus fall on NGOs and some local government action.

Because of this, there is an urgent need for more vet clinics and animal shelters to help the dogs and to control the growing stray dog population. I discovered, an animal clinic called Dharamsala Animal Rescue (DAR) during my research. DAR is helping stray puppies and dogs in the Dharamsala area who are hit by cars, have skin diseases, and/or have wounds. They also have a mobile clinic van that they can dispatch to pick up and treat a dog. Two of most crucial programs they run are the ABC/AR (Animal Birth Control/Anti-rabies) and Humane Education are the best way forward to create a sustained healthy population of stray dogs and ensure the people are educated on how to treat them humanely.

This is the model of care which must exist all across India. The attitude towards stray dogs in India and how to create change is explored in the film.

I hope this film inspires you to help. Please put any feedback in the comments section.

*Of note, Limca, is the black and white dog frequently shown in the film. 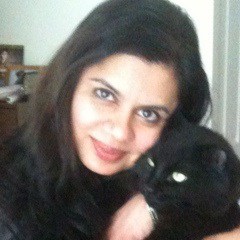 Artee Anjali Srivastava was born and brought up in Canada and currently lives in Toronto, Canada. She has lived in India as a child and speaks Hindi fluently. She has also studied and worked in the US.  Artee is a nurse practitioner by profession and has worked with patients with diabetes and multiple sclerosis.  Her hobbies include documentary filmmaking, singing, playing the flute, cooking, swimming, ice skating and yoga. She is devoted to her family and the well being of animals and children are her passion. You can contact Artee at indiastraydogs@yahoo.com. 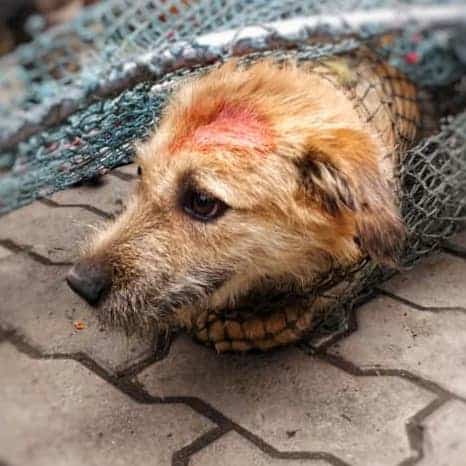 Want to learn more about how DAR is creating a healthy stray dog population?