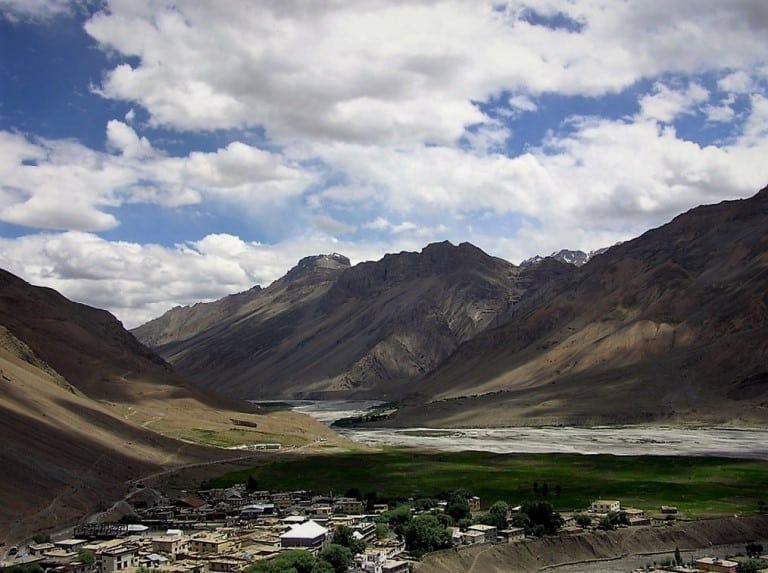 This is a story about a friend I made among the dogs of Spiti Valley.

When the monsoon arrives in McLeod Ganj, there are those of us who just can’t stay. The high humidity and the mouldy atmosphere, combined with fog and spiders and umbrellas and Crocs clogs―many of us are driven to escape!

A jaunty little trip north takes us up into the mountains and, with a bit of luck, back into a summer dryness, where it is possible to do one’s laundry with full confidence that it will dry.

Two years ago, my travels took me to Spiti in Hamachal Pradesh, northern India, and the town of Kaza near the Tibetan border.

Over the course of several weeks, a large, lolloping, overgrown puppy came into my life. He was like a long-legged, awkward adolescent who knocked things over, causing all kinds of trouble with his enthusiasm and natural ebullience. We named him Sergio.

One feature of Spiti is that it has very hard winters, and it seems that most of the dogs you encounter are young, because they don’t survive very long. This is always at the back of my mind when I get to know them. So I tried to introduce Sergio to the pack that hung out at the Taste of Spiti restaurant, run by the Ecosphere social enterprise, where I knew he would receive food if he was still around later in the year. But he didn’t seem to have the discipline to stay in one place and he kept wandering off around town. He was a character who lacked territorial instinct and would go wherever he pleased, getting into all kinds of fights in the process.

For a while, he seemed to get the message and would hang around the Taste of Spiti, gradually and begrudgingly becoming accepted by the other resident dogs and sharing their food with them. He would lie in an oblivious state in the sunshine with his legs splayed out, giving a more than generous display of male anatomy to anyone or anything that cared to inspect. He attached himself to me whenever I came by and followed me around, leaping and dodging playfully, often spotting me from far off in the distance. I developed a real fondness for him, and so did the others at the restaurant. He was like the resident clown―instant entertainment as soon as he arrived. 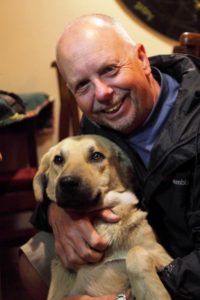 I remember when the day came for me to leave town and head back to Dharamsala. How did he know that I was leaving for good? He tugged and pulled at my sleeves and my trousers and tried to hold me back. But I persisted and got to the bus station, where he didn’t follow. I had hopes that he would stay at the Ecosphere restaurant and permanently attach himself to the pack of dogs there. This would give him some hope of survival in the almost impossible winter conditions soon to come. I later heard reports that he would wander off for days and then return intermittently. He was always given food.  Maybe I would see him again the following year.

So last summer, a year later, I returned to Kaza in Spiti. Sadly, there was no sign of Sergio. He had wandered off long ago and never re-appeared. There is always the possibility that he had found another place and was taken in by another community, but the general suspicion is that he was caught up in the arctic conditions when the temperature dropped to minus thirty degrees centigrade over winter. Most businesses close down after October, and many of the town’s residents escape to other warmer places―such as Goa―or less extreme parts of north India. The animals mostly rely on people for food, so when the town empties they are left in a desperate situation and are likely to attack farm animals, or each other. It is grim, and many succumb to the cold. Maybe Sergio got lucky and was okay, but he never re-appeared.

We do try to figure out how to help these poor creatures survive the awful winter season when we have all departed. A lucky handful of dogs are picked out for special treatment and are taken into private homes in the Spiti villages. Who knows what happens to the others? Yet, each year new pups appear―a testimony to their remarkable resilience.

Sergio made me feel like ‘the one’―as if, in his innocent way, he had picked me out of the crowd and wanted me to adopt him. And what an extraordinary force it was, tugging at me to make that decision. It was as though we were made for each other. With him, I was constantly laughing. But my rational mind, with all its practicalities, got the upper hand and told me it couldn’t work. So I made my choice. I did my best for him, but then went on my way. It is likely he didn’t survive, and the sadness of that thought will always be with me. 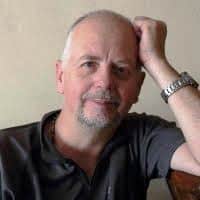 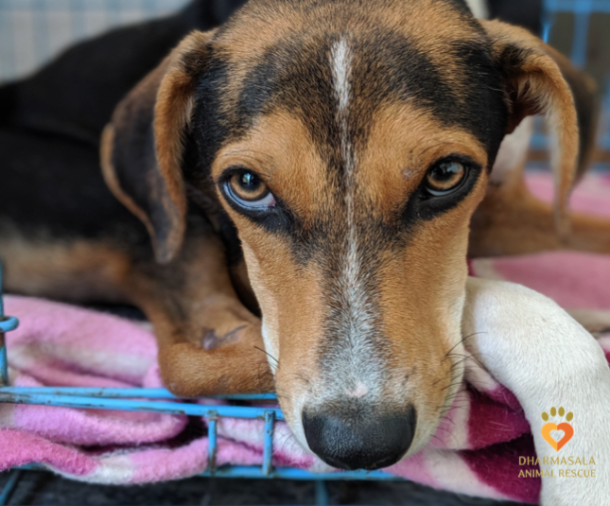