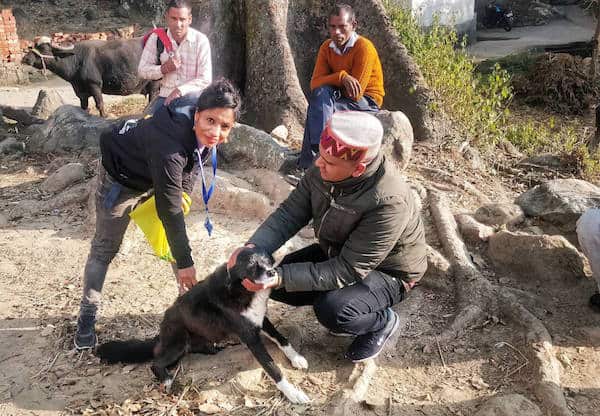 In response to the increasing number of rabies cases including six in October and two more since, Dharamsala Animal Rescue (DAR) decided to take to the streets with their team and volunteers to keep the community safe.

Since such projects are quite costly, Hunter Dowds, a pre-med student at the Lawrence University, USA, had a grant to study rabies in India and partnered with DAR for his project. Besides just vaccinating the dogs, Dowds and DAR used a scientific method for a population count call “capture-recapture population estimation.”

A map was drawn to cover from the Cricket Stadium, down to Tapovan, and over to Tang Nirwana, excluding Kotwali/Dharamshala. Seven areas were then selected in this portion of the municipality for the capture-vaccinate-recapture population estimation.The areas are (with number of vaccinations): Upper Barol (26), Cricket Stadium (41), Khanyara (67), Sidhbari (66), Gabli Dari (48), Tang Nirwana (51), Mohli (44).

The day after the vaccinations were done in one area, a second team would count dogs in that area to gather the info needed for the population estimation. 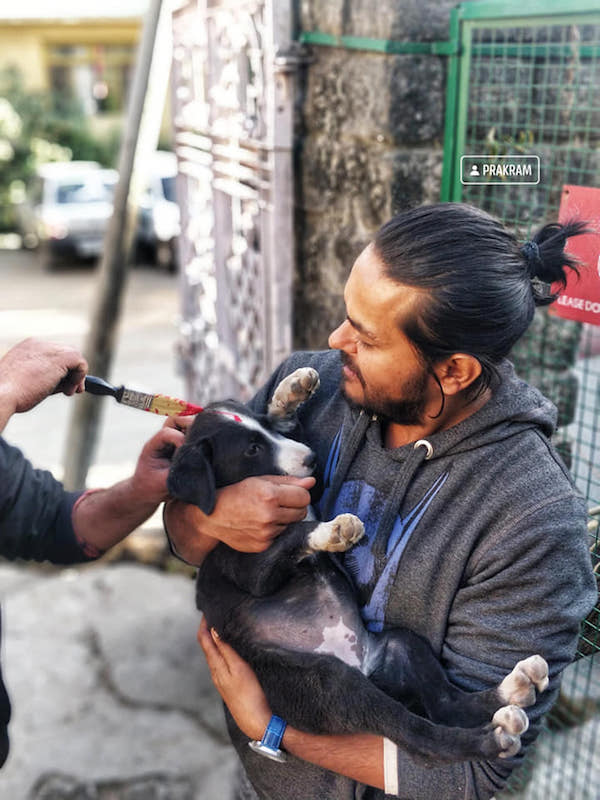 As a result of our efforts, it is now known that in this area there are approximately 3200 homeless dogs. In 2017 DAR, did a different scientific method to count dogs in Kotwali/Dharamshala developed by the International Companion Animal Management Coalition (ICAM), and it was determined that 1000 dogs are located there.

The results of both methods conclude that 4200 homeless dogs live in the lower Dharamsala area alone. This does not include anything above Kotwali, such as Mcleod, Bhagsu, and Naddi and not Kangra in the west.

Currently, DAR is the only group vaccinating and sterilizing homeless dogs in this vicinity. The World Health Organization states that 70% of homeless dogs need to be vaccinated to control rabies and create a rabies free environment. This means in order for this portion of Dharamsala to be rabies free, we would need to vaccinate 2940 dogs as well as sterilize them to stop the dogs from continuing to give birth to new puppies—the humane way to control population.

The program and study was successful not just because of volunteers, but because of the help of the locals who are kind to the dogs. These folks could easily catch the dogs that we needed to vaccinate. When this was not the case, our trained catchers used nets with poles to capture the dogs. 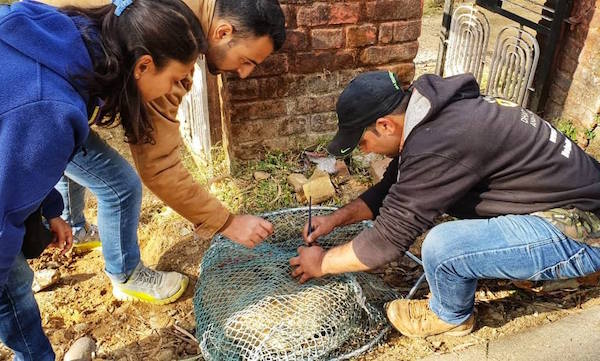 Currently, DAR is doing 80 sterilizations and vaccinations per month. If we continue to get funding for our project, it will take four years to create a rabies free environment in lower Dharamshala with the current population estimation. If we can get more funding, this  will allow us to increase our monthly number and higher a bigger staff. In addition, if we are granted a dedicated space from from either the Municipal Corporation, or a private donor, we could decrease the amount of time to get the homeless dog population and rabies under control in our home town. Without these things, the problems will continue. If we get the support, we can truly become a Smart City.

So, why is this information important? It gives you an understanding of the homeless dog population in Dharamsala and how we, as a community, can eliminate rabies.

How can you help?

Dharamsala Animal Rescue is a registered trust 376/2015 with all proper tax exemptions including: 12a, 80g, and FCRA.

For any questions, please email, info@darescue.org