Laddoo: The Great Adventurer – A Case for Desi Dogs 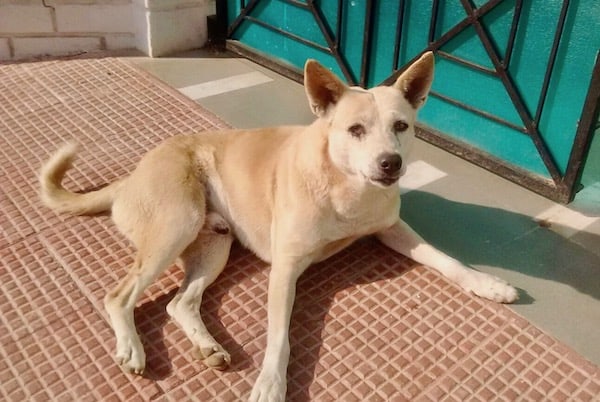 dsomHe could almost fit in our palms when he stepped into our lives.

Laddoo, the dun colored desi pup and his two sisters were barely over a month-old when they were abandoned by their mother.

One day all three had been happily scrambling all over their mom and the next, they were stumbling, mewling all by themselves and the mother was nowhere in sight.

As street-dogs on the road, in the freezing cold of Rajasthan December, their survival was at stake. We fed them that day and kept waiting for the mother to return but she didn’t. Cold and unsafe as it was, we had no choice but to take them in. And, truth be told, we needed them as much, or perhaps even more, than they needed us. Our thirteen-year-old pet, Chotu, had passed away just a month the month before, leaving a gnawing void in our hearts. These little guys were just what the doctor ordered!

From December to February, the three pups stayed on our verandah before venturing out in the wider world of a stray. Yes, they were duly christened: Guiyaa – the doll like sister was black and brown with tufty ears; Toffee, who owed her name to her uniform toffee-tone, and Laddoo, the boy, was called so because he was light-brown, the colour of aate -ka-laddoo. 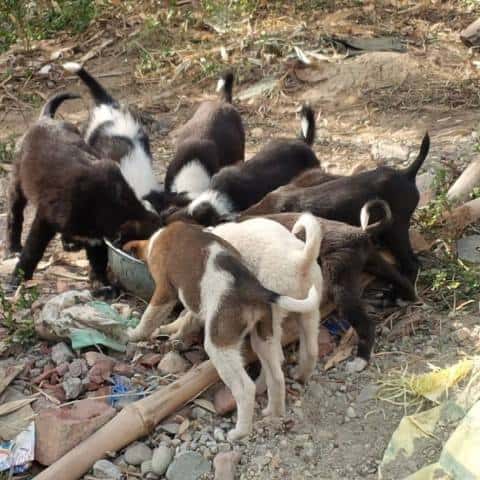 These three pups blew the myth that desi dogs are tough to train to smithereens. They learnt their routines in days. Every morning they would come out of their “home” (a plastic chair surrounded by and carpeted in newspapers and doormats with a Maggie ketchup bottle acting as the room-heater), feed on milk-rotis/bread, and gambol in the sun for the rest of the day. As the evening fell, they would crowd at the gate to be called in, supped quickly and zipped back into their home.

Never once the routine varied. Never did they fight amongst themselves, and apart from a few plant-casualties they largely left the garden alone. They were as good, if not better, than any pedigree dog.

They survived the winter while we healed from within.

Laddoo, from puppyhood, distinguished himself as a gentleman. While his sisters would try to sneak food from each other, he stood by politely and approached the communal-dish only after the ladies were done. He played boisterously but never attempted to bully. Both the sisters gradually wandered away. We had to be content with their enthusiastic greetings when we met them in the neighborhood. Laddoo, however, stayed and stuck!

It was impossible to leave home without Laddoo tagging along. He regarded us like his flock who couldn’t be let out of sight. On foot it was still possible to stop him, although we tried. We wanted to prevent the fights he would sometimes get into when he ventured into the territories of other strays. Going anywhere by car was like evading a super sleuth!

We’d cautiously start the car after first ascertaining that Laddoo was nowhere around and congratulate ourselves on tricking him successfully. The moment we looked in the rear-view, however, there would be this dun colored dog panting right behind the car! How and when he saw us will remain a mystery forever! I truly believe that he would have followed us to the ends of the earth had he not been deterred with dire threats!

Street dogs of India have to depend on their wits for their survival, and Laddoo, was the living proof of that. Most dogs figure out food and shelter, Laddoo figured out Medi-care too! Half a dozen times in his twelve-year life he came to me, severely sick or hurt, and my limited medical prowess aided by his Indie-genes put him back on his feet fast.

He also had this uncanny sense of direction that could put GPS to shame. He managed to go right across the city and espied out our office; my sister-in-law’s school (he actually attended her class once much to the delight of her students) and our office boy’s home AND then traverse all the way back home, triumphant and unhurt. How he managed to do that and what made him do that – mystery again! But what an adventurer he was, full of curiosity and loyalty!

Many choose expensive breeds when choosing a pet. I’m guilty of that too, but Laddoo proved rather conclusively what wonderful loyalty street-dogs have. In no way are they any less than any pedigree dog!

And if you cannot adopt a stray, taking care or feeding the strays around you can be as fulfilling as having a pet. 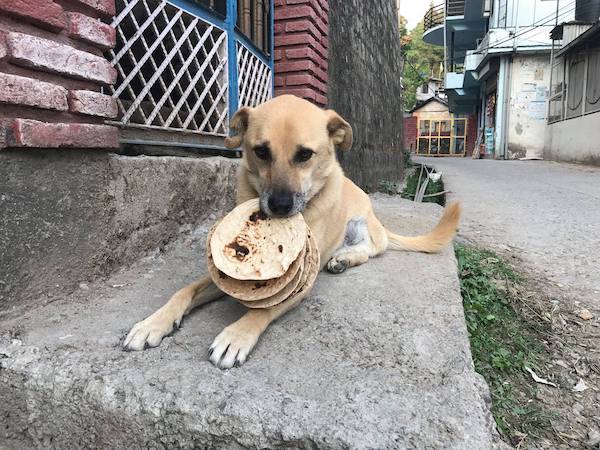 Some Do’s when adopting a stray:

If you can’t adopt one 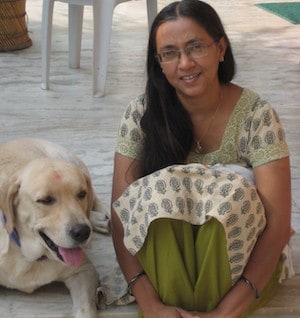 Madhumita Gupta lives in India and writes about life and well, dogs. She teaches English and is a teacher-trainer and would-be storyteller. You can read more of her work at the Times of India.