How a Cat named Boots Changed my World. 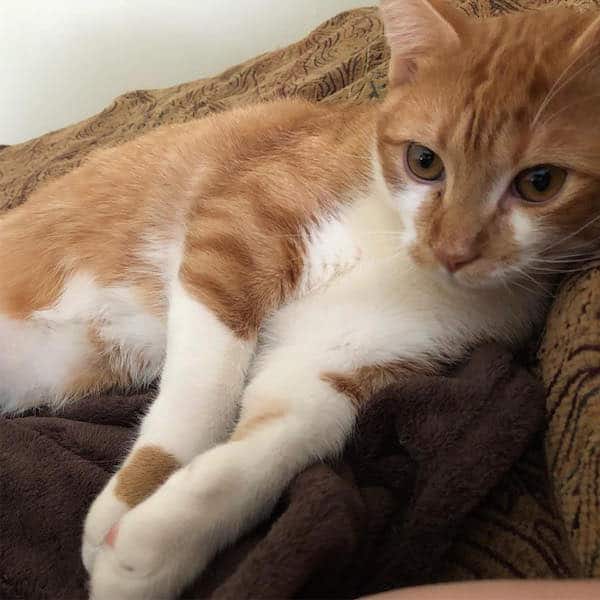 I first met him when he was a tiny ball of fur with his eyes closed. He had been found behind a shed with his siblings, his mother had been killed by a dog and he had no one to turn to for help. My boss and his wife took in the litter to foster for a local rescue, and during the work day I would periodically feed the kitties and help them poop.

After weeks of caring for this tiny ball of fur with claws, who would occasionally let forth the tiniest of meows, it was time. He and his siblings were ready for adoption. But I wasn’t ready. Every day at work, I would play with them, and one by one they would be adopted. Until one day it was only Boots and his brother Calvin. 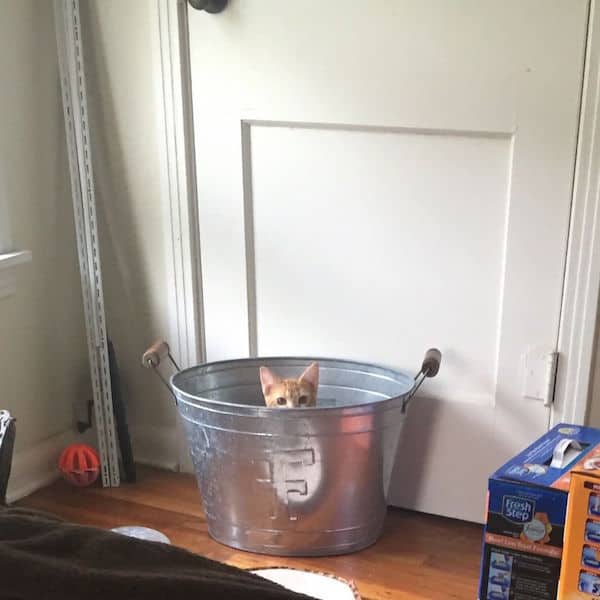 Boots, the tiny boy, whom would sit perched on my shoulder while I worked, or sleep on my backpack…I couldn’t let him go to some strange home, filled with weird smells. He had to go home with me. Finally, at an adoption event that weekend, I decided and let the board members for Mystery Dog Rescue know that Boots would be mine.

I prepared him with lots of hugs and kisses and everything was ready to go, but Boots had other plans in mind. He had been playing with his brother when he jumped off of a couch and then proceeded to start crying. He had broken a bone in his paw and had to spend the next six weeks in solitary while he healed. Happily “solitary” was with my boss so I was able to visit him every day.

He eventually recovered and then the adventure began. We both knew each other, but I had never lived with a cat and he and never lived with only one person before. After a few days, we started to adjust to each other and learned how to live together. 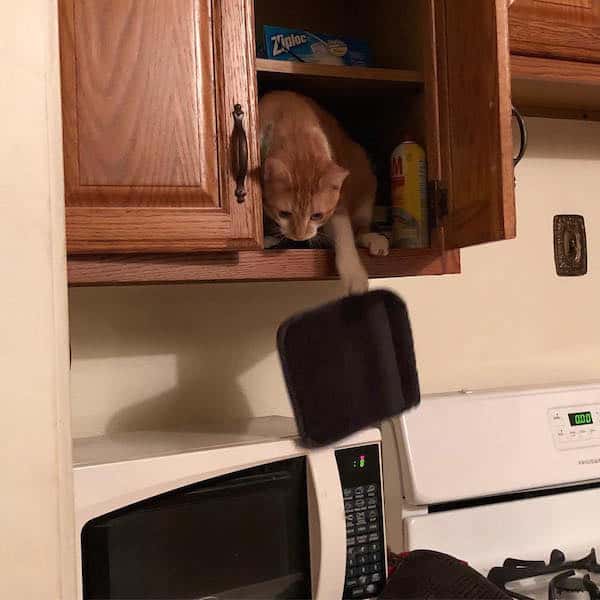 My lifestyle has changed immensely since he has joined my home. The largest change is that I’ve had to quit smoking. Every time I wanted a cigarette, I had to make certain that Boots was in his part of the house so he did not escape out the front door when I went to smoke.

The greatest change is my excitement when I get home. Before Boots entered into my life, I would come home and veg out on the couch watching something on Netflix for an hour before even thinking about dinner. Now when I get home, there is a ball of excitement that greets me very vocally. I sit down for my inspection and a cuddle before we have our respective dinners, which usually becomes; he eats his dinner and then shoves his face into my face while I attempt to eat my dinner. I love it.

I love the random encounters when he runs up and boops me on the face before sprinting in a mad dash to the other end of the house. I love the zoomies he achieves when he is pretending that the floor is lava and only the furniture can be walked on. I love watching him zone out and stare endlessly at a toy he loves.

I love having this strange animal in my life. 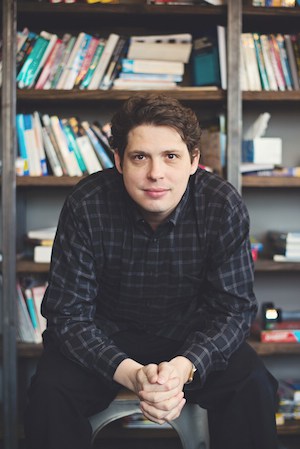 Simon Ponder is a recovering Podcaster and blogger living in San Antonio, Texas. In his limited spare time, Simon is a photographer working at various comic book conventions in the United States. You can read more about what Simon is up to on his blog, or follow him on Twitter. You can follow his cat on Instagram.