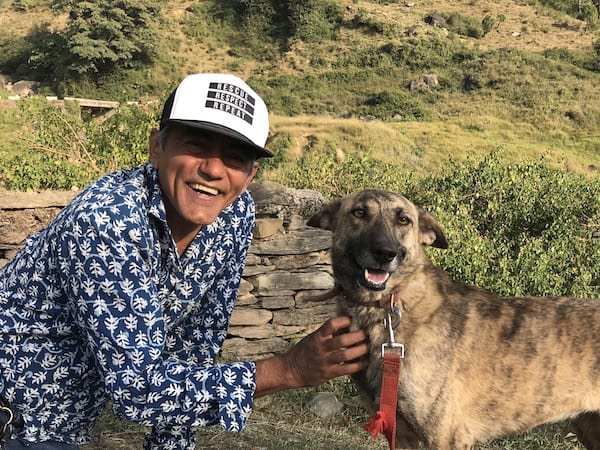 Muffin has a home…

However, Dharamsala Animal Rescue (DAR) needs help to get her there. Why should you help Muffin you ask? Well let us tell you her tale.

Muffin was rescued in May of 2015, after getting run down by a car, right in front of her mother. When the rescue team at DAR went to get her, they noticed that she looked really sad when they had to take her away. To them, it seemed as if she had tears in her eyes saying goodbye to her mom. 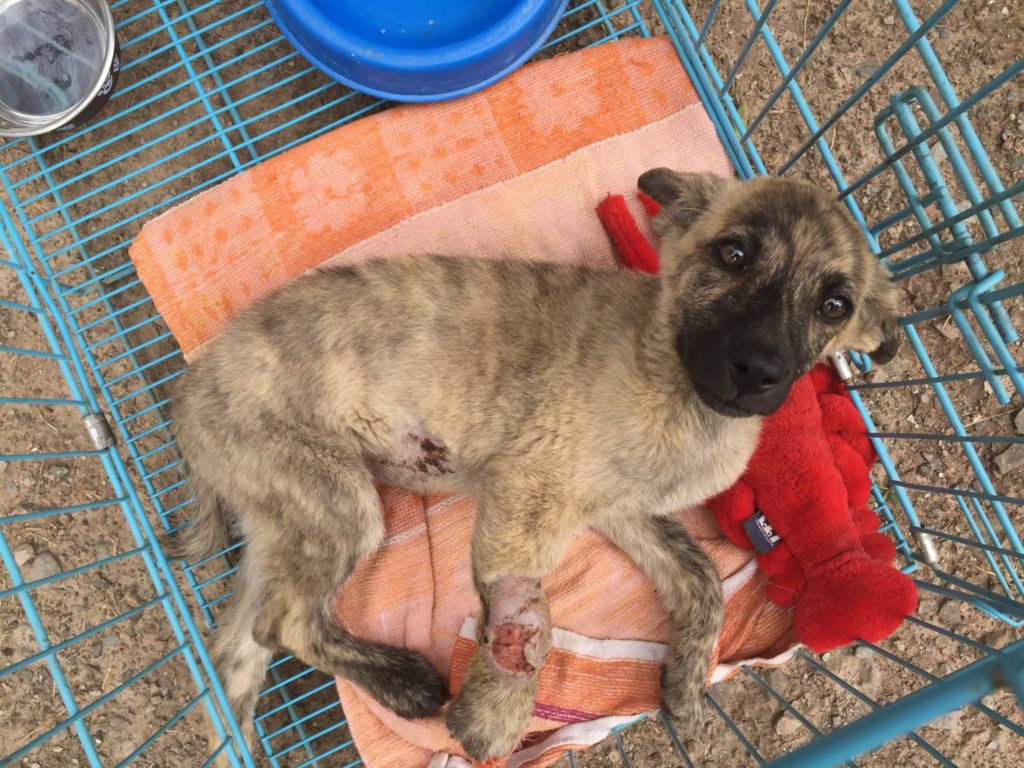 Muffin was full of wounds and had fractures in three out of four of her legs. In many cases, with a dog like this, euthanasia is an option. But Muffin had spunk, and the will to live, so the team did the best they could. In a developing country mountain town, with limited access to diagnostic equipment and experienced veterinarians, it is sometimes not enough.

Overcoming her odds, Muffin became a happy girl. Her odds included the fact that some of her fractures had calcified before she was rescued. There is no way to know how long Muffin was lying on the street before someone called for help causing this to happen.

But being the great girl she is, she learned to run just as fast as other dogs by developing her own way of running—basically using hop-like motion—initiated by her one good leg. As you can see in the photo below, walk time quickly became her favorite time of day. 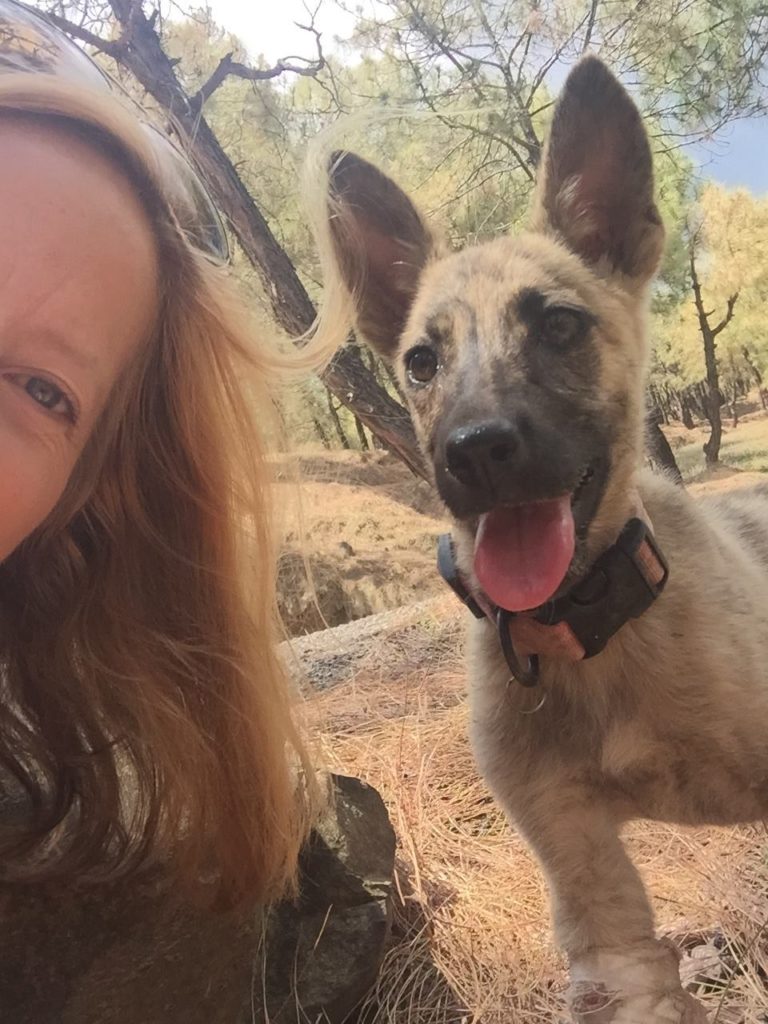 Over two years later, Muffin is still at DAR. Because of her condition, she could not be put back out on the street. There is no way she could survive, fending for herself, or trying to out-run yet another car. She became a permanent resident at DAR and sponsorships were given for her care. She has a good life at DAR but there is always the dream of finding a forever home.

Then one day, it happened. DAR received an email from a couple from California. They had fallen in love. They wanted her. It took a bit more wooing to convince them because as most of us know online dating can be tough! But this video below is what did it. It sealed the deal. Muffin has a home…now we need to get her there. To do that we have two options:

Before you decide if you can help, watch the video. Then, email info@darescue.org for more information on being a flight volunteer and click below to donate.

Thank to Asif Basra for always supporting us.  Shirt by Indigo Island. 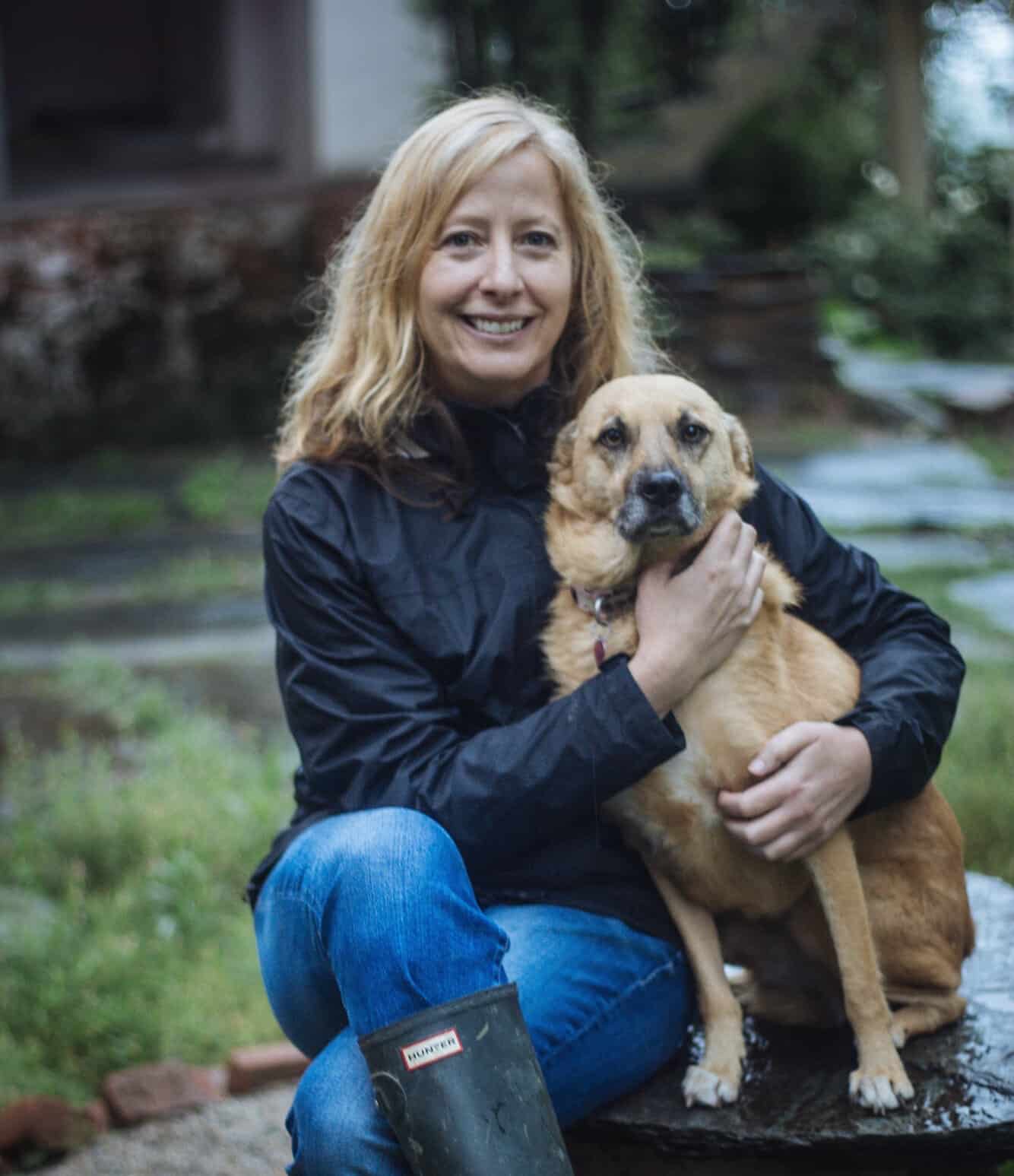 Deb Jarrett, at age 40, decided her life needed some shaking up. In fact, she needed to rattle her brains a bit. She was done climbing the corporate ladder, paying mortgages and internet dating—so she quit her job and moved to India to help animals. Not to be confused with Elizabeth Gilbert, at this point in her life, Deb had done just about all of the self discovery she so desired on therapist couches, yoga retreats, and spiritual workshops. In fact, she Eats very carefully, due to the risk of bacteria and parasites. She no longer Prays after experiencing the harsh reality of the developing world on a day-to-day basis and believes compassionate action is the answer. However, she did find Love with a younger Indian man. You can find more of her writing and learn about her work with animals on her website.