Does My Dog Remember? 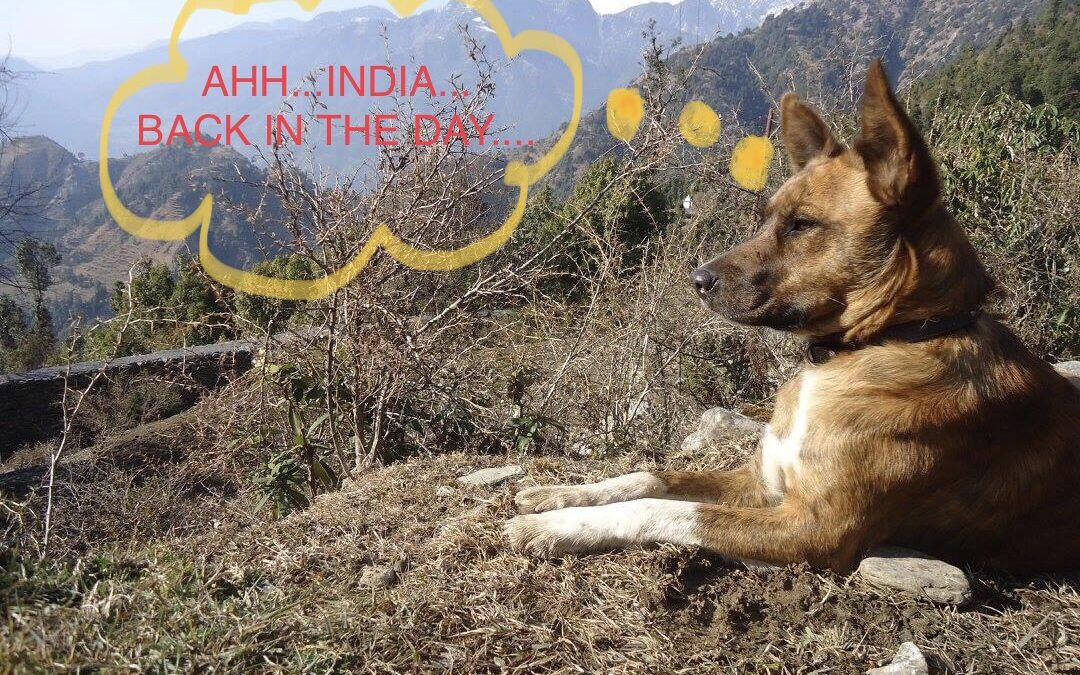 Perhaps she’s been reading up about the benefits of fermented foods like kimchi or sauerkraut and wanted to add some zing to her bunny brunches. She often brings home a fresh kill (she usually finds them dead — nothing like a ready-meal when you’re in a hurry!) and buries them in the garden. She then leaves them for around a month, digs them up, and voila! The tastiest snack in town. I have now taken to stealthily sneaking out under cover of darkness and disposing of them (to avoid the puke fest that usually follows).

Let me get to the point here though. Yesterday I was talking to a neighbour over the fence and Charlie came over to join the discussion. She then ‘stumbled across’ the baby bunny she had buried a few days ago. I say ‘stumbled across’ because it seemed that had she not been in that corner of the garden, she wouldn’t have dug it up. Plus, it hadn’t been there long enough for it to be kimchi-ready. All of this made me wonder whether she actually remembers where she’s buried her stashes, or is it all just based around scent? 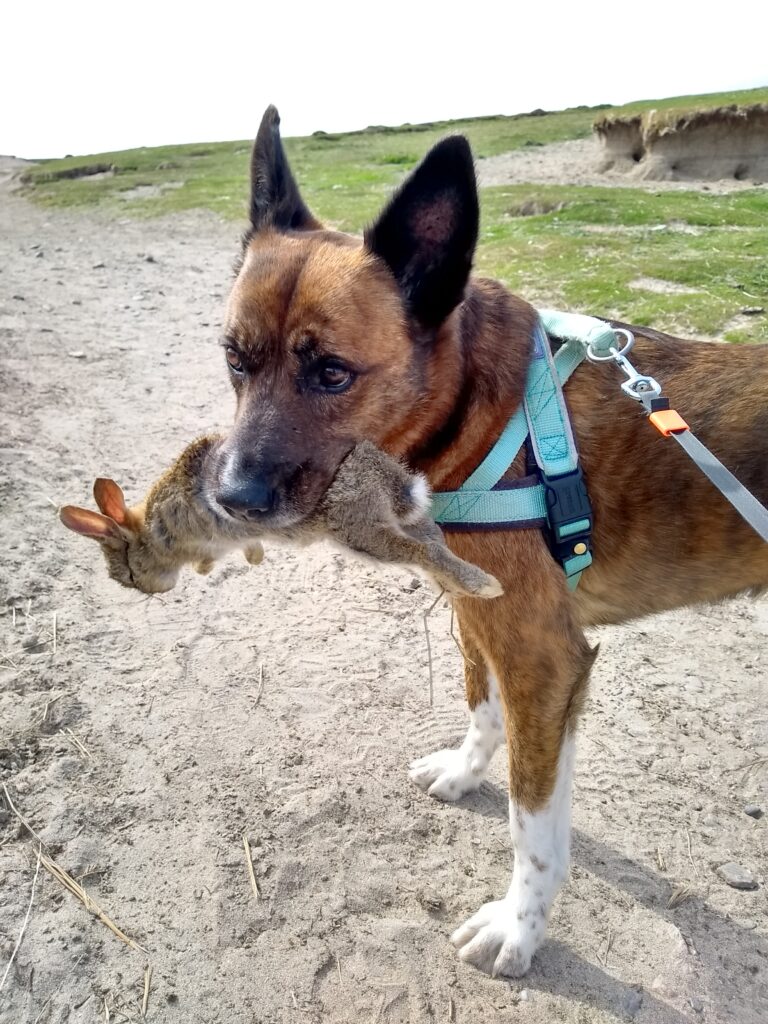 I Just KNOW She Remembers Things

You’re probably reading this thinking ‘but I know my dog remembers things’ and I would agree. Charlie greets people that we haven’t seen for a long time like long lost friends, she barks at any vehicle that rattles (which I know is an association with a certain vehicle in India), and she often steers our walks in a certain direction when she knows there’s something delicious on the path (like a rotten carcass). But, is this just associative memory or linked to scent? Are dogs living in the present most of the time or do they have episodic memory like us?

Associative memory is when we make a connection between two things or events — you start to put on your socks and your dog knows it’s time for walkies. Whereas episodic memory is something we remember because we associate it with our lived experience — it involves an awareness of self.

For years, researchers had thought that dogs only had associative memory, however some research from 2016 revealed that dogs may also possess episodic-like memory, albeit short term. Even before this study emerged, there have been cases where people with short-term memory loss have used dogs as memory-aids. However, we could argue that helping a human find his way out of a shopping mall or remembering where they buried their food is more closely related to spatial awareness.

As you can see, it’s complicated! As with human psychology, it’s unlikely that we’ll have any sure answers in the near future, but isn’t it fascinating? 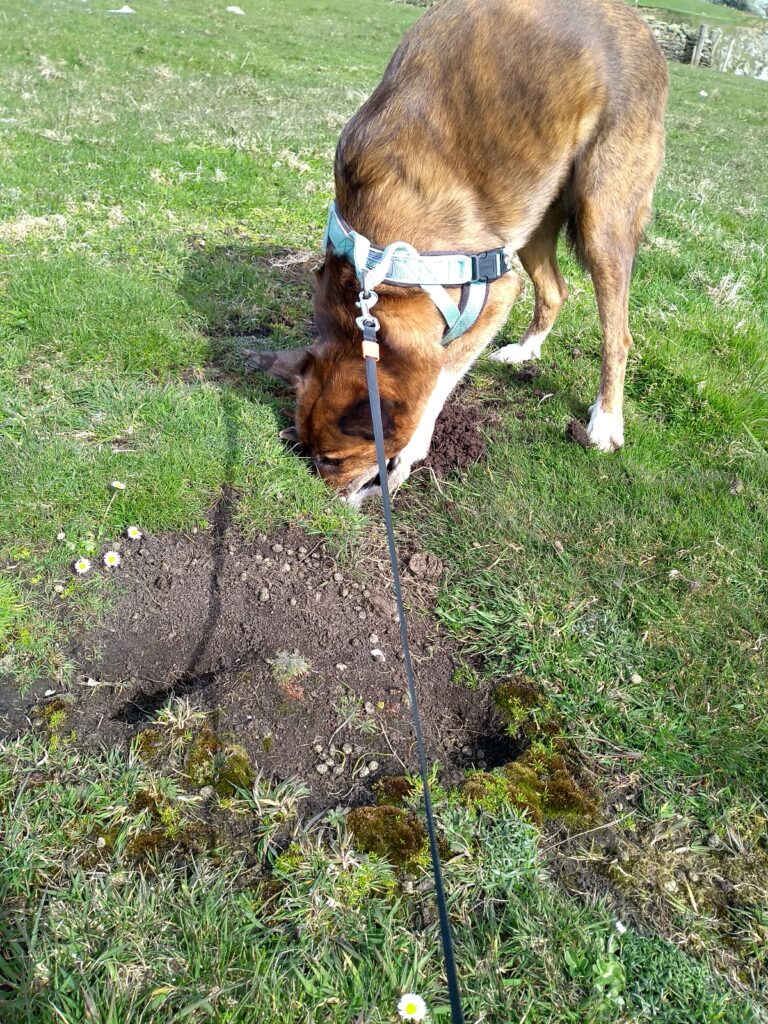 I think these unanswered questions about dog memory can be hard for us humans to handle. We like to believe that the love we feel for them is reciprocated and interlaced with beautiful memories of a life spent together, but could it just be cupboard love? After all, if dogs are mainly driven by their associative memory, clearly we are the gatekeepers to food, walks and shelter. They definitely have their priorities straight. We often think we are training dogs, but how much do we actually know about their psychology, or our own for that matter?

Dogs could be totally playing us! There’s a quote from Jerry Seinfeld that goes ““Dogs are the leaders of the planet. If you see two life forms, one of them’s making a poop, the other one’s carrying it for him, who would you assume is in charge?” Food for thought! 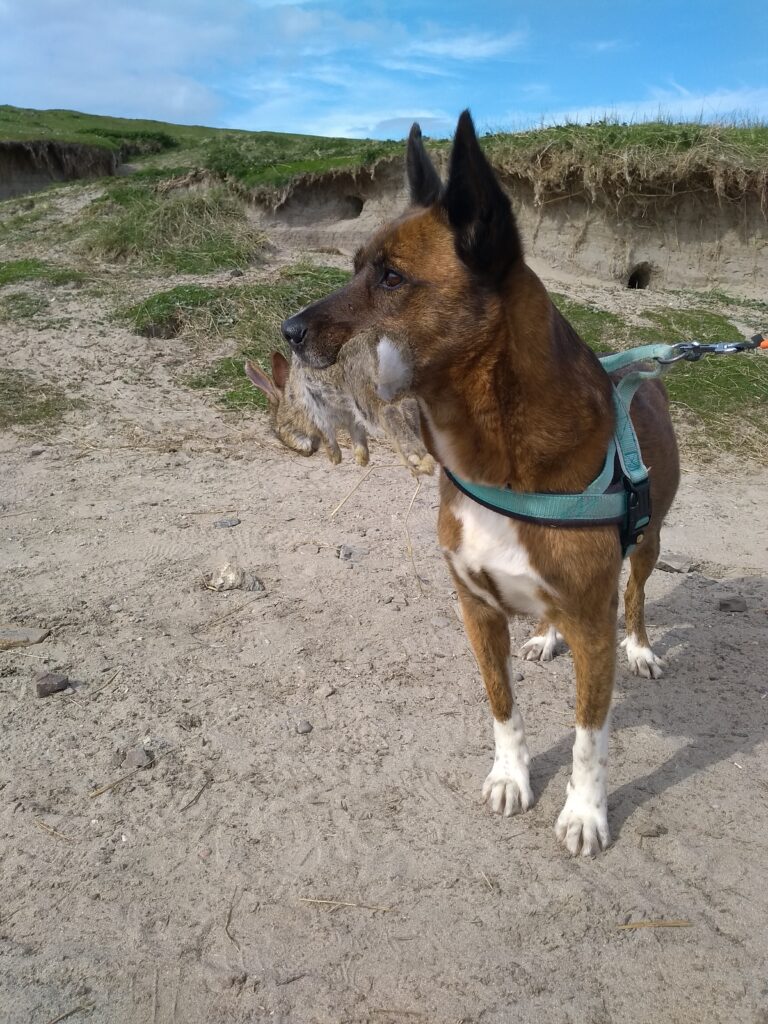 Down The Rabbit Hole

So, it’s clear that Charlie’s love of burying bunnies is an instinctual ‘save for later’ philosophy. I have noticed that desi dogs are good at regulating food intake, and never like to scoff their grub as many other dog breeds are prone to do. It makes sense for dogs that were once stray to preserve food for harder times. As to how she remembers where she’s buried it, I think it’s totally scent driven. Dogs can sometimes smell things up to 20km away, and they would have needed that ability in the past.

We’re surrounded by rabbits, and so it must be extremely tantalising for Charlie to be fenced in and surrounded by all those hard-to-reach snacks! Which brings me to something I constantly worry about — can she remember her life as a free being? We all know the freer life for dogs, especially in India, comes with dangers and hardships but I sometimes feel like the jailer. Desi dogs apparently thrive in a stimulating environment, something which is just not possible on a remote Scottish island. So, it would definitely be good news for me if she couldn’t remember that part of her life.

And something tells me that whether she does or doesn’t remember her younger, freer days, she’s here in the present, enjoying her rabbit kimchi and not remembering that it made her sick last time!