Dharamsala, April 13th – Dharamsala Animal Rescue (DAR) is making headway in their mission to end the human/street dog conflict in India. New partnerships with Worldwide Veterinary Services and Pedigree India are increasing mass spay/neuter efforts and amplifying the need for local adoption. In addition to these victories, a Canadian couple who adopted a DAR rescue dog posted a video on Instagram showing the arrival of their new pet, and the post went viral!

A Partnership with MARS Petcare – #BeIndieProud

India’s leading pet food brand Pedigree, from MARS Petcare, launched the #BeIndieProud campaign last December, urging people to adopt pets from shelters or from the street. As part of the campaign, Pedigree has partnered with 30+ NGOs aiming to reach a target of 5,000 adoptions. DAR is proud to be one of them, and the only one chosen in Himachal Pradesh. 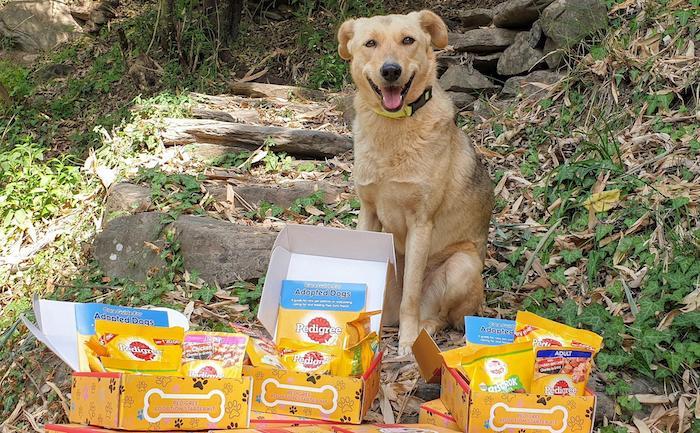 DAR is featured on the campaign website, where people can find a dog to adopt in their area. Once a dog is adopted, the new pet parent will be photographed and a promoted through the #BeIndieProud campaign on social media. In addition, each adopter will be given an adoption kit which includes pet food and a new pet owner manual to help them navigate the early days of adoption, among other goodies.

This association comes at perfect timing, since DAR also launched the I Love Desi Dogs campaign, in early 2022, to promote and normalize the adoption of desi dogs. If more organizations and brands spread awareness about loving and caring for Indian street dogs, hopefully we will see a difference soon!

After years of coordination, Worldwide Veterinary Services (WVS) is joining DAR in a historic veterinary training and sterilisation camp in Dharamsala. WVS is a United Kingdom organization that provides expert care all over the world, which includes training courses to veterinary professionals. This course is a unique opportunity for local vets to develop practical surgery skills and learn best practices in animal welfare. During the camp, 6 local vets and 2 vet assistants will be trained, and 300 dogs will be sterilised. The impacts of this program will help stabilize the street dog population going forward.

Our own Biggi has gone viral!

International adoption is not something DAR usually pushes for, preferring to put resources into long term changes via programs such as spay/neuter, rabies vaccination, local adoption and education. But since change takes time, and to prevent overcrowding at the shelter, DAR looks to Canada for potential adoptive families. (Previously, DAR also sent dogs to the United States, but beginning on July 14, 2021, the CDC banned international adoption from 113 countries.) 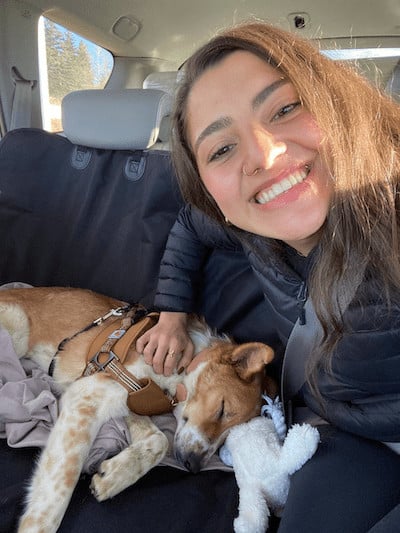 It is in this context that Biggi (now Indy) traveled for 5 days from Dharamsala to Calgary to meet her new forever family. Her adopters captured footage of their first meeting, and the video went viral! Not only did the video get hundreds of thousands of views, but it generated a lot of media attention in India. DAR thanks Havilah Heger Wiley and Stephen Wiley for capturing these amazing moments which have inspired many Indians.

India’s street dog population is estimated to be between 62 million and accounts for the highest number of rabies cases in the world with approximately 20,000 people dying from it every year. Dharamsala Animal Rescue’s mission is to help resolve the human/street dog conflict in Dharamsala by providing several key programs: rabies vaccination, spay/neuter, street animal rescue, street animal feeding, local adoption, and community education.

Founded in 2008,  DAR received the World Rabies Day 2019 Asia Award and the Animal Welfare Champion Award by World Rabies Day in 2021, and has been a recipient of the SPCA International’s Shelter Support Fund since 2015.