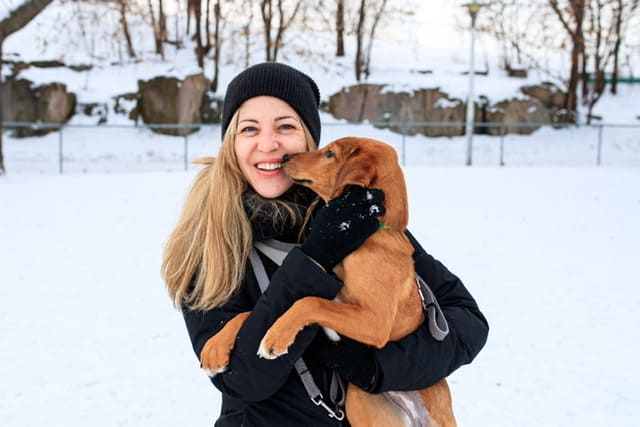 We’ve said it before and we’ll say it again — DAR is only as good as its staff and volunteers. In previous posts, we’ve talked to some volunteers who have given their time generously to help all the furries in Dharamsala. Now it’s time to highlight some of our core staff members, who work tirelessly for one reason only: our beloved desi dogs!

This week, we caught up with Marilou David, who is DAR’s Development Manager. We chatted about how she fell in love with the Indian street dogs in Dharamsala (one in particular), and how she has made it her mission to get as many DAR dogs as she can adopted.

Tell us a little bit about yourself and what you do at Dharamsala Animal Rescue.

I live in Canada and I visited India for the first time in 2017. My trip ended by volunteering at DAR for 3 weeks and I totally fell in love with the area, the DAR staff (some who became friends), the dogs and the mission. When I returned  to Canada, it was with 2 DAR dogs — one that I adopted myself, my Chizo, and one for a neighbor who wanted to adopt too. Another thing I came home with was many pictures and stories of dogs who desperately needed a home. Since then, I have gotten more than 20 Indian dogs in Canada adopted, some from DAR and some for other rescue organizations that I trust in India. 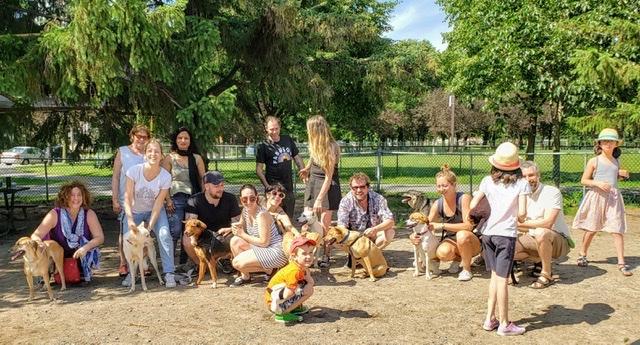 Before my trip to India, I was a publicist and worked in marketing for 15 years. When I came back, I wanted a change in direction — working more for causes and especially animals, but my work field has always been marketing. So when Deb (DAR’s founder) told me she was looking to hire help in marketing and development for DAR, it seemed like a no-brainer that we could achieve great things together.  I’ve been to DAR twice, I share my life with a DAR dog, and most of all, I believe profoundly in DAR’s mission and how they are improving the lives of animals and people. Since last November, I have worked on Matching campaigns, on video scripts, on the new Dharma Dog shop (where all profits go to fund our program), on the donor database and all kinds of development tasks.

Tell us about an event that sticks out in your mind/has stayed with you (whilst working for DAR), or a heartwarming story…

Oh… I think one of our colleagues’ death from domestic violence is the most meaningful and painful event that comes to my mind. I was not officially on the DAR team yet, but I had volunteered there before, and most of the time I spent there was with the late Shabnam, and also her mother Veena. Since leaving, I had kept in touch with both, and had great affection for them. When I learned the sad news of her death, I was obviously in shock, and I felt so close to Deb, Veena, and all those who had the chance to meet this beautiful soul.

In the months and weeks that followed this tragic event, I tried to support them in any way I could, and stayed connected with Deb, Veena and other people from the community. I realized more than ever that loving Indian dogs is so much more than just loving dogs. India is not only exotic, breathtaking, and colorful, but it’s also tragic and painful, for better or for worse.  From that moment, I felt that I was forever a part of this unique, worldwide, and caring family that is DAR.

What do you love about working for DAR?

One of the things that I love the most is when I need to create graphics with pictures of our dogs. Seriously, if you are a dog and design lover, what could be better than working with a dog photo as your basic material? I have so much fun designing products and ads with our best dog shots at DAR. Also, the fundraising part of the job is new for me. Deb is an amazing teacher and guide; I feel lucky to learn from her and to help dogs at the same time.

Has working for DAR changed your perspective on stray dogs? Tell us more.

There are no stray dog communities in Canada, except up north, but I have never been there. So I was ignorant about these issues. For a Westerner, getting used to the return-to-field practice is not easy at first, because we would like to see every dog get adopted. Volunteering and collaborating with DAR and visiting other rescues taught me a lot about the situation of street dogs in India, and in other parts of the world. Now, knowing more about their issues, I profoundly believe in DAR‘s methods. Spay and neuter, vaccinating against rabies, and educating the community are the only long term solutions to resolve the human / street dog conflict and to assure community dogs a better life. 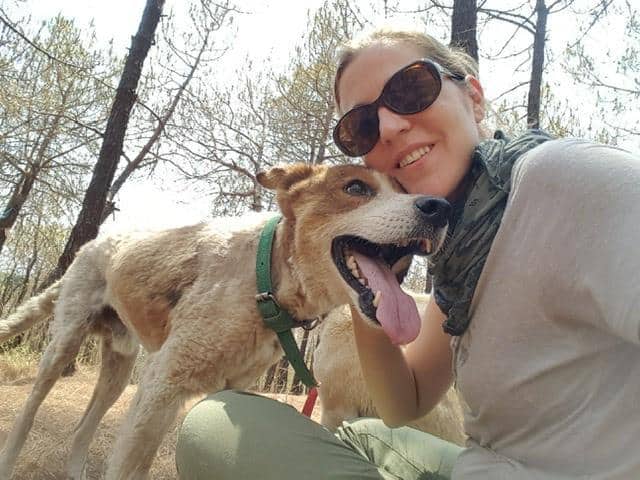 What can local people in Dharamsala do to help stray dogs?

Stop buying Western breed dogs!  If local people knew how much Canadian people are ready to pay for an Indian street dog, they wouldn’t believe it. Medium size, short coat, as cute as a dog can be, smart and funny, adapted to any weather, and most of all: in need of a home. They are the best dogs to adopt! If people can’t adopt themselves, they can still feed the street dogs with their leftovers and if they can add a little meat to it, they will only get healthier and friendlier dogs in the neighborhood. Also, if they see an animal in need, a dog that seems sick or hurting, they should call DAR right away to get help. The dogs will not get better by themselves.

On a more global scale, what are the things we can do better to help protect our animals?

We need to consider non-human animals as important living beings, who can experience pain, hunger, fear and distress. We should all read this quote from His Holiness the 14th Dalai Lama who lives in exile in Dharamsala, to remember our place in the world: “All living beings, starting from insects, want happiness and not suffering. However, we are only one, whereas others are infinite in number. Thus, it can be clearly decided that others gaining happiness is more important than just yourself alone.” 😊

Favourite Indian dish: a cup of traditional chai from my friend Veena 😊

Favourite Quote: Be Calm and Help Dogs, with the Dharma Dog Shop 😉

Fav stray dog: The beloved Johnny who lived at DAR from 2014 to 2019, when he left us. For some reason he is just my favorite dog in the world, the one who lit my sacred fire for Indian dogs. 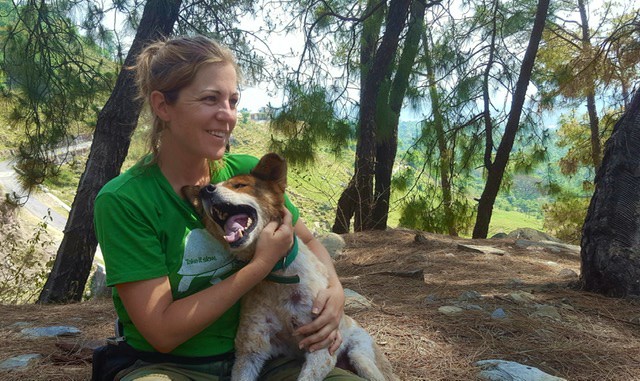