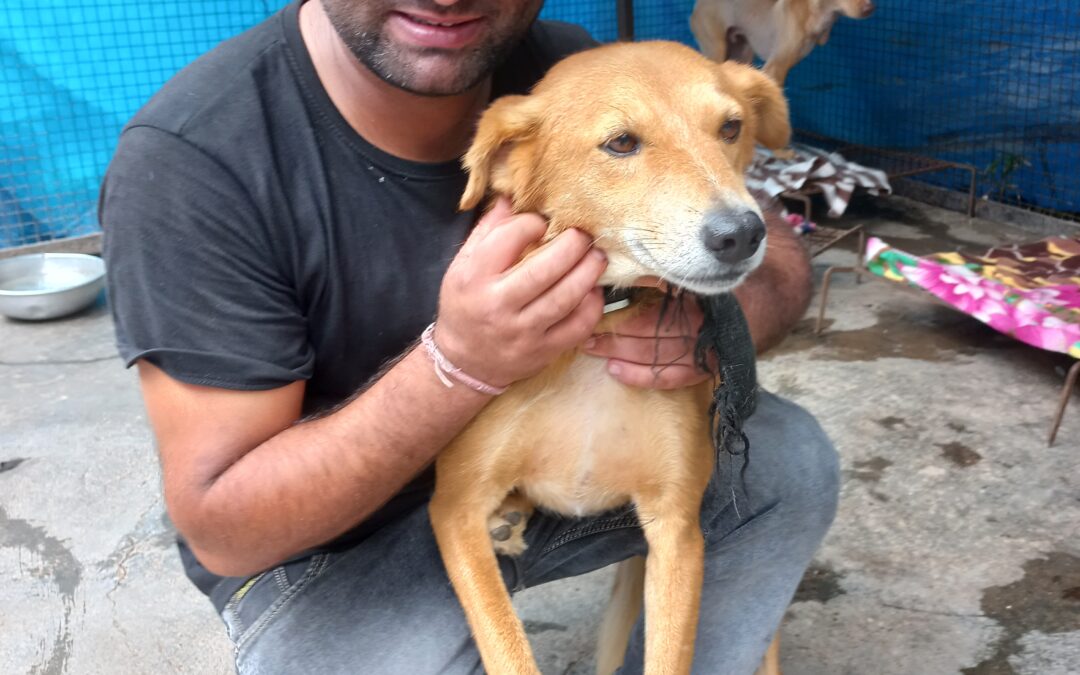 We’ve said it before and we’ll say it again — DAR is only as good as its staff and volunteers. In previous posts, we’ve talked to some volunteers who have given their time generously to help all the furries in Dharamsala. Now it’s time to highlight some of our core staff members, who work tirelessly for one reason only: our beloved desi dogs!

On a recent trip to India, I managed to catch up with some of the DAR staff. Next up is Sanjay, who is DAR’s Head Vet Assistant. We chatted about DAR’s vital work within the community, the changes he’s noticed over the years, and of course, his favourite desi dog!

Vaila: Tell us a little bit about yourself and what you do at Dharamsala Animal Rescue.

Sanjay: I joined Dharamsala Animal Rescue in 2009 and am really happy in my job working with street dogs and animal health. I assist the vets with everything they do and I also help with street rescues.

Vaila: Tell us about an event that sticks out in your mind/has stayed with you (whilst working for DAR), or heartwarming story…

Sanjay: I’ve worked for a long time in animal rescue in Dharamsala and we’ve rescued so many animals over the years – dogs hit by cars, rabies cases and other health problems. I’m proud that in many cases we’ve managed to bring the dogs to the clinic, diagnose them and treat them properly and release them again. This makes it all worthwhile.

Vaila: What do you love about working for DAR?

Sanjay: Of course I love the rescues, but I also enjoy assisting with the surgeries – I learn so much from this and it makes my job really satisfying.

Vaila: Has working for DAR changed your perspective on stray dogs/how you think about strays?

Sanjay: In my time at DAR, the population of street dogs in Dharamsala has gone down a lot due to the ABC (Animal Birth Control) programme. Of course I think about stray dogs differently now and I see that other locals are also more aware of them and our campaign for drivers to slow down so that they don’t hit street dogs. I also see more locals doing street feeding, less people throwing stones and them and trying to love them a bit more.

Vaila: What can local people in Dharamsala do to help stray dogs?

Sanjay: Locals can look out for dogs that have been hit by a car or have maggot wounds and call the helpline number. They can also help catch dogs if we need to take them to the clinic or vaccinate/treat them, and of course feed them in the streets, which in turn helps us catch them if the dogs are tamer and more used to humans.