Caring For Canines With Culinary Skills: In Conversation With Mini Seth 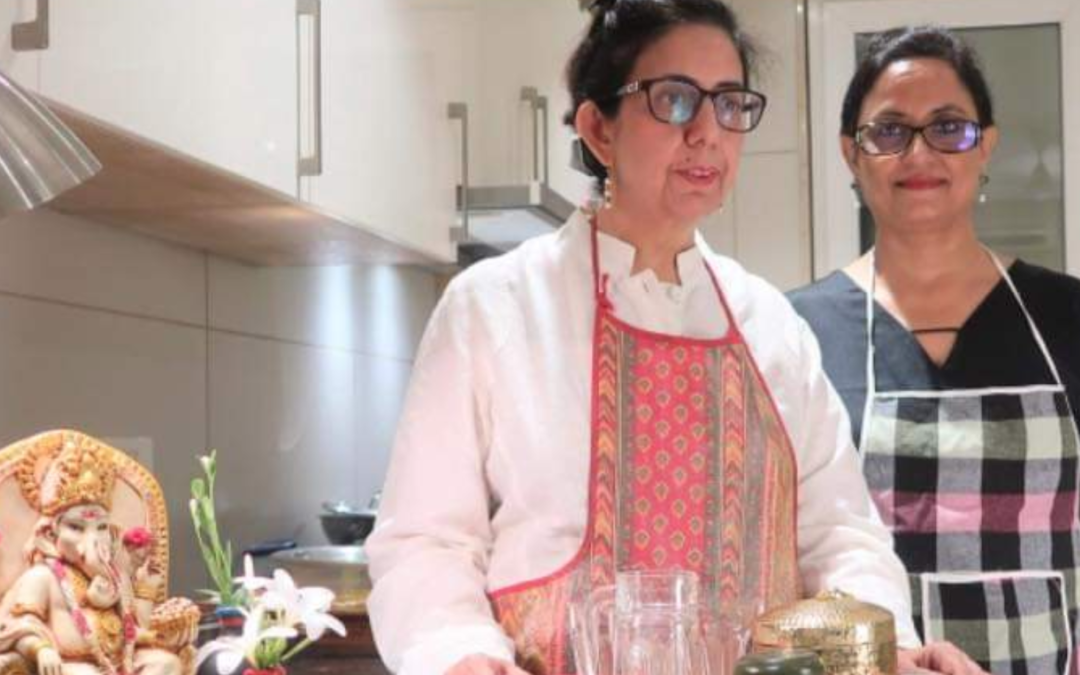 It’s incredible how just one simple action repeated over the years and generations can make a difference.

Yes, there are countless dogs suffering on the streets of India, but they are not all without help —Meet Mini Seth — one person who has taken compassionate action over the years to save dogs lives on the streets of Delhi, most recently with her online ‘Cook-Alongs’.

I got the chance to talk to Mini about her wonderful cook-alongs, her important work with the Delhi dogs, and what it all means to her personally:

Vaila: So many Indians think of street dogs as pests, how did you decide to start feeding them?

Mini: My mother had always fed the street dogs near where we lived, so it was just natural to follow in her footsteps. When my mother became sick 10 years ago,  I took what was supposed to be a sabbatical from my hectic media career ten years back, but instead led me into a much deeper involvement with the street dogs and I never looked back.

I began not just feeding, but caring for the dogs that I saw were sick and injured. I took them to vets for treatment, sterilisation and vaccination. This led finding international homes for many of the dogs I looked after. I self-funded all of it, and as you can imagine, my savings dwindled. This is when I started the ‘Cook-Alongs’ (Indian cooking classes via Zoom). 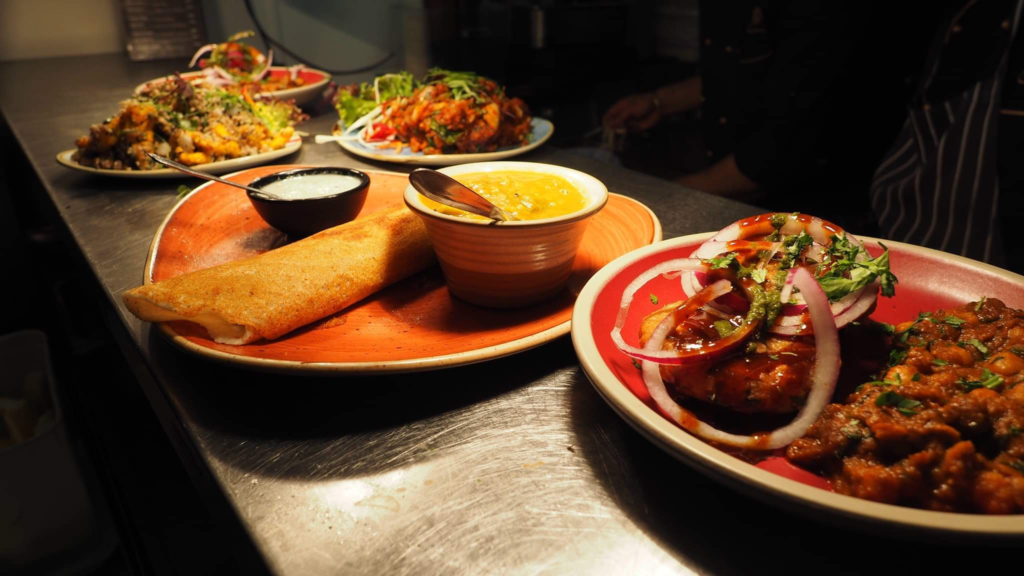 Vaila: Indian food is some of the best food on the planet, I’m sure you have had lots of interest in your classes. How long have they been running?

Mini: We’ve had classes running from June 9th this year, almost every weekend and some weeks on both Saturday and Sunday. Yes, the interest in and support for the fundraiser have been wonderful. Most participants loved the idea of learning to cook authentic home style Indian food, conducted from an Indian kitchen. The first participants were desi dog owners, who I know personally and have been in touch with over the years. Many have cooked-along each menu with us!

Vaila: How did the idea for the cooking classes come about?

Mini: Overseas adoptions have been one of my major areas of work with the street pups. Many of them go to British Columbia and the USA, placed by rescue organizations: ‘Adopt An Indian Desi Dog’ founded by Barbara Gard, and ISDF founded by Dawn Trimmel. In 2017, Barbara invited me over to visit her and meet the pups I had rescued in their new homes. While being hosted by the families of the pups, I witnessed the keen interest in Indian food. At most host homes, I was able to cook some Indian dishes for them which was greatly appreciated.

Earlier in 2020, when the pandemic broke out, Zoom became the go-to platform for online meetings and social events. With Delhi being under complete lockdown, the additional number of dogs to be fed went up. Along with frequent accident and injury cases needing to be boarded, expenses were getting difficult to manage. As I have largely self funded my work with the street dogs for the last several years, the need to raise funds became critical. All of this came together in the form of the cook-along classes. 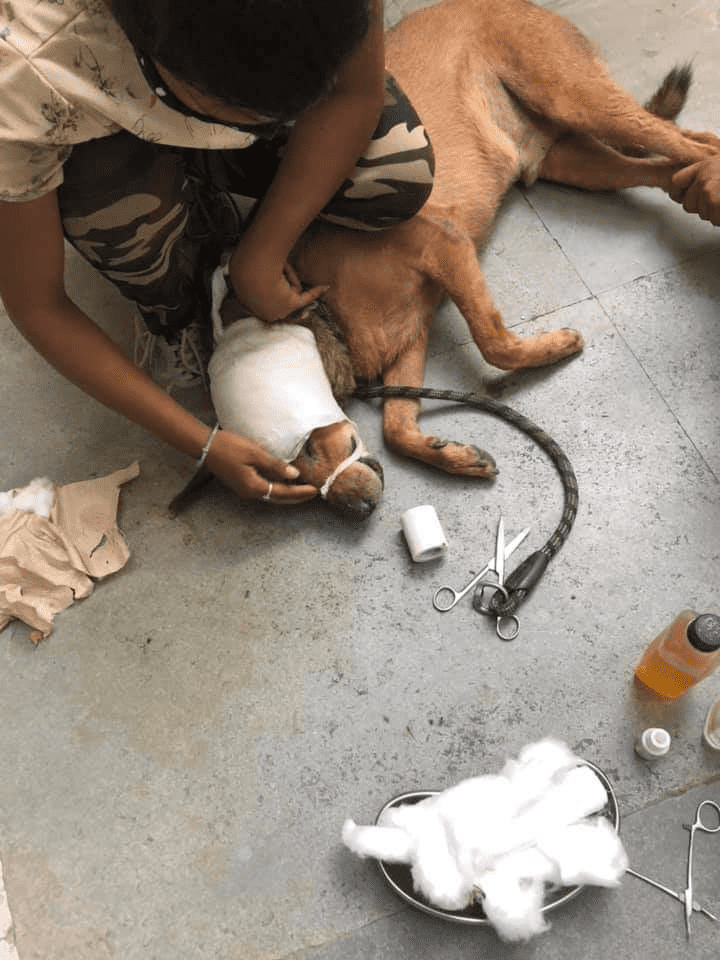 Vaila: And how did the partnership with Dharamsala Animal Rescue Founder, Deb Jarrett emerge?

Mini: Deb and I have known each other since 2015, having met through collaboration on international adoptions. DAR needed to come to Delhi to get their dogs on the international flights, for paperwork, crates, fosters, etc. and I offered Deb any help I could.

Partnering with DAR for the Cook-Alongs gave access to new participants, and also an opportunity to be able to contribute to DAR by sharing funds raised via the classes. We’ve had people who are first time donors, so these classes have proven to be a way to spread awareness on street dog issues amongst a new set of people. We hope to extend this partnership to other initiatives as well.

Vaila: Can you share some memorable moments from your classes?

Mini: The rescued dogs all make a special appearance on the Zoom calls and it’s amazing to see them in the background lying in the kitchen or just walking by. If only Zoom could enable physical contact, then I could pet and hug them in real life instead of virtually!

Most of our participants are connected to the rescue world directly or indirectly. It’s great to bond over Indian food and rescued dogs. People love the food they prepare, and so it’s hugely encouraging that in return for their donations, we are teaching them a valuable skill in how to prepare healthy meals. 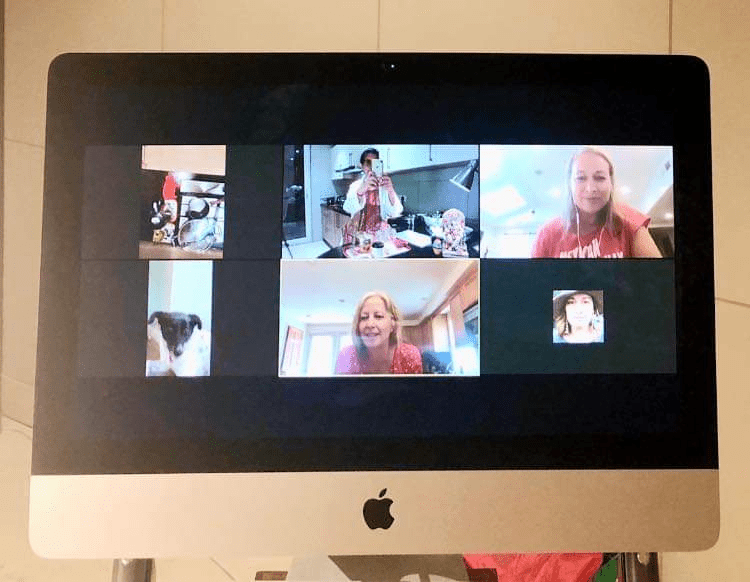 Vaila: What are the most popular dishes people want to learn how to cook? 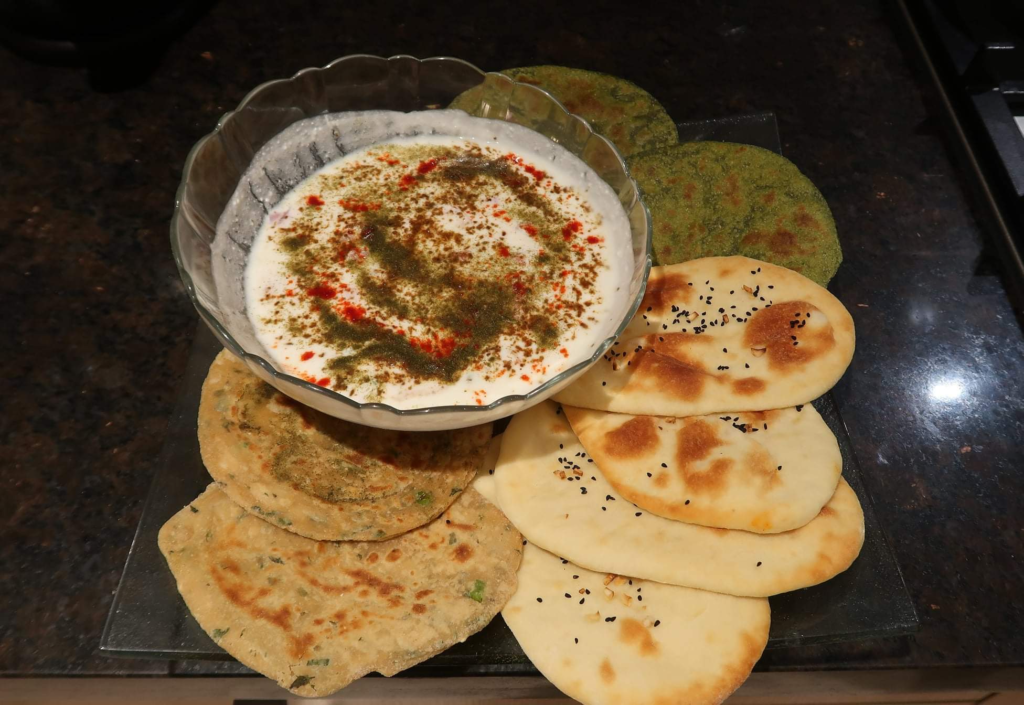 Mini: I live in Delhi. Over the years, the situation and perception of street dogs has changed. There are many individuals who work to take care of their neighbourhood dogs, and get them sterilised. However, if we look at the bigger picture, because of the lack of a comprehensive ABC (Animal Birth Control) policy, the number of street dogs has gone up and continues to grow. While individual rescuers and some NGOs do a lot of good work on the sterilisation front, unless it’s carried out in a scientific manner, we can’t hope to reduce the population or the human/dog conflict. Some misinformed members of the public and dog haters inflict unimaginable cruelty on the street dogs, and get away with it in the absence of strict laws. All they get is a paltry fine of INR50/-, which simply isn’t good enough.

Vaila: How do you feel about the future for street dogs in India? Are attitudes changing?

Mini: Yes, attitudes are definitely changing for the better. There are more people showing concern for the dogs. If the animal welfare community were united, that impact could be even greater. However, given the scale of the work and sheer numbers, without government support this will remain a very tall task.

Vaila: What can people do to help?

Mini: Spread awareness and more awareness. Lead by example. Kindness is contagious and we need many hands to accomplish a kinder and safer place for our street dogs.

Vaila: Lastly, can you express what it means to you to be doing this work to give these dogs a better life?

Mini: Caring for them is my passion and seeing a definite improvement in their very difficult lives on the road is my mission ❤️

Vaila: Thank you Mini for your time and for all your efforts to save lives and for inspiring others to do the same.

Sign up for the next Cook-Along with Mini and DAR to learn some Indian cooking and help street dogs!

Register for a Cook-Along