Bred Dry: Why mongrels are better 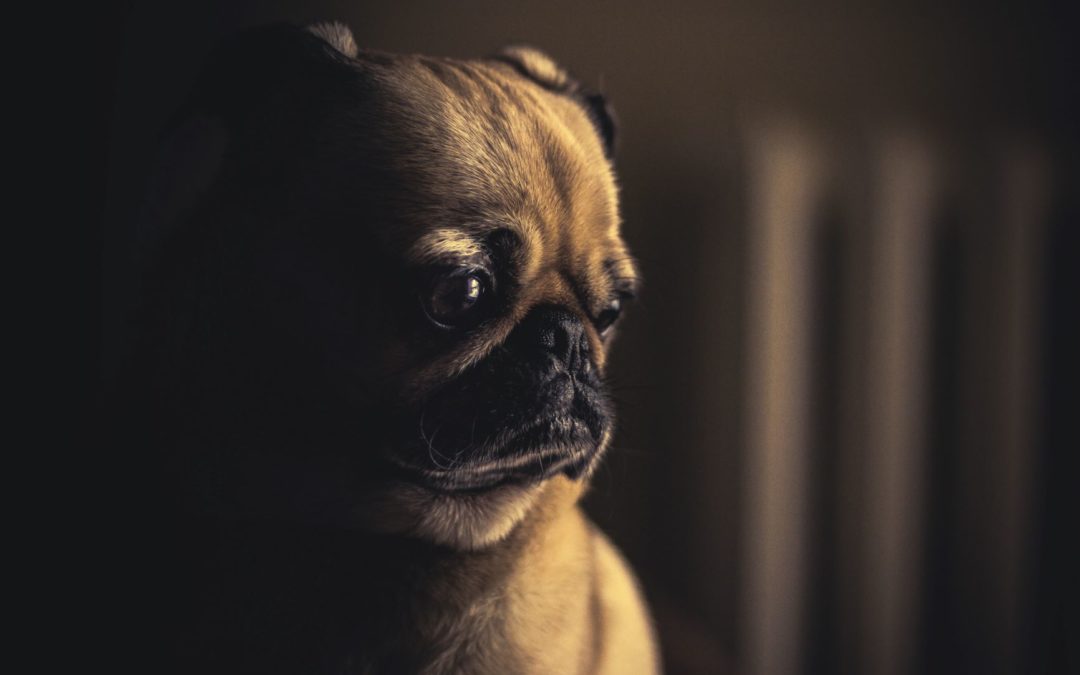 Although dogs have been domesticated for around 15,000 years, the intensive selective breeding that has given rise to the 400 or so modern dog breeds only really started in the mid 1800s.

We now have dogs in a huge variety of shapes and sizes, each one bred for specific looks and personality traits. But as a result of our desire to have dogs with certain physical characteristics, many dog breeds today suffer from serious health issues. The Labrador retriever is the most popular dog in both America and the UK, but even this trusty family pet is not without its problems. Labradors are known to be over-eaters, often leading to obesity, but that is not where their health issues end. They are also prone to joint and eye problems, which are the result of excessive breeding.

Owning a breed dog can often be a complicated (not to mention expensive) affair, but we could avoid most of the health issues if we owned a mongrel dog instead. So why do we feel the need to have breed dogs? What is this obsession with names and pedigrees about?

What have you done to us, hooman?

Traditionally, domestic dogs were bred to serve certain functions―many of them to do with hunting. Did you know poodles used to be gun dogs? Apparently, the way they are clipped was originally designed to keep their organs warm but get rid of excess hair to reduce drag in the water when they were retrieving. I have also heard that the coloured ribbons were first used so that owners could easily identify their dogs during a hunt―though poodles were popular as circus dogs at one point, so that might account for their odd grooming and decoration.

Anyway, enough about poodles―they are not actually on the most problematic list. But of the breeds that are, most have been bred to look a certain way. If you have a look at the breeds below, you will see mostly pets, not working dogs. Their breeding may have started out to enhance useful working qualities, but it has been carried on into modernity to appeal to an aesthetic. These dogs have been bred to conform to a standard ‘attractive’ look and human-compatible behaviour, and it has come at the expense of their health. 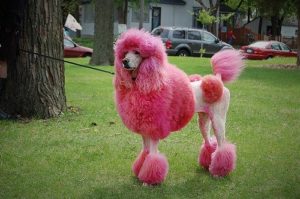 Seriously, I come from hunting stock

Take Pugs, for example. I was once told by a pug owner that when you purchase a pure-bred pug, you are given instructions by the breeder as to how to pop their eyes back in. (True story, that’s what I was actually told.) Pugs, according to this owner, have been bred to have such bulging eyes that when over-excited they will sometimes pop out of their sockets. And that’s what we like about pugs, isn’t it? Their bulging eyes, curly tails, and those ugly-beautiful pug-dog faces. But that pug-dog look has come at a very steep price, for both the owners and the dogs―pugs can’t breathe properly and their eyes are liable to pop out. Damn, humanity! You nas-ty.

The following is a list of the most unhealthy dog breeds in the world and the problems we have bred into them:

When looking at it like this, it really does seem that we have tried to play God with dogs, and messed it up pretty badly. Breed dogs, when left to their own devices, do not favour other breed dogs―by which I mean a bitch in heat is not going to demand to see her studs’ papers before deciding whether or not she’s going to let him sire her children. Usually in nature, the strongest, healthiest dog, the one who will make the best daddy material, will sire the pups. That is the natural way of things.

I heard a story the other day that confirms that this. In the Sixties, on the island of Hong Kong there was only one pure-breed black standard poodle stud dog, and he would not (or could not) sire puppies on any of the breed bitches. However, he did sire a litter on Whitbread, a mongrel bitch who had been adopted off the streets by a friend of mine. She ended up with four gorgeous roly-poly half-poodle puppies, and if the photos are anything to go by, she was pretty stoked with her mongrel babies. 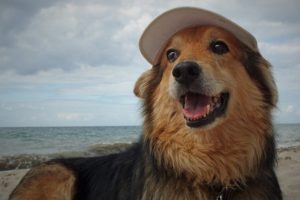 Mixed-breed and proud (and damn cute, if I do say so myself)

Nature actually does know best, but sometimes we forget that. While there is nothing wrong with the theory of breeding dogs, it is obvious that we have taken it too far―there is something innately inhumane about intensive selective breeding. And in the end, what’s it all for? A mongrel dog will give you just as much love―if not more―than a breed dog, and it is a damn sight kinder to let dogs do their own thing, naturally and healthily, with whomsoever they please―so long as it is not the sofa or a visitor’s leg! 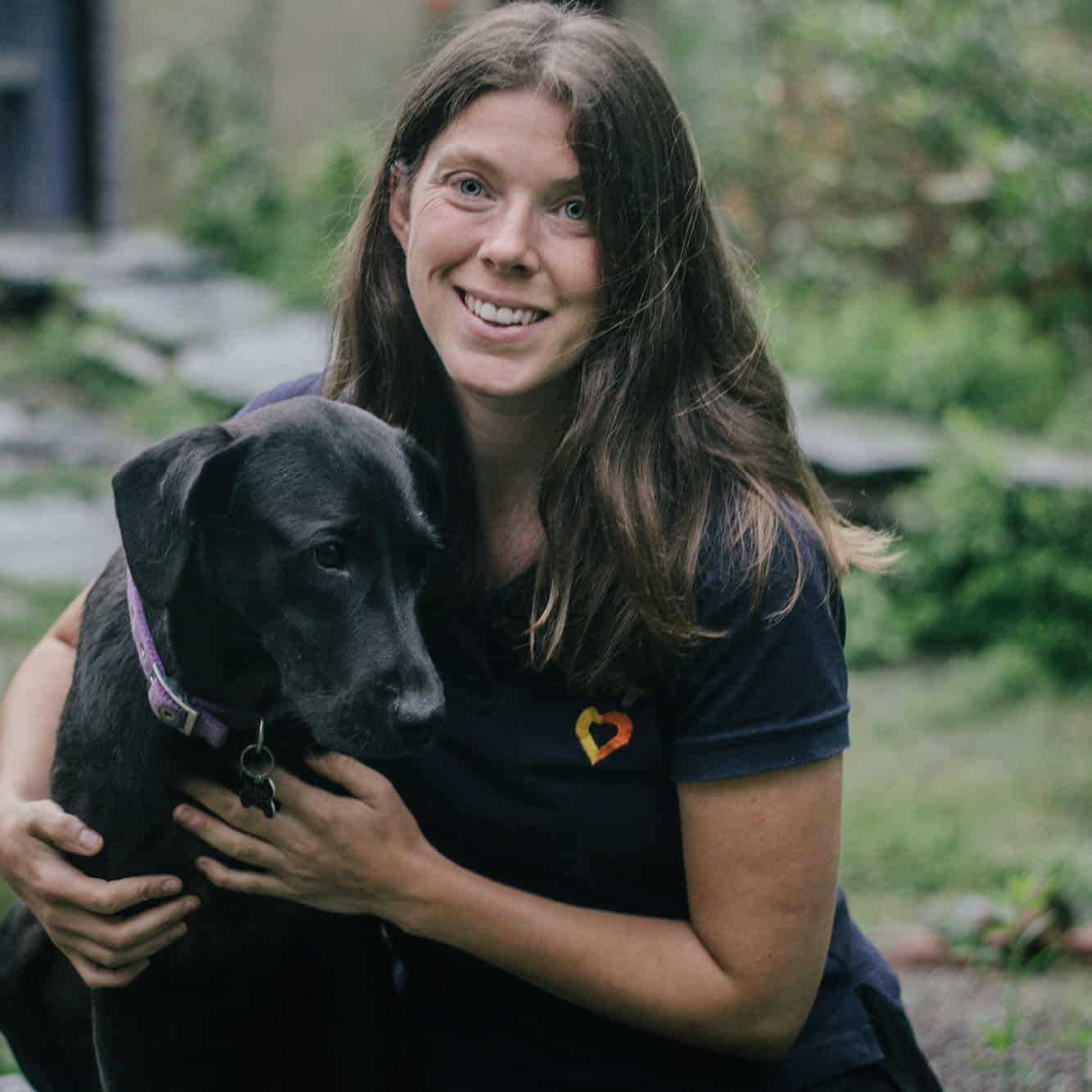 Since the age of 11, after watching the BBC science documentary series Horizon, Becky wanted a career in science.

After completing a Bachelor’s in cell and molecular biology and a Master’s in molecular and genetic medicine, she finally settled on immunology as her field of choice, going on to complete a PhD in the subject. One post-doc later, Becky left England for India, to volunteer at the Tibetan Delek Hospital in Dharamsala, working in the TB section. Feeling quite at home in the mountains, her six-month trip turned into eighteen months.

Just as she was preparing to return to the UK in 2014, her good friend Richard from Dharamsala Animal Rescue asked Becky to foster a puppy they had rescued. However, this was no ordinary puppy: Pluto had been diagnosed with diabetes at the age of eight weeks, was very small and skinny, and had a skin condition. Becky agreed to take her in for the winter, researched diabetes in dogs, changed her diet and insulin regime, got her healthy, and decided to adopt her. This was the start of her volunteer work at DAR. Becky is now a fulltime volunteer at DAR, where she has set up a diagnostic laboratory, and aides in diagnosing and treating rescued animals.