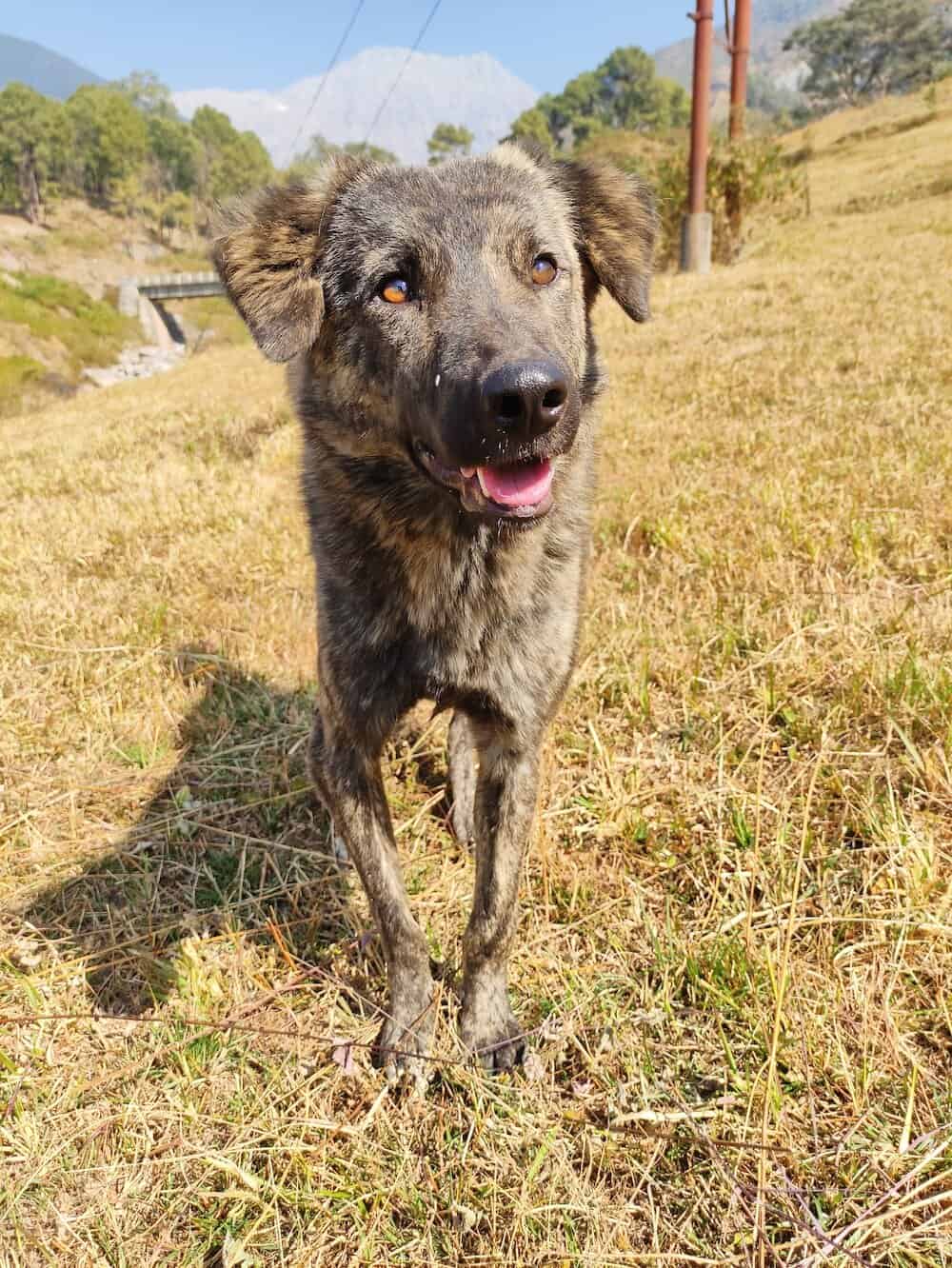 If you live in the Kangra District of H.P. and are interested in adopting Temple Boy, please call 98828 58631 Monday – Saturday 9:30am – 5pm to set up an appointment to meet him and fill out an application.

If you are in Canada and want to adopt, please see application below.

As the name suggests, Temple Boy belonged to the temple in our village. In 2019, he was hit by a car and was brought in by the temple priest who looked after him. He was returned to the place where he belonged after he recovered. Unfortunately, his front right let did not heal properly and he continues to limp slightly. In March 2020, he followed Deb (our Founder) to the clinic and stuck around. It was clear that he had made up his mind and considered DAR his home. With the neighbors constantly complaining about a dog loitering around, we took him in.

You’ll find no other dog friendlier than our sweet Temple Boy. He loves to play with both humans and dogs, and often gets in trouble for it. He also loves to come to the office for a time out, just laying around and seeking attention from the team, and the odd treat too.
If you need a snuggle buddy to overcome the lonely nights, Temple Boy will help you accomplish that. Please note, he does have one leg that is slightly bent, but it does not slow him down!