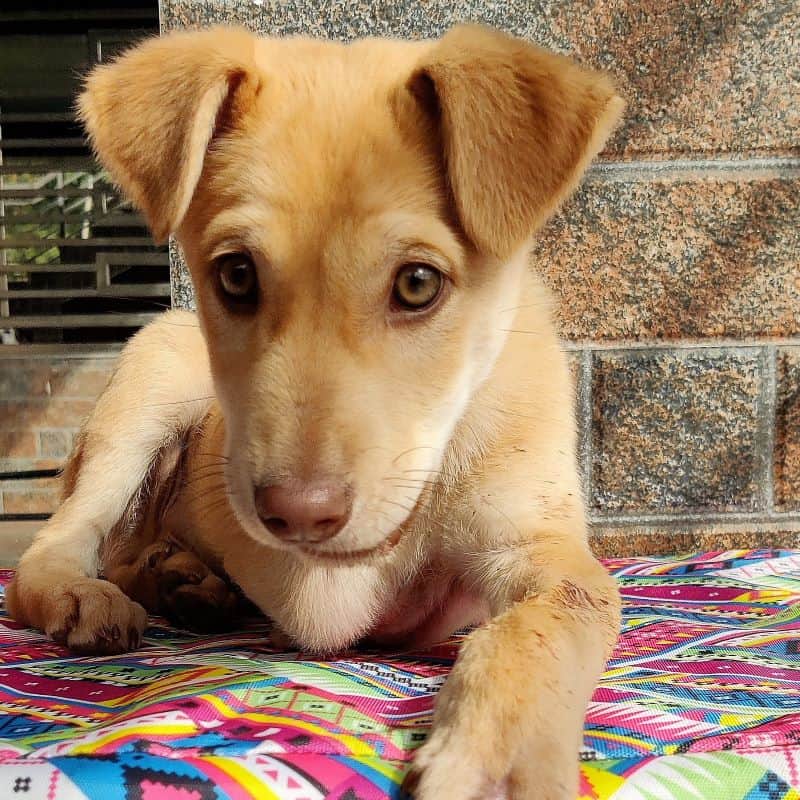 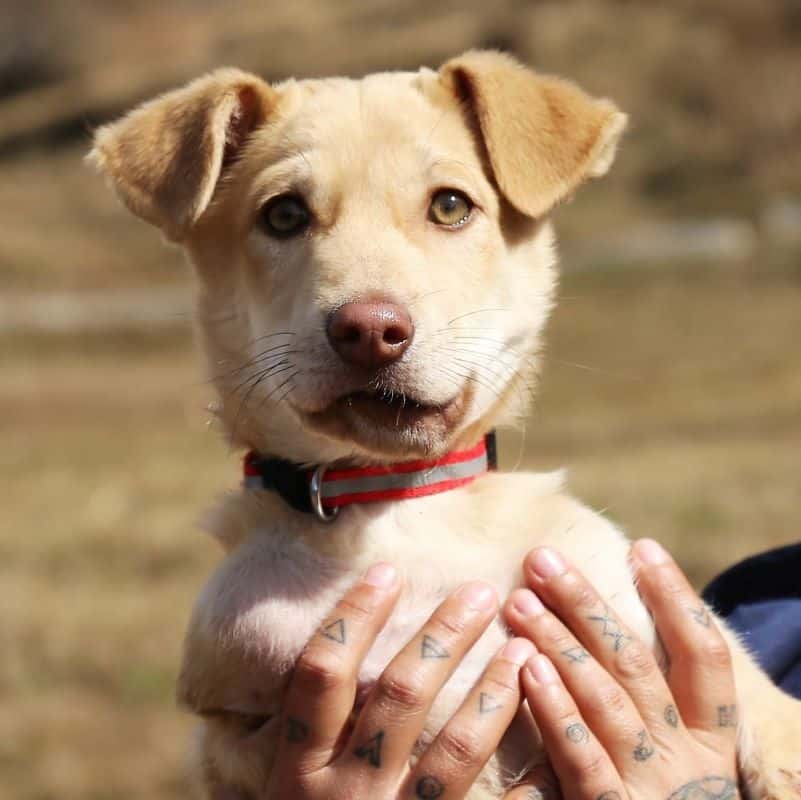 If you live in the Kangra District of H.P. and are interested in adopting Mason, please call 98828 58631 Monday – Saturday 9:30am – 5pm to set up an appointment to meet him and fill out an application.

If you are in Canada and want to adopt, please see application below.

Mason was rescued on January 2, 2022 after a hit and run by a speeding bus. The poor little boy was found lying unconscious in a pool of blood, with multiple injuries. We rushed him to the clinic and on examination we could not believe he was alive with all of his injuries. His right forelimb was crushed and degloved with bones fractured and exposed needing an emergency amputation. His left forelimb had a lacerated wound, and he also had a lower mandibular fracture due to which some of his teeth, including a small portion of jaw bone, had to be removed.

But look at him now! The sweetest survivor. Mason is a larger-than life character who captures the hearts of all who meet him with his loving nature!

Mason is a quick learner. His favorite activities besides taking naps on laps are playing with fluffy toys, playing with fellow canine companions, and getting treats while sitting on command.

One of the main challenges with Mason is that he is very needy. This is probably due to the trauma he suffered and then the round the clock care he received during his recovery. He has a hard time being alone at the moment and when he is left alone he can be very vocal. We have had other patients like this and as they grow more confident this behavior has gone away. But, for now, he will need a home where someone is around the majority of the time to help him feel secure. The presence of another dog would be a bonus!

Now recovered from his surgeries, he is eating properly and is walking well. He’s weight bearing on three legs and running! He can eat dry solid food, but should not be given hard bones or play with hard toys for the time being in order to take care of his jaw which continues to heal.

Who will be lucky enough to be part of this special lovely boy’s story? Apply today to adopt Mason!  See application below.