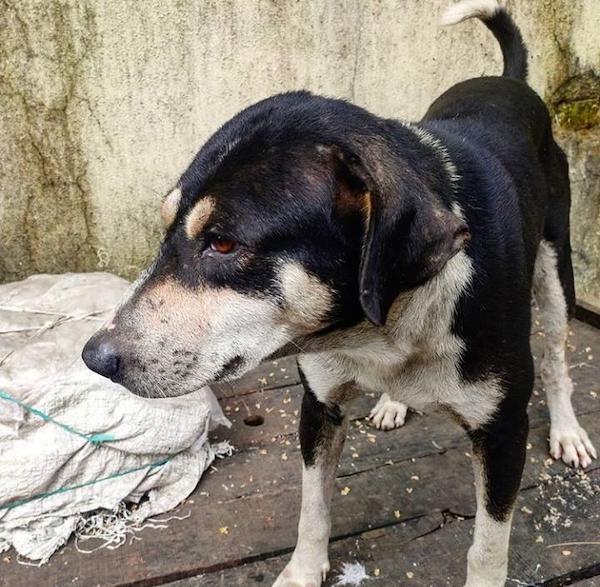 On a cold rainy night in July, we geared up with our long raincoats and thick rubber gloves to feed all those poor souls, shivering under the vehicles, dreaming of warmth.

As we carried our buckets full of rice and chicken legs along with a bag full of biscuits and a packet of dog food, we were greeted by wagging tails. Personally, this is my daily motivation.

One of them, named Bholi, gets so excited that she whines and uses her front paw to scratch the metallic gate, asking “What kept you? Don’t you see I’m hungry?” She always fails to resist the urge to stay calm.

But Kaalu stays calm, smiling, as he knows the game. Soon we get surrounded by these pooches. Some are shy, others desperate for the food, and Kaalu knows his spot which is on a hand-cart.

Because he is very smart and knows where the treasure is. As soon as the bucket opens, Kaalu is the first to receive the freshly prepared yummy food.

And it is important. To let others eat, we have to make sure that he is busy with his plate. He wouldn’t hesitate to stick his muzzle in the other dogs’ plates. Sometimes I think we spoil him. After the lockdown started, our organisation ‘Feeding Animals’ has been feeding 85+ dogs, 10+ cats, and some cows.

So why does Kaalu get so much attention? Well, there’s a story behind it.

Lockdown had a terrible effect on all of us. We humans, being social animals, have seen our social gatherings stop and to a certain extent, our interactions too.

But for the strays, the situation is different. It was a question of life and death and the news of strays dying from starvation wasn’t a new thing in some cities. So one day, the founder of our small group and a proud parent of his 2 dogs, Jeet Bhattacharya, decided to start feeding dogs in his local area. Many dog enthusiasts joined him, including me. And this was the first time we met Kaalu.

To be honest, being first-time feeders, we were scared of the dogs. So we carried sticks with us, just in case we needed to fend off any hostile dogs. Many volunteers, including myself, had some bad stories about dog chases and bites from our childhood (which in India, is pretty common).

Thankfully, not one of them was hostile towards us, but soon this mob turned chaotic as an unfamiliar dog arrived at their feast.

This black male, Kaalu, a little muscular looking to be a stray, stood his ground but was soon attacked from every side. To break up their fight, one volunteer banged the stick on the street producing a sharp noise that made others run, but not this tall handsome boy. As we successfully fed all of them and started walking, this dog wasn’t afraid to shimmy around us, exploring new territory.

Other dogs greeted him with a growl, but he didn’t bat an eye. When the fights got uncontrollable, he would find a safe spot, which was in amongst the two-legged volunteers. Soon his daily routine was to follow us throughout the feeding. We named this little companion Kaalu (‘black’ in Hindi).

After spending some time with him, we realized that Kaalu was good at giving a paw. This is a common handshake trick many dog parents teach their dogs. It was a clear indication that Kaalu indeed was once a pet dog. Soon we came to know that Kaalu was abandoned by his parents a year before. The other strays were in no mood to accept him as their new clan member, maybe due to his physical difference.

He was a lone wolf. But that didn’t stop Kaalu from making a few girlfriends. With our moral support to wander into new territories, he met many new female dogs, and even tried to mate with some of them. Bad luck for him, as we have already neutered many of these female dogs, but good luck for the females and for controlling the street dog population.

One day we noticed that there was a big, red, hardly noticeable, wound in his black fur. We were sure that Kaalu had been in a fight with dogs over mating. We treated the wound with powder but were unaware of what lay inside. Maggots!

The rain encouraged the maggot infestation and transferring Kaalu to the nearest vet wasn’t an option due to lockdown. So an operation was conducted the very next day at the same location where we feed them, on the roadside. I have to say the operation was disturbing to me but it was necessary. The wound was around 1.5 cm wide in diameter and who know how deep.

Kaalu was calm however, trusting in us, and didn’t struggle. The treatment was successful, and we fed him a lot that day. But the very next day, he was gone again for the next 2 days. When he returned he was covered mostly in black grease. It was a clear indication that he had been wandering in the Industrial zone which is around a kilometer away. He was also skinnier, as no one else had been feeding him.

A day for being a lapdog

One month later, there was a campaign for female dogs’ sterilization carried out by the local council in the area. Kaalu was well-known among the workers for showing aggression against them so they requested Jeet to get a hold of him while they performed their task.

Kaalu was in his lap for the entire process until they captured almost all the female dogs in the area. These dogs would be neutered, kept under observation for 3 days, and then set free in their specific territories. Soon we realized that instead of being the tough, confident dog that we thought he was, Kaalu was actually afraid of these workers and was barking in self-defense.

He was calm and liked being on Jeet’s lap so much that even after the workers were gone, he refused to get down from for another half hour.

Feeding Animals has been serving more than 85 dogs, some cats, and wandering cows.

In our journey of feeding these beautiful souls, we met many but Kaalu has always been our constant companion. Gradually, he learned to respect other dogs’ food by not interfering while they eat. However, he has a larger appetite than most other stray dogs we feed. We know this and feed him 1.5 times more.

Still…Whenever some dogs get lazy whilst munching on their food, Kaalu swoops in and cleans their dish with no remorse. He often gets scolded for such acts, but then it’s a tough job not to fall for his smile.

He is so adorable and easy to handle that some of our volunteers even tried to keep him as a pet. But soon they came to know that Kaalu loves his freedom. Kaalu will try to run away whenever given a chance or scratch & howl at the door when we lock him inside any home.

Instead of being a couch potato, he loves to explore new areas (in search of ‘love’). This is how he was raised and he takes pride in it. Sometimes, letting go is the best way to show your love & affection. That’s why we never adopted Kaalu. He is something that we call ‘our pet stray’. 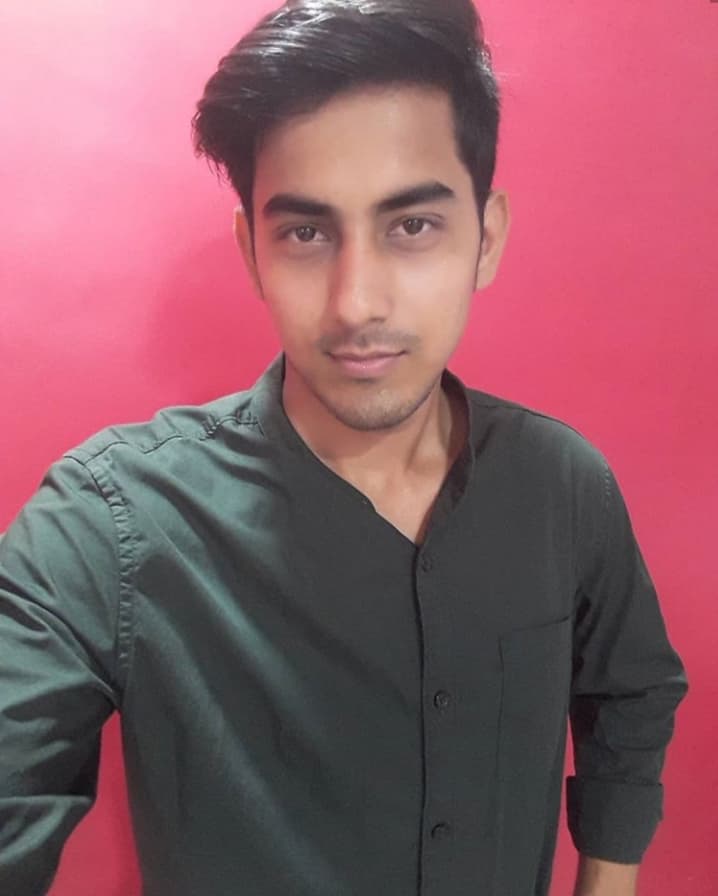 Bhavesh Shah is a dog enthusiast and a blogger who loves to make articles on dog breeds and foods. He has been analyzing various dog food products on his website, which you could find on his blog.