A Nomadic Life With My Desi Dog 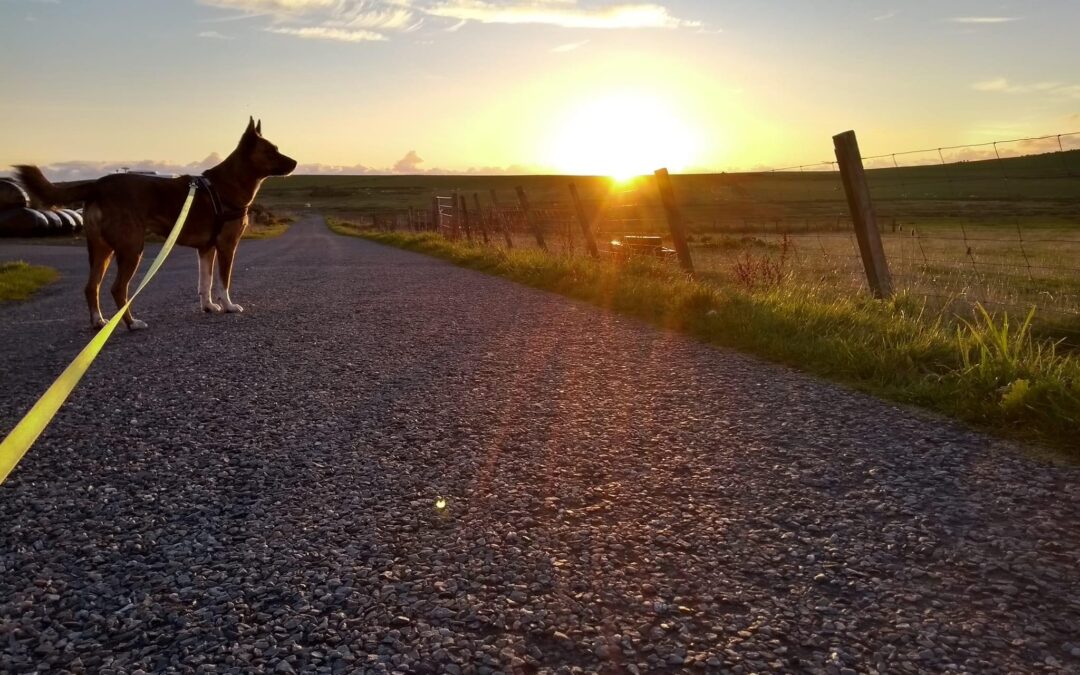 I often feel guilty about adopting Charlie, my desi dog. Yes, you heard me right — guilty.

Charlie was wild, a free spirit, loved running around the hillside charming everyone she met. She was even reluctant to stay at first, until she clocked that there was a steady stream of food.

But there are dangers out there and sometimes we know what’s best for them. Yesterday’s puke incident is the perfect example. Charlie swiftly devoured a massive bone she found on the street, subsequently spent the whole night puking, disturbing everyone’s sleep. We went out this morning for our walk and what was the first thing she did? Eat a bone.

A Dog’s Life in India, Scotland and Portugal

As much as I know Charlie is better off with me, there’s still this niggle inside that worries intercontinental travel has scarred her in some way. She has changed. And this guilt (which I know is my own social conditioning rearing its ugly head) has led me to observe her closely and weigh up the pros and cons of the places we’ve lived in — to date India, Scotland and Portugal.

Wild And Free In India

It’s all about territory in India. As a dog, you better be prepared to go out there and fight — quite brutal at times. India is a place where dogs scramble to survive. I used to try to take Charlie from A to B on a leash but it was awful, walking through several street dog ‘patches’ and inevitably getting attacked and sometimes mauled. In the end, I realised that some things from my culture just had to be left behind when living in India, dog-walking in the street being one of them. 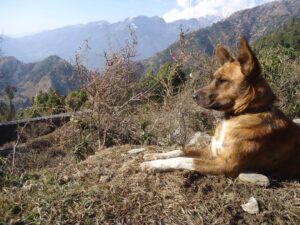 But then there was this other side to it. We could go up to the mountains and she could roam free. Let her wild side come out. Locals are so relaxed about dogs being free (unlike in Europe) because that’s the way they are, and it felt good to let her live in that way. And within her own patch, she had many friends. Her instincts were firmly in place. She knew snakes were dangerous, to stay out of the fast moving river rapids, and to protect me at night. India heightens the senses.

If India heightened her senses, living on a remote Scottish island dulled them. With no natural predators, dangerous snakes or insects, and my personal safety at an all time high, she quickly learned how to play and curl up next to the radiator. She wagged her tail at everyone, and soon became this docile, ‘peaceable’ mutt. 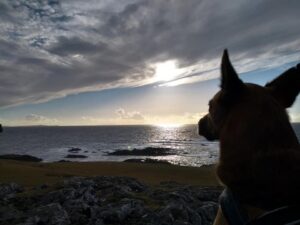 She generally didn’t bark anymore because let’s face it, she couldn’t even hear anything over the (sometimes) 100mph winds! What she did bark at though was other dogs on leashes. I think it was a throwback to having to be defensive in India. But after observing, I concluded that it was also because many owners are tense and train their dogs into submission, looking at other dogs as a ‘bad influence’.

Social interaction was off the table, and for me and my desi dog, it came as a shock after being in a sociable country like India. It felt a little lonely, for me and for her. I kept thinking she must always be wondering where all the street dogs were.

I’ll say right off the bat that Portugal isn’t perfect — there are far more dangerous diseases and poisonous insects for dogs than in Scotland. But Charlie has adjusted well. Unfortunately, there seems to be two extremes in this country when it comes to dogs — they’re either roaming free or chained in the yard.

Charlie obviously doesn’t interact with the chained dogs. But, I can tell you that she has had little or no problems with the dogs that wander the village. It has been a joy to watch her play and socialise with them all. It takes me back to India when she would play with the neighbourhood dogs. 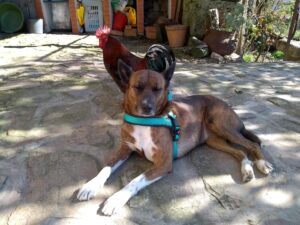 Being here also called something to my attention. I had begun to act like the dog owners back in Scotland, often tensing up when we meet another dog. I began to realise I was also part of the problem.

I discovered that if I relax and greet the dog as a friend, Charlie will follow suit. It told me a lot about owners’ psychological influence over their dogs. Luckily, I know Charlie will continue to teach me many lessons about myself, good and bad.

In Portugal, Charlie has learned to bond and live (mostly harmoniously) with 8 other dogs, numerous cats, and a cockerel, which is no mean feat for Charlie who has a killer instinct (for chicken). If it wasn’t for her, I wouldn’t have any connection with the villagers, and she has really helped me keep my anxiety in check in a new place. What a gift she is, and after more than six years together, we are peas in a pod.

I know for sure Charlie doesn’t like cars, planes or ferries. She is not content on a journey, but she adapts better than I do to new surroundings. There’s a quiet acceptance there, and a trust in me that if I’m there, she’ll be ok.

Despite the guilt I have about dragging her around with me, I know she appreciates me. I’ve always thought that humans are home for a dog, rather than a place. There’s a lesson in there for me, as someone who lives a nomadic life — something that has become less easy with a dog.