Adoption Stories: A Dog and her Rescuer Reunite 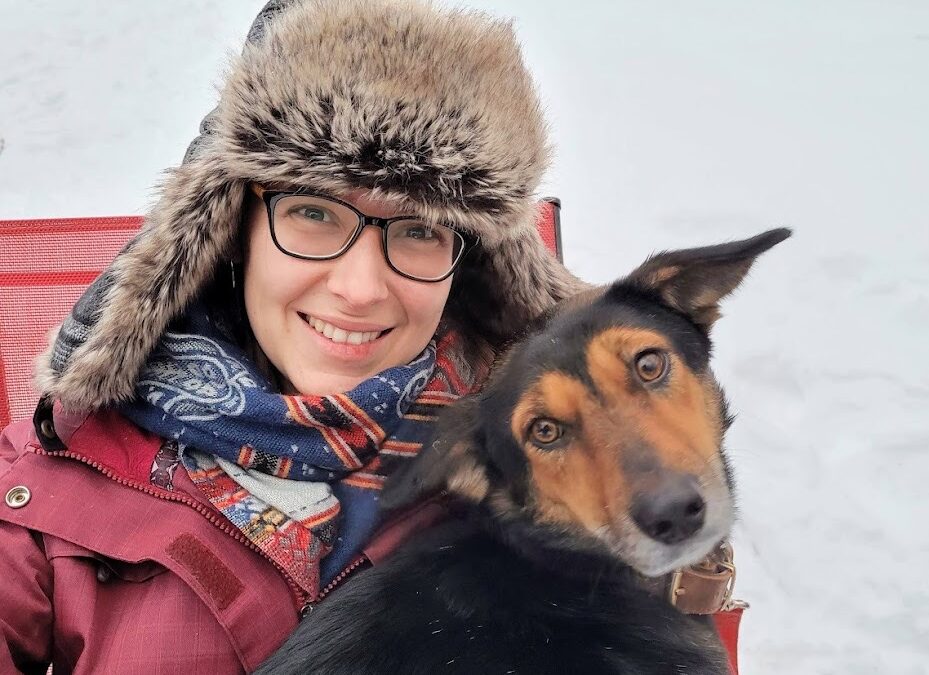 When your dog finds you, you know it’s a special kind of connection.

This can happen a lot in India — there are dogs everywhere. And one or two (or more) will undoubtedly steal your heart. It’s happened to the best of us. We all love a good story and this is a very heartwarming one. I caught up with Raphaële Cadieux-Laflamme, who recounts how a very cute little pup that caught her eye on the Dharamsala streets became part of her family (in a very roundabout way!).

Vaila: I believe you have an incredible Dharamsala dog story to tell. Please share with us how it all started…

Raphaële: I was staying in Dharamshala for 4 months for an internship. Loads of students from other countries were also doing the same internship. We did activities every weekend here and there, exploring Dharamshala and its surroundings. In the middle of November, on our way back from one of our excursions in Kangra, we found a tiny little puppy at the bus station. We saw many puppies during our time in India, but this one was all alone in the busy streets where cars, bikes, cows, buses and a lot of people were just passing by carelessly. Mom nowhere to be seen! After asking a lot of people if they’d seen her mom with no positive answer, we were very desperate. No dogs were allowed where we were staying though. My roommates were telling me to put her back down and just leave her there. So I did. But as soon as I saw her all alone knowing she would not survive, I started to cry. That convinced the others that we couldn’t leave her.

So we sneaked her in that night, knowing that I would have to find a place for her the next day. We gave her milk and boiled eggs and she wouldn’t stop wagging her tiny little tail (the absolute cutest thing). After a good snack, she slept in the hollow of my neck — the only way she would stop scratching herself. She was in such bad shape with missing patches of hair. That’s how we came up with her name: Munchkin. She was cute but looked a bit funny with all the missing hair! 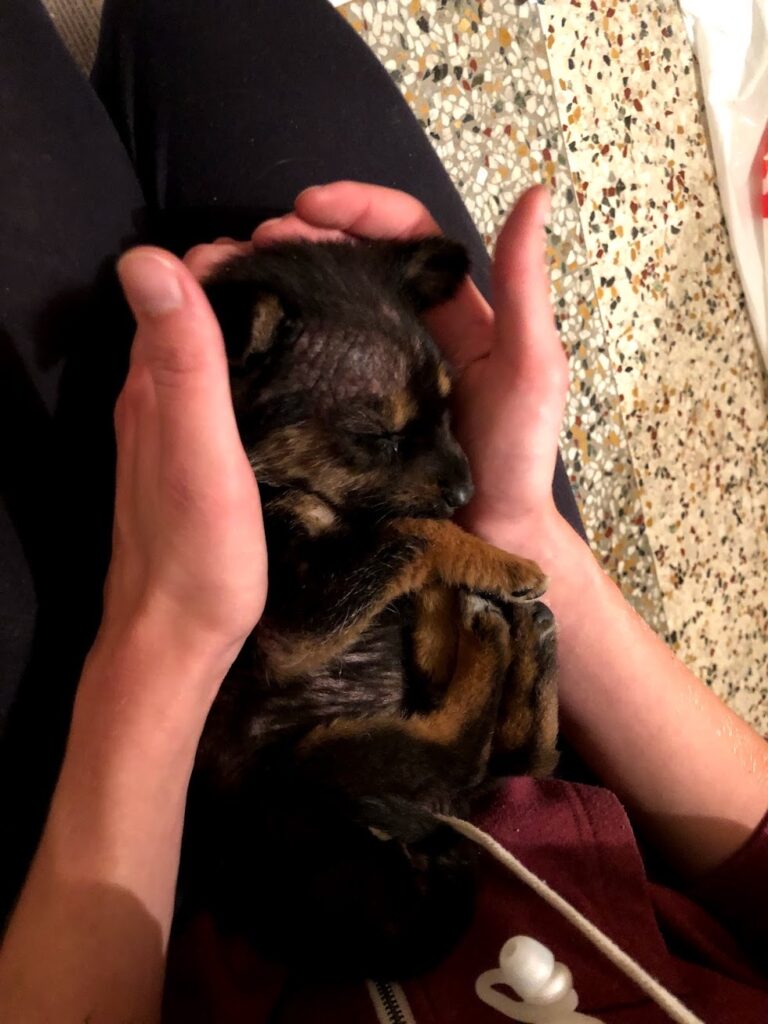 The next morning, we went to one shelter in McLeod Ganj but they couldn’t take her. They told me and my friend to put her back on the street, which we absolutely did not want to do. So we searched on the internet, and found out about Dharamsala Animal Rescue. After travelling by rickshaw, bus, taxi and taking a long walk, we finally got to DAR. When the lady told us she would keep her, we were so happy and relieved! We knew Munchkin would be well taken care of. We left with lighter hearts!

Vaila: How did you feel when you returned to Canada and had to leave Munchkin behind in India?

Raphaële: At the time, I was still living at my parents’ house, and they forbade me to come back with a dog from India (they know how much I love animals..haha). It was actually one of the other students on the trip who wanted to bring her back to the USA along with 2 other puppies we were feeding daily. I was keeping in touch with DAR staff regularly, asking news about Munchkin. That’s how we learned that she couldn’t leave the country yet. It was really sad, but at the same time, I was still just so relieved to know she wouldn’t be put back on the street. I also thought that she would easily get adopted by some caring person; she was so cute after all. 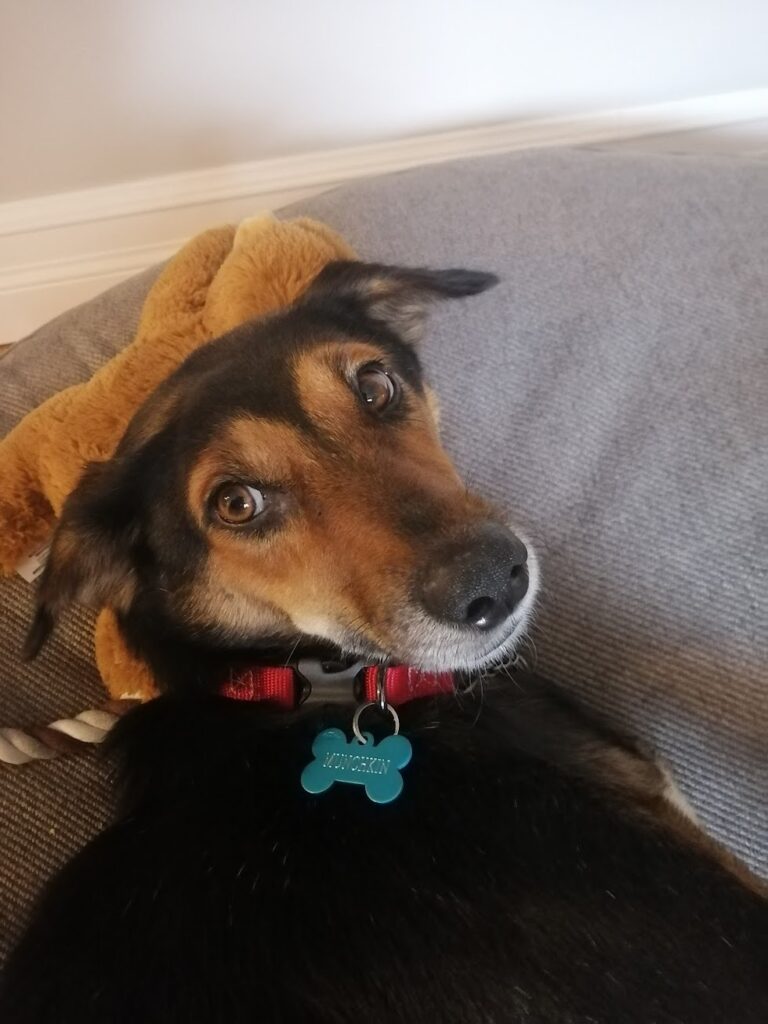 Then a year passed, and I saw that Munchkin was still looking for a home. It made me so sad! I would send Katherine (the friend who helped me get Munchkin to DAR in India) all the photos of Munchkin that I could find on the DAR Facebook page. It never entered my head that I could bring her to Canada. I was still living at my parents’ house, so there was no way I could adopt a dog!

A few months later, my boyfriend and I bought a house! I always knew I would get a dog as soon as I moved out. That’s when I looked up international adoption from DAR’s shelter. I knew Munchkin was still waiting. The moment I realized international adoption was a real thing, I completed the questionnaire. DAR founder Deb contacted me the next day, and we both got so excited so quickly. Unfortunately, due to covid, it turned out to be very difficult to bring Munchkin here, in the end taking about 6 months!

Vaila: What challenges have you faced in reuniting with Munchkin?

Raphaële: Well, it ended up taking a lot longer than expected because of the pandemic. Covid has made everything more complicated, especially moving animals from continent to continent. The pandemic has also made the process of shipping pets to Canada more expensive and raising the money was a big challenge. It felt a bit uncomfortable requesting funds for Munchkin’s relocation. But, when there’s a will there’s a way and everybody got onboard and gave straight from the heart. I’m so so grateful. 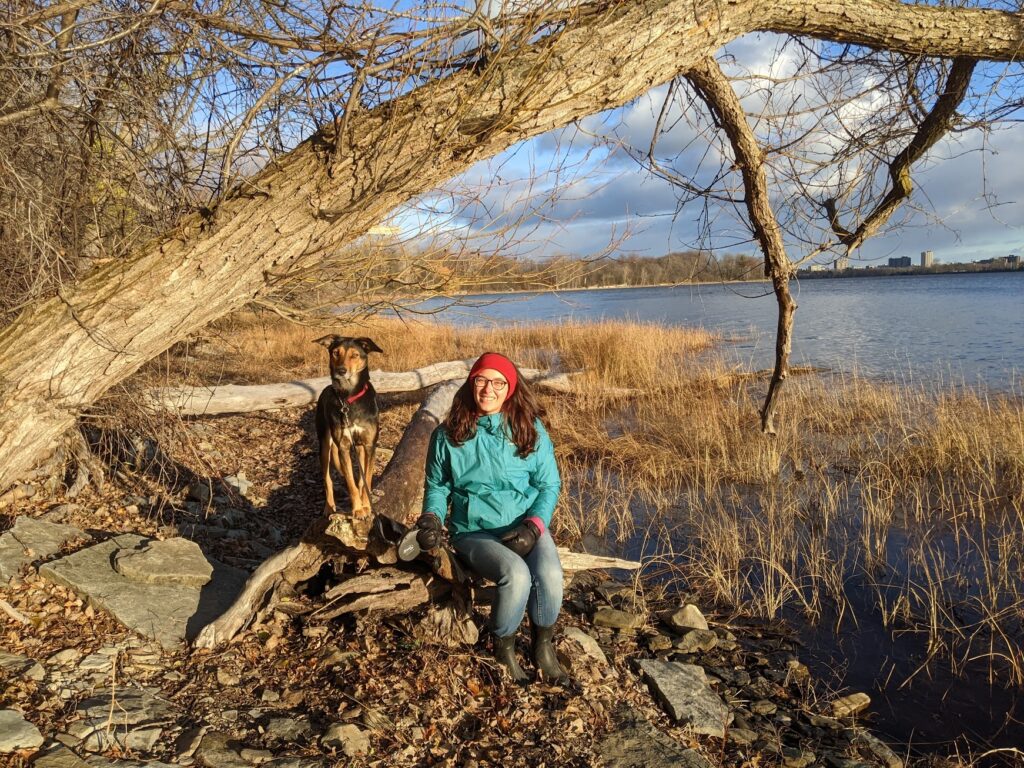 Vaila: Could you give our readers any practical advice about international adoption and the logistics of it?

Raphaële: DAR were so great – they provided all the info I needed about how it all worked, and everything I’d need for Munchkin when she arrived. Marilou, who works for DAR, was even there with me at the airport in Montreal to receive her. It took a lot of the work out of the process and made me feel prepared for her arrival. The hardest part was probably worrying about her on her journey — she doesn’t like being in the car at all, so her journey from Dharamsala to Delhi by car must not have been a pleasant one! But she’s such a happy dog that when she got here and we were reunited, I knew it was all worth it.

Vaila: How has meeting Munchkin changed your life?

Raphaële: It’s just beautiful having that connection — obviously I didn’t know that day I found her that she’d become my dog but it’s turned out that way and I wouldn’t have it any other way. She also makes me go outside more, in all weathers. I have a really hectic life but she makes me take time out, away from work and study, to enjoy nature and the outdoors. We have a cat too and now they’re great friends — she’s brought so much joy to our lives, she’s such a friendly, positive creature. I can’t imagine life without her now. 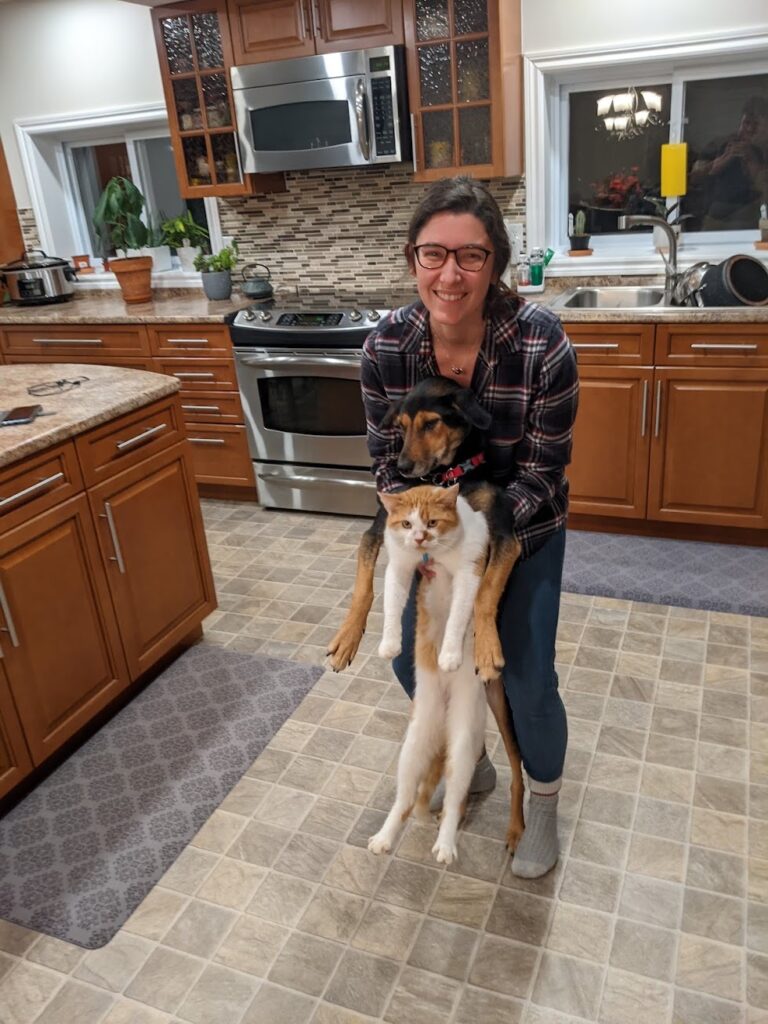 Vaila: International adoption has become more challenging since the pandemic began. Can you talk about why it’s all still worth it?

Raphaële: Her wagging tail when we were reunited told me everything I needed to know. And her tail has wagged every day since then — what could be more worth it than that?

Vaila: Raphaële, thank you for taking the time to tell us your beautiful story — it’s been such a pleasure talking to you.

Watch Raphaële and Munchkin reunite below! Try not to tear up…