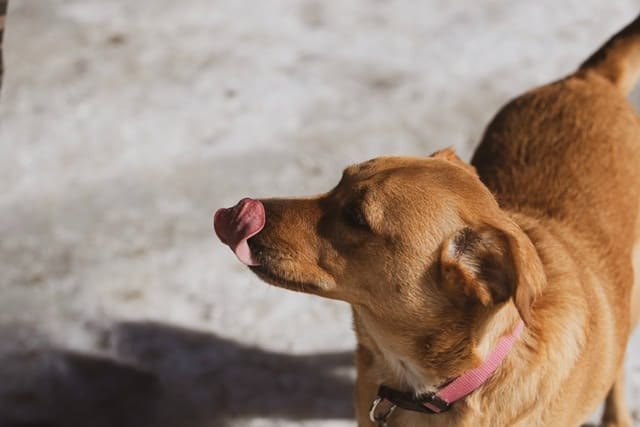 Dogs are brilliant animals, which makes them excellent companions for humans.

They tend to understand humans’ needs and ensure they keep their masters happy by loving them. However, for the relationship to thrive, humans also have a role in ensuring that the dogs feel the connection and love under their care. A dog can quickly become grumpy and unresponsive if you are ignorant and uncaring. To avoid getting out of hand, dog owners should pay close attention to the signs and symptoms because dogs will always indicate when things are not right.  Below are some common body language signs portrayed by dogs.

1) Check the Tail Position and Speed

Dog owners understand that pups come with different personalities and vary as much as humans do. It is essential to understand what this means as studies show different dogs are wired differently. Some dogs are more playful and stubborn, while others want to be left alone at specific times. However, after staying with your furry buddy for a few weeks, you will likely pick a few traits that communicate particular things. It is easy to know when a dog is restless because of fear, or when it is hungry, and when it merely wants to play or go outside. 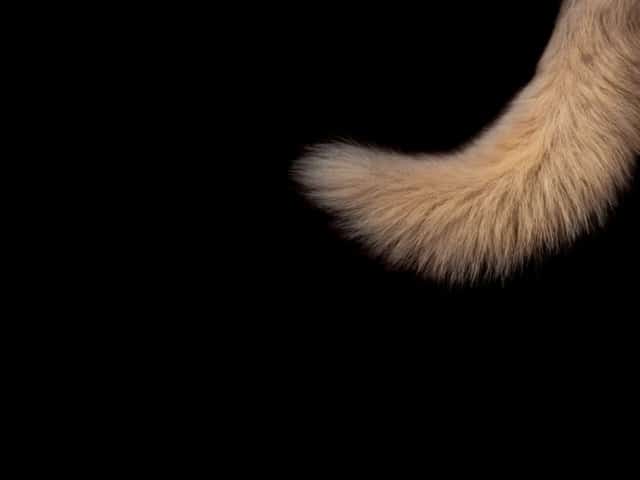 All these will manifest differently in different dogs hence the need to pay special attention to each dog. Generally, though, most dogs will behave almost the same way they want to communicate general information. For instance, when the dog wags its tail low, this is clear communication that you, its owner, is in authority and on top of the situation.  When the opposite is accurate, and the dog has its tail raised with an overall body tremor, it believes it is in authority. It is essential to be careful around it or reverse the situation before it behaves unexpectedly. There is one more body language regarding tails, and that is when the dog has the tail in-between its legs, indicating that it is scared or feeling unsafe. Dog owners need to understand all these signs to be on top of things at all times.

Dogs are smart and will behave in a specific manner when they want their owners to know something. One familiar body language a pet owner must pay attention to is eye contact. Just as it is the case with human beings, the eyes tell a lot about how one feels. Observe your dog’s eyes to deduce what is going on in its head. Just as you would be keen when you shop dog shoes that fit, a keen observer can tell that their dog wants their attention when the dog trains their eyes on them. 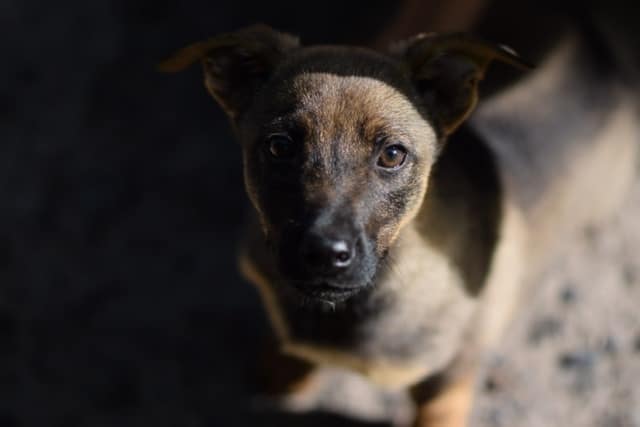 In such instances, the dog wants its owner to do something about it and continue watching until the owner responds. On the other hand, squinting and blinking eyes indicate that all your dog wants is to play around. However, pay attention to the type of squint. In case it appears to be painful, you may have to take him to the vet immediately since something could be wrong with his eyes.

It is easy to tell what a dog is feeling or thinking by looking at the ears’ positioning. When they are high and forward-looking, this shows that the dog is alert and interested in knowing what you are saying and generally what is going around them. On the other side of things, when the dog’s ears are downward looking or dropping, he is probably confused or scared with whatever is happening in its surroundings. 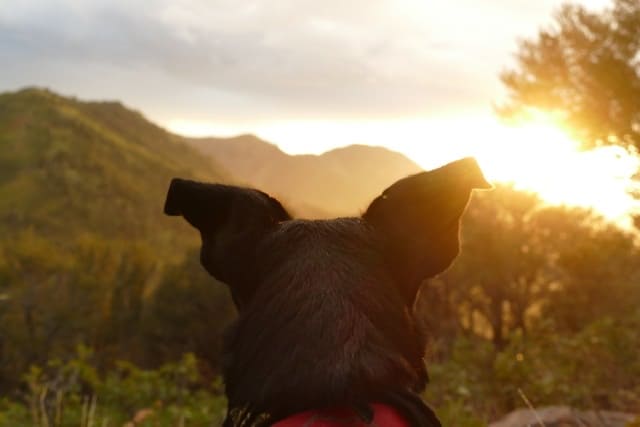 The pup is likely to behave when around unfamiliar people or surroundings since he is unsure about his safety. The best thing would probably be to reassure the dog. It is the responsibility of the dog owner to ensure they are safe.

4) Check its gestures and Facial Expressions

Dogs are pretty much like people in the sense that whatever they go through at specific times will manifest in their facial expressions. Yawning may indicate that the pup is agitated and bored and not necessarily hungry, especially if it is adequately fed. Sometimes, dog owners fail to understand what it means when their dogs lick their faces. 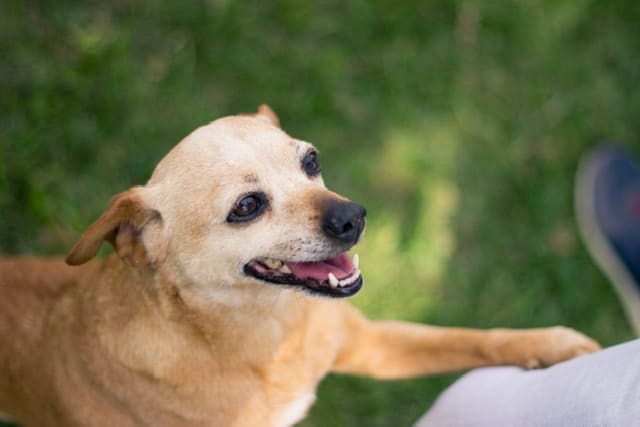 Once you notice that your dog is licking its face, then you need to start looking out for signs of danger or causes of stress. Dogs will often do this when they sense danger or when they are stressed about something. A closer facial expression to this is when the dog shows its teeth. In most cases, it is often a sign of authority and a desire to protect his territory.

5) Check its Stance and Pose

The stance your dog takes is an excellent communicator. For instance, your dog may roll over as a sign of trust and happiness, especially if it exposes its belly. Consider rubbing the dog’s belly because this is one of the surest ways to show and express love in a manner that the pet will understand, rather than giving hugs and kisses. 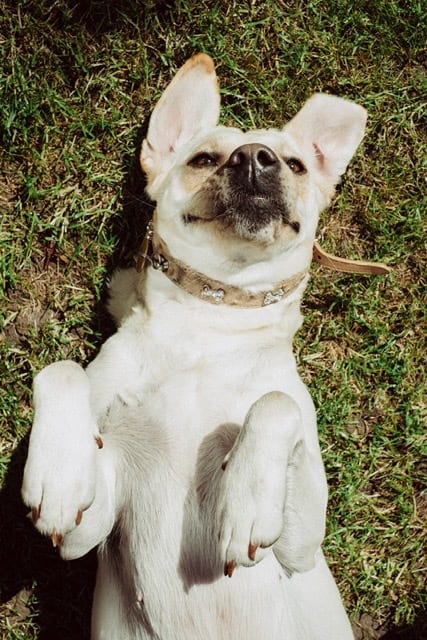 Take note when the pup puts his head on your lap because this is a sign that it needs attention from its owner. If the dog attempts to put its paws on your lap, this is a sign of trying to dominate you. It is easy to tell that the dog is hungry or needs something from its owner when he lifts one paw. In case they want something, they will whine and most likely point towards what they want. Turning their back is a sign of trust and vulnerability.

While dogs have familiar cues that mean similar things, they do not necessarily behave similarly. The dog owner’s responsibility is to learn what the pet is communicating by spending time with the animal. The bottom line is to have a good relationship with your pet and know what they mean by behaving in any particular manner. 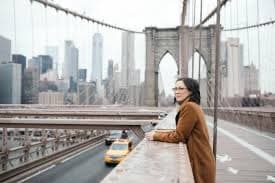 Crystal Willson is a full-time content marketing specialist. She has been closely monitoring the new industry trends. She has worked in various domains be it health, pets etc. On her off days, she likes to spend her time with her family, lift weights, and read novels.